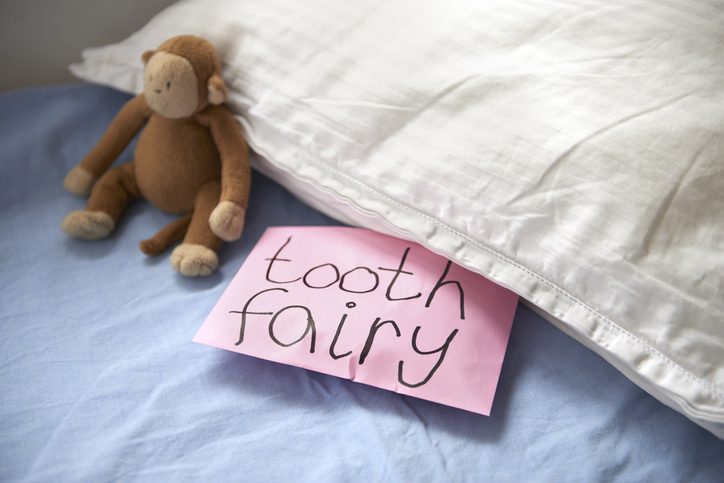 Photo: Getty Images
Parents are upset after a Seven Sharp segment ruined the tooth fairy magic for their children.

Toni Street and Jeremy Wells introduced a segment last week on TVNZ's current affairs show, and warned parents for their young children to turn away while the show discussed the going rate the fairy should pay for a child's tooth - and whether the economic downturn has impacted it.

"It's a time-honoured tradition, but these days it seems like there's more pressure to cough up," reporter Mary-Jane Aggett said.

The story on Thursday night was supported by a survey where 60 per cent said the tooth fairy should pay $1 or $2 per tooth. However, some said the fairy pays much more, and suggested kids go to their dads to get the big bucks for their baby teeth.

Several parents complained on the show's Facebook page, saying the story was a "bad idea" and spoiled the tooth fairy fun for their kids. While some were angry about the story's angle, some were mad about ruining the magic instead.

A parent commented: "This whole story was wrong on so many levels."

"There was a discussion about dads being more generous than mums, an indication that kids can just demand more from a gift and no consideration for the people who give as much as they can," they commented.

"It's not good enough. Sadly you guys have really let yourselves down tonight but I'm sure you will come up with a fabulous way to reinstate this piece of magic for the kids who were watching," the parent added. 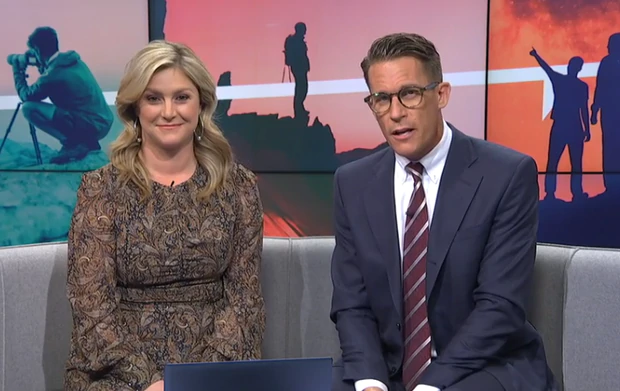 Toni Street and Jeremy Wells warned parents to make sure their children tuned out. Photo: TVNZ
Another wrote: "My son is really upset by the 10-second clip he saw of parents putting money under the pillow."

"They decided to ruin the magic very poor form [sic]," another said.

A viewer questioned: "Are you going to kill off Santa and the Easter Bunny too?"

"Thanks for destroying this for my daughter."

TVNZ replied to the parent's concerns, reiterating they offered a clear warning to parents before the story began, Stuff reports.

"Seven Sharp offered a clear warning for parents so families could choose whether to watch on or change the channel."