Thousands turn out for Wellington protest 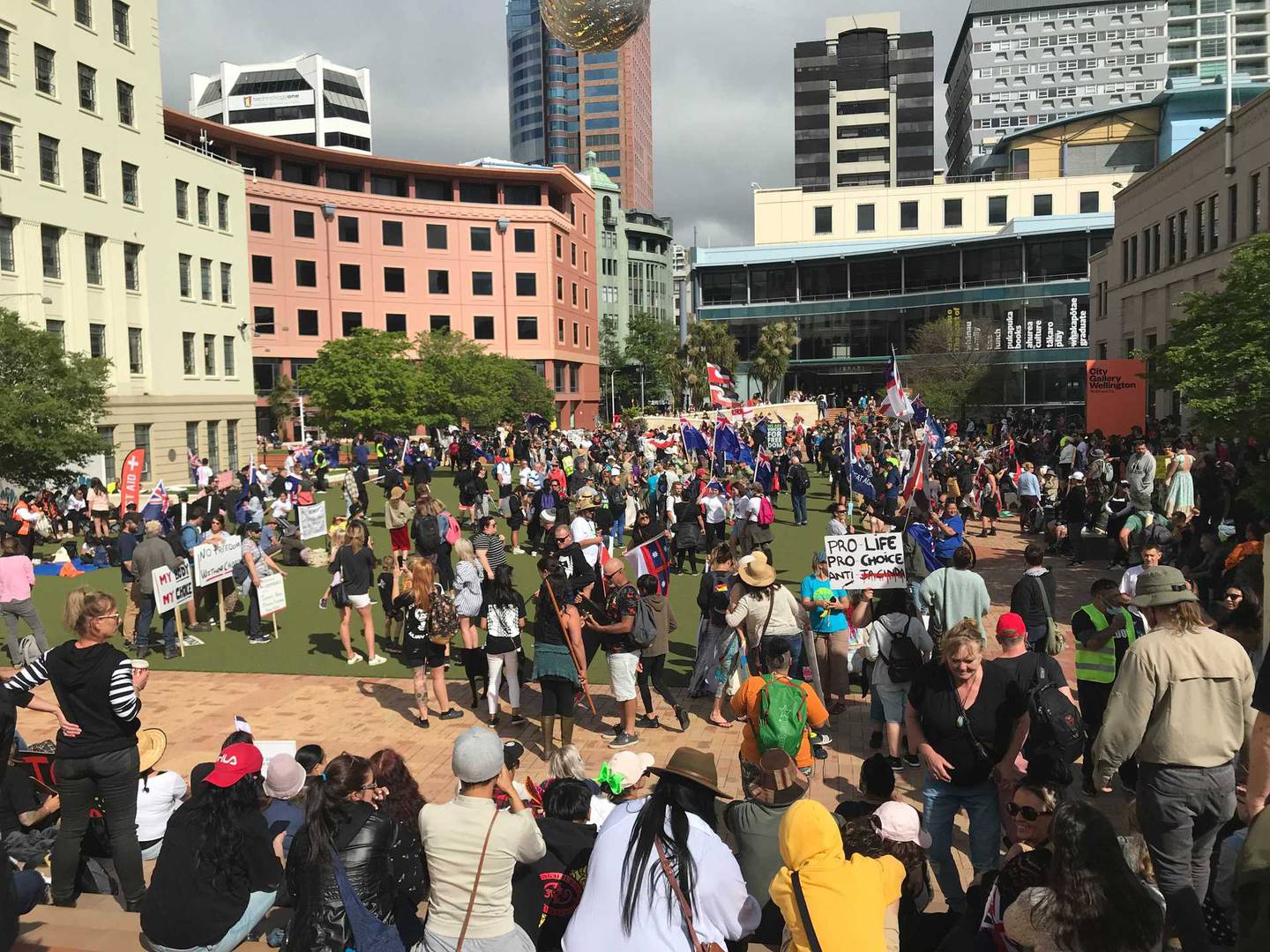 Thousands of protesters have brought Wellington's CBD to a standstill as they march to Parliament in a challenge to Covid restrictions.

A group of around 100 motorbikes earlier arrived at Parliament, followed by protesters shouting "freedom now!"

The crowds include young and old, and a diverse mix of ethnicities. Protest signs range from anti-vaccine to "Trump 2020", alongside tino rangatiratanga and United Tribes flags.

The Freedoms & Rights Coalition is marching on Parliament to present their demands, which include an end to Covid restrictions and vaccine mandates.

RNZ reported around 12.30pm that Parliament's grounds were full to the brim, and speakers were addressing the crowd.

"I didn't come here for a picnic. I came here because you have a habit of not listening to the people," one speaker said. 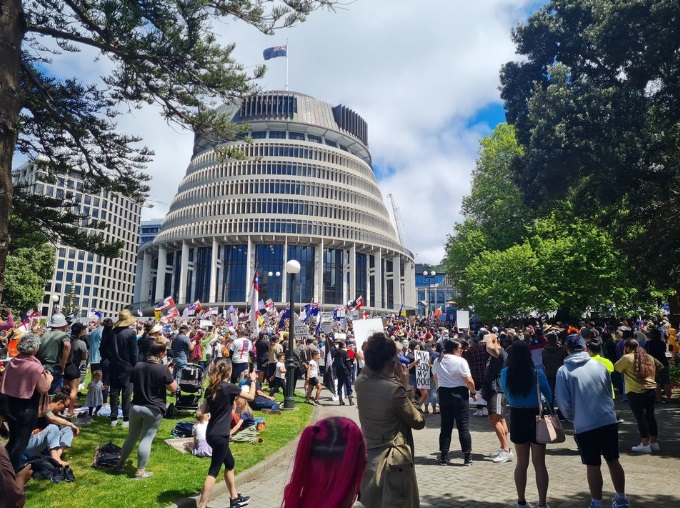 Wellington City Council earlier advised that traffic was expected to be disrupted in the city centre and people should expect delays after 10.30am.

Parliament's Speaker Trevor Mallard said security had never been as tight as it was today.

He said the Parliament grounds were crawling with police and security and all entrances apart from one had been blocked off.

National Party leader Judith Collins also said she had never seen so much security, but hoped the protests would be peaceful.

Parliament's main entrances are all locked down and some protesters have set up ahead of the main march arriving. 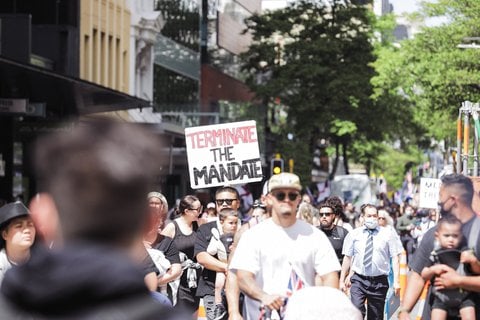 Police are also on the grounds, but are so far keeping a low profile.

People who work there have also been warned to stay alert and report any suspicious behaviour.

Participants include a group of about 30 who travelled down from Whakatāne.

They say they include teachers and even a principal, all opposed to the vaccine mandate which requires a first dose by November 15.

One of the protesters, a special needs teacher of over 20 years' experience, says she is prepared to leave her job, as are many others.

She says about 2000 people have travelled from Whakatāne and the wider region for today's protest.

The woman, who refused to give her name, said she was concerned about Covid-19 but didn't trust the vaccine nor the Government.

The protest organisers say they want New Zealand to "learn to live with the virus". They are calling for an end to the restrictions.

They want Auckland's borders to be opened, the whole country to move to alert level 1 and an end to "no jab, no job" vaccine mandates. 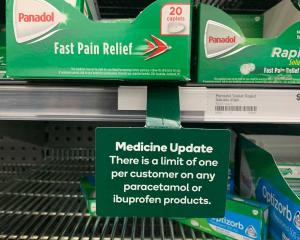 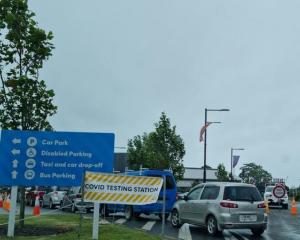