Our People: Selwyn man encouraging businesses to be sustainable 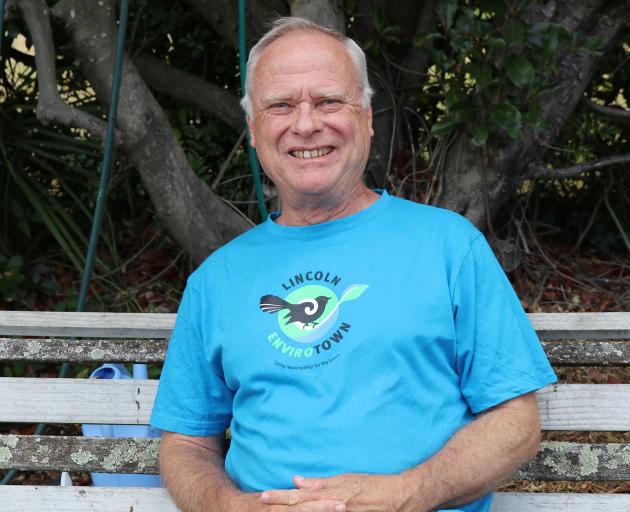 Dave Fitzjohn is responsible for managing the community garden and sustainability projects. Photo: Devon Bolger
Canterbury man Dave Fitzjohn is the Lincoln Envirotown Trust chairman. He talks to Devon Bolger about his work with the environment and how he ended up in the Selwyn district.

What got you started with the Lincoln Envirotown Trust?

Largely it was not quite by accident but I had been away on a long trip overseas due to which I had given up my actual serious day job and then when I got back, I was looking for part-time work. The first one I saw was to be a responsible business co-ordinator [with the trust], which was basically visiting businesses, looking at their environmental, sustainable practices and giving awards. That was at the beginning of 2014 and I didn’t even know about the trust. It was a really positive experience and I was really impressed with the work they were doing.

How did you make it all the way to being the chairman?

First of all, I got asked to co-ordinate the whole responsible thing. Not just wander around, but be in charge of the people wandering around. Then, almost at the same time, I was asked if I could add being a project manager of Lincoln Envirotown to the list. That would’ve been about the beginning of 2015. When I was project manager there, the founding chairwoman was Sue Jarvis, and then came Sam Rowland, who’s still very active in the trust. She was chairwoman for two years. When she packed up as chairwoman, I adamantly thought: 'No I’m project manager I won’t be chairman'. But then, you know, push came to shove and I decided, well yes, I will do it.

What has kept you with the trust all this time?

I have to mention the people. We have a great body of trustees, some who have been there since the trust started in 2007, but enough new ones to keep us adapting and coming up with new ideas. I am not the only part-time employee. The gardens co-ordinator Ruth Wood is responsible for the community garden, the co-ordinator of Selwyn Timebank, Evelien Huismans, and the trust co-ordinator Meredith Jones, who does all the hard routine admin work while I enjoy the high profile stuff. In truth, we do most of the work together and this partnership is a great motivator.

Are there any achievements that stand out?

When I first started as project manager with the trust I was doing a lot of the stuff we had done before. Things like the Kim Hill hot topic and the crafts we do for kids. I think probably the thing I enjoyed the most, because it was me who started it, implemented it and got the resources sorted, was when we did battery recycling in Lincoln which proved quite popular. The other one is the Selwyn Timebank. It’s a fantastic community venture which puts people in touch with each other and gets them helping each other out. This is great for a district that has a lot of new people coming into it. It is growing as all our projects seem to be. 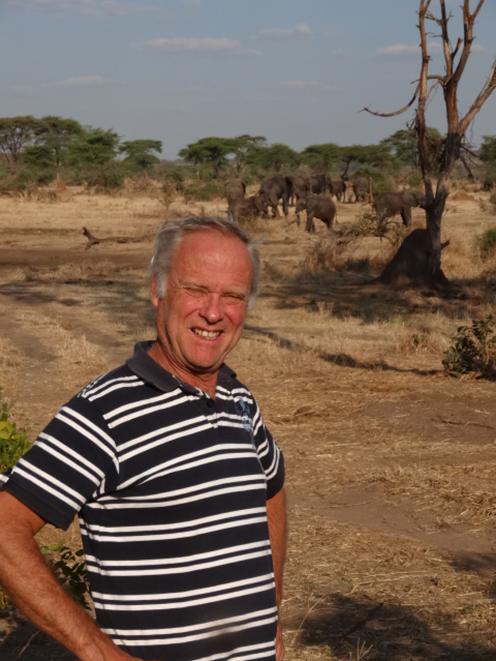 It was kind of an ancient backpackers expedition, we went everywhere. We had to sell a property in the UK because my wife’s mother had died, we just basically took a year off, went to the UK via the Americas and we came back across Russia and Mongolia. It was a total trip of a lifetime, it won’t happen again.

What kind of work did you do?

My old background, you could say, was in education. I was a kind-of teacher up until I came to New Zealand. When I got here, I did work in education for a while but I found it really difficult to go back and be a normal teacher. I lasted about six months at Christchurch Girls’ High School in 2002. Basically, I had been in education administration overseas so I had probably been pretty spoilt and found going back to full-time teaching quite difficult.

How did you end up in New Zealand?

I grew up in Kenya and was there until I went to university in the United Kingdom and then I went back to Kenya to work. My mother lived in Kenya the entire time, she died there. I just really liked the tropics and wide-open spaces. I ended up going back there for about 12 years. I became deputy principal of a school there. I left largely because we had just had a daughter and at the time you couldn’t even really take her in the car with you in Nairobi. You would have a chance of having guns pointed at you from people trying to take your car. If you’re on your own that’s fine but if there is a child it’s much harder. We never actually got held up by the way but that was the atmosphere over there. We ended up going to Singapore and spent about eight years there which was amazing. We visited New Zealand and much preferred that to our frequent returns to the UK to see my wife’s parents. It wasn’t as grey, it wasn’t as cold and it was a lot of fun. So we asked New Zealand if we could come here to live and you said yes. We arrived on September 10, 2001. You can probably guess why that date stuck in my mind. The first news we heard when we got here wasn’t about New Zealand at all.

Why did you choose Selwyn?

We flew straight into Christchurch. We rented just by pure coincidence in Kirwee, we were told it was only 20min from town so thought why not. Then when we started looking to buy, we could get a couple of acres as the same price as what you’d get a two-bedroom apartment for in the UK. We thought wow two acres, we are going to be like kings, so we decided to buy a bit of land in Greendale.

My wife April Fitzjohn was deputy principal at Weedons School for many years and still teaches there. She largely concerns herself with turning kids, staff and parents into eco-warriors. It seems to run in the family a bit.
I also have two daughters one is 28 one is 25. New Zealand and where we live has been really good for them. 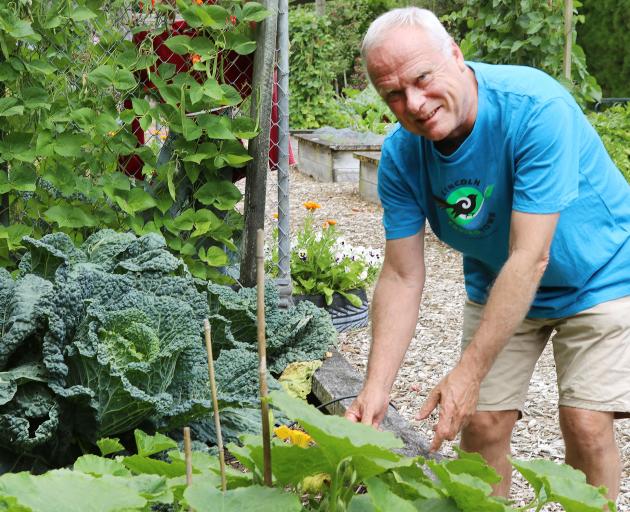 Dave Fitzjohn helps to manage the community garden with the Lincoln Envirotown Trust. Photo: Devon Bolger
Why do you think people should care about the environment?

The thing is: If all of it goes, if New Zealand just becomes one big commercial farm, I think that is a huge loss. I think we’d become a pretty boring bunch of people without a beautiful environment to live in.

What environmental issues are you most passionate about?

It’s an old chestnut and always sounds boring but I actually do think the climate is changing. Not just because of things I’ve read but every time I open the news I would say three or four of the major news stories relate to something going wrong because of it. The floods in Africa and things like that. Every time people say ‘this has not happened before,’ so I don’t need the scientists to prove it to me, we can see it. That is one of my main passions but the thing is, I am really just interested in the environment in general.