Five ducks then a game-winning century 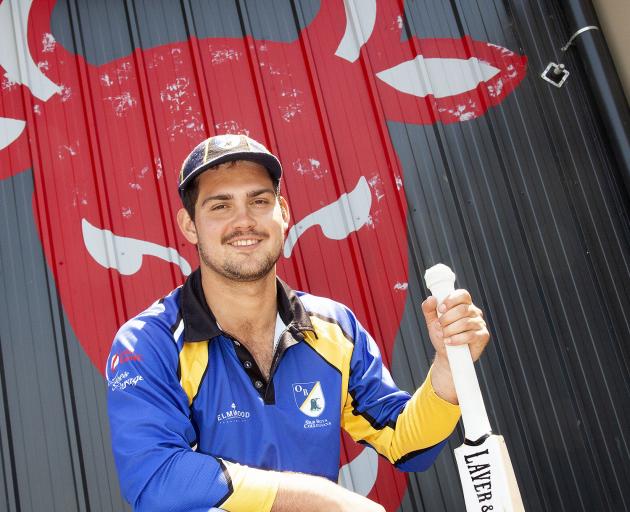 Daniel Stanley smashed 119 from 86 deliveries in a semi-final match winning performance for OBC after recording five ducks and a high score of six this season. PHOTO: GEOFF SLOAN
Watching Daniel Stanley blast 119 from 86 deliveries to help his Old Boys Collegians side book a spot in the premiership one-day final, you wouldn't know he started the season with five ducks.

When Stanley came to the crease with the score at 7/1 after OBC had been put into bat by defending champions St Albans in Sunday’s semi-final he averaged just one run from six innings this summer with scores of nought, nought, nought, six, nought and nought.

However, the horrific form line proved to mean nothing as the 23-year-old went onto smash fives sixes and 14 fours while producing one of the greatest examples of performing when it matters before being run-out in unlucky fashion.

“Getting five ducks in six innings is definitely the biggest slump I’ve been in,” said Stanley.

The former New Zealand under 19 player says he was encouraged through the tough patch by the team’s senior players and leading into the match remembers a conversation with fellow batman Jeff Case told him to be calm and play the game which suited him.

“That’s just being positive, showing intent at the start and just being aggressive. After I got off the mark it was like in my zone for the rest of the innings, it just came freely after that,” said Stanley.

On Sunday Stanley’s ton set the platform for OBC to score 358/6 from their 50 overs before dismissing Saints for 288. They will now face Lancaster Park – who easily accounted for Sydenham – in this Sunday’s final at Garrick Park.

The lowest moment for Stanley came less than 24 hours before his emphatic 119. On Saturday he turned out for OBC’s second XI in the two-day competition after being dropped down a grade, only to be bowled out for a golden duck.

“I thought it would be a good time to redeem myself and get runs, but literally first ball I got bowled top of off stump,” said Stanley.

In spite of the forgettable day, Stanley was recalled to OBC’s premiership side for Sunday’s big match and it proved beneficial.

“To be honest he is an enigma,” said OBC coach Adam Hastilow.

“Dan hasn’t had a lot of luck so far this season, but he has the kind of character that can produce something very special like that and it came off . . . it shows a lot of confidence from David Wakefield the captain and a couple of the other senior players who fought for him to stay in the team when we would have bought someone else in for the semi-final.”