Teams to keep an eye on this season 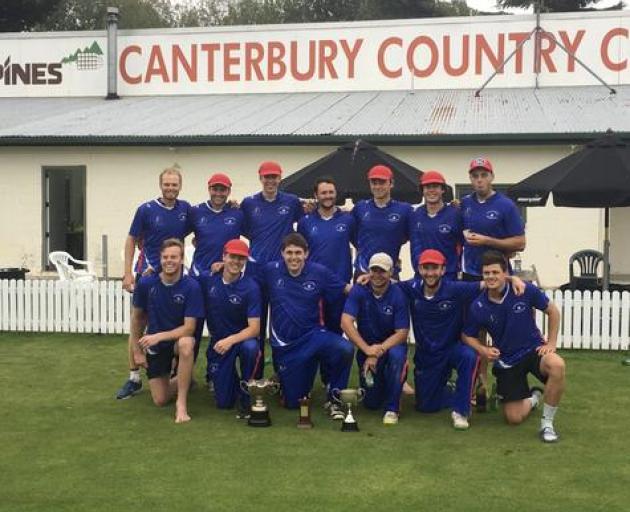 Leeston-Southbridge won both the 45-over and the twenty20 Canterbury Country premier cricket competition last year and will be favourites again.
Leeston-Southbridge are likely to remain the measuring stick for teams in the Canterbury Country premier cricket competition which starts on Saturday. Jacob Page looks at what each team from Selwyn will bring to the table this season

The defending 45-over and Twenty20 competition champions should be the team to beat again this season.

While they have lost Ben Donkers, who is spending the summer in Melbourne, they welcome back Canterbury under-19 and country representative Sam Chamberlain. Rupert Young, brother of fringe Black Caps wicketkeeper Wil Young, will also have a big role to play this season.

Harry Chamberlain returns to the side after scoring 500 runs during a stint in Darwin and will be a key component at No 3.

Player/coach Toby Doyle said depth, especially in the batting ranks, set the team apart last year. And with Donkers being the only omission, they are hoping for another successful campaign.

“Last year, I felt we had a lot of depth in our batting, even I bat quite low and I used to open the batting for Canterbury Country,” he said.

“Equally, I thought in the big games, our fielding is what got us through. We took some good catches in must-win games.”

He said building an innings and batting hard on pitches which suit the seamers before Christmas will be a vital element of a strong campaign.

Darfield received a reprieve which will allow them to undertake their second premier campaign.

They were initially relegated to the senior grade after finishing bottom of the 45-over premier competition last season, while senior grade winners Lincoln were promoted.

However, Kaiapoi pulled out because they were unable to field a team this season, so Darfield were reinstated to the premier grade.

Player/coach Dave Beatty said the team are largely settled andeager to make the most of their opportunities.

“We only lost one guy from last season because he went on his OE but the rest of us were prepared to go down and try to get us back to the top grade,” Beatty said.

Beatty said the close relationships his club have with Kirwee, Sheffield, Malvern and Greendale means there is now a pathway for players from those areas to play premier cricket.

Weedons made the semi-finals of the T20 competition last season but could not gain any momentum in the 45-over format.

Captain Sam Wilson said the return of club junior James Watson at the top of the batting order will be a huge boost.

“He’s a very capable batsman and will hopefully give us a solid foundation at the top of the order,” Wilson said.

“We want to try to build a good team culture with plans for the season and the more experienced players mentoring the younger ones.

“If we can maintain high standards in the field, that will go a long way for us this season.”

The new boys on the block won the senior competition last season and earned promotion. They will be eager to make sure they are not one-season wonders.

Player Richard Clark said this season will be about re-establishing Lincoln in the premier grade.

Canterbury Country captain Jeremy Benton is unlikely to play much for the team as he spends time playing in Ireland, while Joel Harden, who was on loan to Leeston-Southbridge last year, has decided to stay with the title winning club for another season.

Lincoln will welcome back Joe Williams, the younger brother of Canterbury representative Will Williams. He should offer a solid top-order batting option. Carlito Shalfoon, a wicket-taking quick bowler, is set to come on board midway through the season.

“We have a fairly young side, but we played well last year to earn the right to be here,” Clark said.