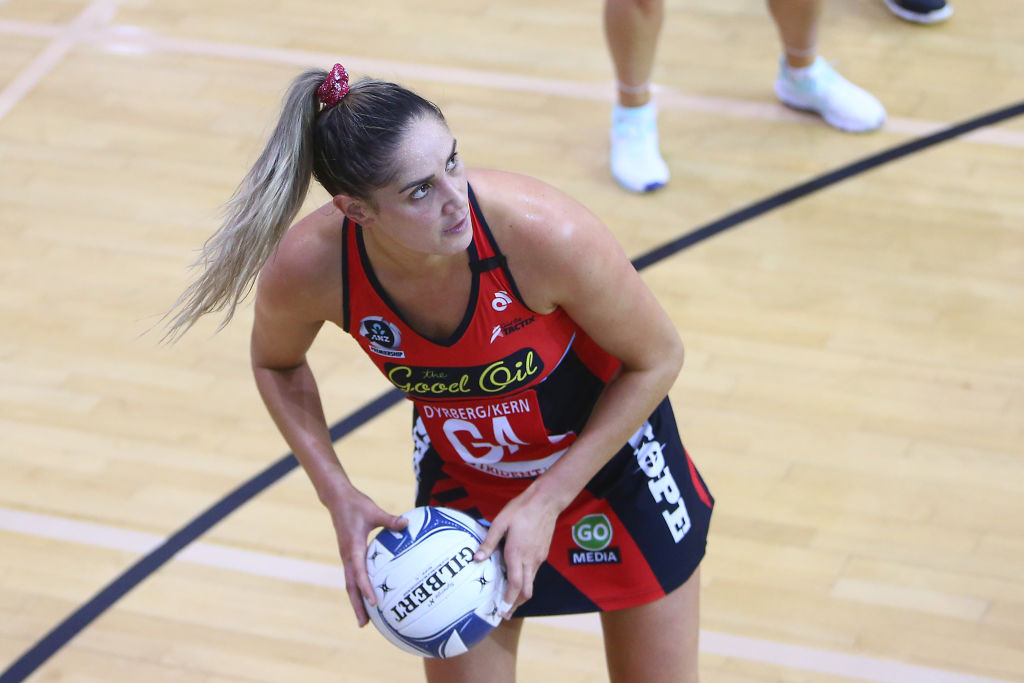 Tactix goal attack Te Paea Selby-Rickit. Photo: Getty Images
A decision has been made to cancel the final preliminary round of the ANZ Premiership regular season - but don't worry, the Mainland Tactix have already booked their place in the grand final.

The round 10 matches between the Northern Mystics and Northern Stars, Mystics and Waikato-Bay of Plenty Magic, Southern Steel and Mainland Tactix, Central Pulse and Stars and Pulse and Magic will not be played and all teams will be awarded two competition points for their respective matches.

The matches that were scheduled for round 10 had no bearing on the Premiership finals placings.

"Decisions like these are never easy to make but we felt it was in the best interest of safety and equity for all teams that we didn't contest the last round," Netball New Zealand chief executive Jennie Wyllie said

"We have been fortunate to play as many weeks of netball, in front of live crowds, for as long as we have.

"But now is the time for us to play our part in keeping the country safe and we will be reviewing future decisions over the coming days."

Wyllie said they would be assessing the Finals Series, which is scheduled to take place in Invercargill on 23 August once they had received more guidance from the Ministry of Health and New Zealand Government later in the week.

The Tactix booked their place in the ANZ Premiership Grand Final with two wins in the penultimate round and will meet the top-of-the-table Central Pulse to decide the 2020 winner.