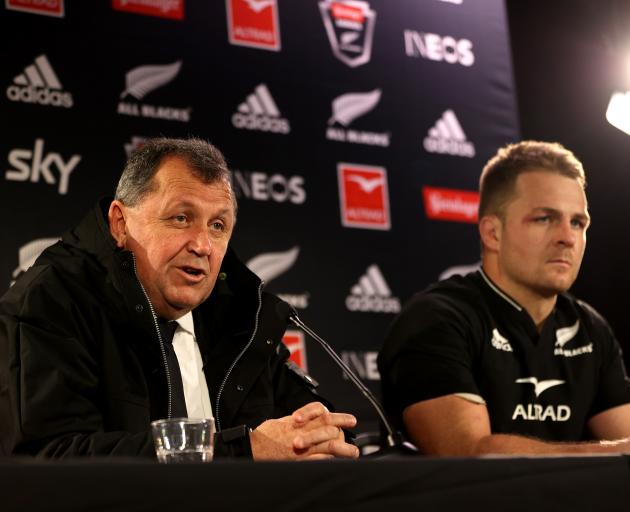 Speculation had mounted through the week that Cane would be replaced by Sam Whitelock but in naming his 36 strong squad for the upcoming Rugby Championship coach Ian Foster has retained Cane as skipper.

"We have taken on board the lessons from the (Ireland) series and are excited about looking forward to the next phase of our Test season," said Foster.

"Rugby Championship plus the Bledisloe Cup remain our top priorities. This is a real chance to show what we are about as a team," he said.

New Zealand Rugby CEO Mark Robinson said the past fortnight has been a challenging time.

"There have been some thorough conversations this week, as there always are around our performance environments, and these will continue.

The bulk of the Ireland squad has been retained.

The squad features the return of Highlanders forwards Ethan de Groot and Shannon Frizell, who have been selected in the full-time squad after providing injury cover during the Steinlager series.

With Angus Ta'avao, Brodie Retallick and Jack Goodhue making their way back from suspension and injury, the All Blacks selectors have called in temporary cover.

Braydon Ennor, Tyrel Lomax and the uncapped Josh Dickson will join the squad for the South African leg of the tournament.

Blues and Taranaki playmaker Stephen Perofeta is the only other uncapped player.