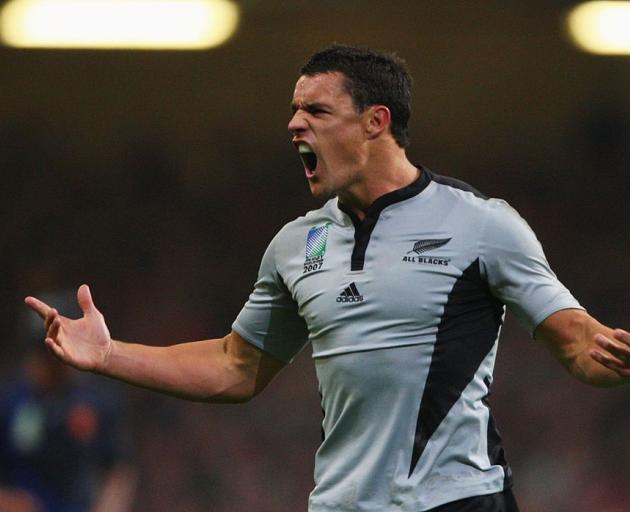 Dan Carter during the quarter-final of the Rugby World Cup 2007. Photo: Getty Images
Dan Carter has opened up on one of the biggest mistakes he made during his career which may have contributed to the All Blacks' heartbreaking World Cup loss in 2007.

In the latest episode of his Facebook video series Kickin It, the All Blacks great discussed World Cup losses with England star lock Maro Itoje, who was part of the side that dominated New Zealand in last year's semifinal in Japan but would go on to lose in the final to the Springboks.

Carter advised the 25-year-old Itoje to make sure he learned from the pain of the defeat, something the former first-five said he regrets he didn't do.

After losing to the Wallabies in his first World Cup in 2003, Carter said he quickly got over it and failed to take the lessons from that defeat, which he says contributed to the All Blacks' quarter-final shock loss to France in the next tournament.

"In a funny way, I'm glad that Maro is hurting a little bit because my first World Cup in 2003 I got over in four or five days," Carter said.

"We got dealt with by the French in the quarterfinals and that one really hurt for a good six months.

"Through that hurt, you do digest what went wrong as a team and admitted we weren't a good team when it came to pressure. I'm not saying England were the same as us but there has to be something in there that they will learn from and become stronger."

Carter said he finally learned to build upon the disappointment of the 2007 World Cup, which ultimately helped towards the All Blacks' back-to-back triumphs in 2011 and 2015.

"England now have a lot of guys who have experience and know what it took to get all the way to the final but not quite get there and that will hurt. It will feed their hunger come four years' time."

Itoje, who was one of the best players in last year's tournament, said he only recently watched the replay of England's loss to South Africa in the final, admitting that it is "still painful to watch".

"The final was extremely disappointing and it took me a long while to be able to watch the final. It was too painful," Itoje said to Carter.

"The first time I watched it back was during the lockdown and I wanted to take lessons from it. There are always lessons in victory and defeat and allowing my emotions to watch the game will make me a better player.

"It was still painful to watch, but I'm more optimistic about the future than the past and we have a lot of good years left in us." 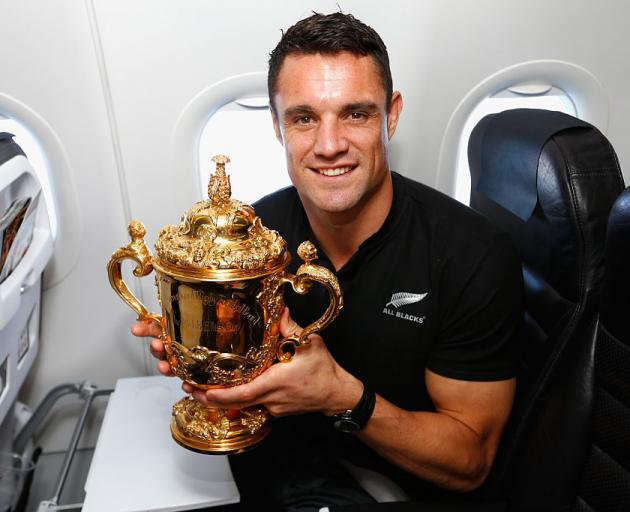 Dan Carter with the Webb Ellis Cup. Photo: Getty Images
Apart from revisiting old scars, Itoje has been taking the positives out of lockdown and the ability to wind down from the usually intense workload of a professional rugby player.

Carter offered the young star some final advice about using the current moment as a time to ponder things outside of rugby.

"There is only so much training you can do in lockdown and that is a little blessing in disguise and it forces you to think about interests outside rugby and what is my life going to look like for me when rugby has finished," Carter told Itoje.

"It has been a great experience for players to go through this process which they might not have thought too much about leading into this."