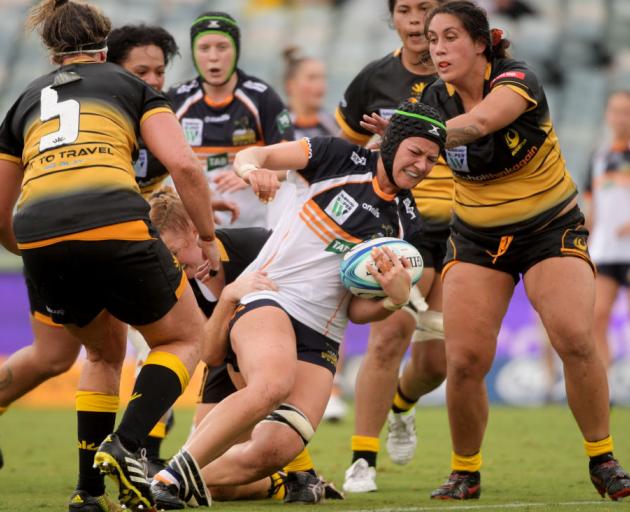 Michaela Leonard is excited at the prospect of playing alongside some of New Zealand’s elite players after starring in Australia’s Super W competition for the Brumbies. Photo: Getty Images
Michaela Leonard happily leaps into the relative unknown, so when an opportunity to play for the Christchurch-based Matatu Super Rugby Aupiki club, the Australian lock jumped at the chance.

A representative basketballer, Leonard’s first game of 15-a-side rugby coincided with the opening round of the inaugural Super W season in 2018, while still acquainting herself with the code’s hefty rule book.

She was clearly quick on the uptake as Leonard was capped by the Wallaroos against Japan the following year and she captained the Brumbies in this year’s Covid-depleted domestic competition.

“I’m relatively new to the game. I grew up doing a lot of swimming and basketball. Then I made the switch to Oztag (touch rugby) and rugby league,” Leonard told The Star from Canberra.

“I’m still learning as I go. I remember watching some club rugby with a friend and asking why they didn’t release the ball (to the backs) from a lineout close to the line.

“I didn’t even know what a maul was so, it’s definitely been a steep learning curve over the last couple of years.”

Canterbury’s rugby headquarters is arguably the ideal finishing school so Leonard had no hesitation in sidestepping the opening three rounds of Super W to develop at Rugby Park and represent Matatu, which encompasses the South Island.

“He said (Ireland) would be fun but: ‘I think I’ve got something better for you’.”

“It was a bit of a whirlwind from asking the question (about Ireland) to having some pretty exciting conversations later that day,” she said.

Leonard will be joined by NSW Waratahs first five-eighth and fellow international Arabella McKenzie for the new competition which plays out next March.

They arrive in early February for pre-season training, and an opportunity to gel with unfamiliar teammates.

“It’s going to be awesome getting to be part of that environment and experiencing what it’s like to just be an athlete and be able to concentrate on rugby,” said Leonard, a qualified physiotherapist.

There will be no time for sightseeing after Matatu ideally win the March 26 final, with Leonard and McKenzie heading straight home for Super W commitments. 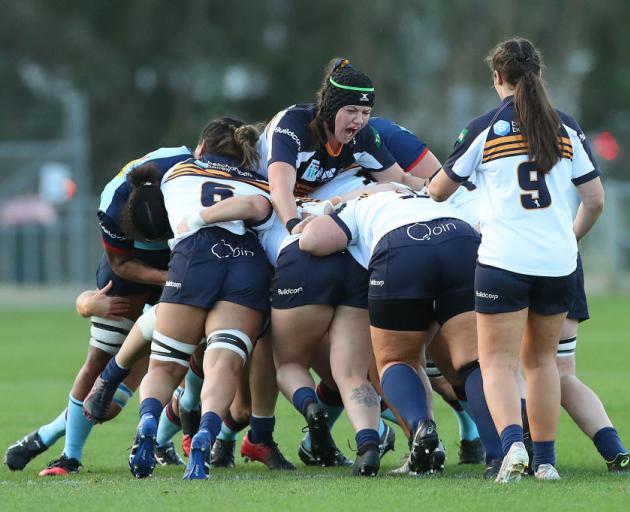 Quick-learning Brumbies lock Michaela Leonard is now familiar with the concept of mauling. Photo: Getty Images
The 26-year-old appreciated the leeway offered by the Brumbies and Rugby Australia, which has an eye on next year’s Rugby World Cup in New Zealand from late October.

“They’ve seen the benefits of the opportunity, there was a lot of positivity,” she said.

“They can see the value in playing against some of the best players in the world, the quality of competition can only make us better players.”

Baxter also expects to benefit from this transtasman co-operation.

“Lock and first five-eighth are two positions where we will need to build some depth over time across the Matatu region, but we know these two athletes will come in and be very competitive at this level,” he said.

It is not unusual for overseas players to include Christchurch on their CV, with Argentina flanker Pablo Matera set to join the Crusaders for next year’s Super Rugby Pacific tournament.

Current Wallabies loose forward Pete Samu was a key member of the 2017 and 2018 championship-winning squads while Fijian wing Nemani Nadolo was a popular acquisition during success starved campaigns from 2014 to 2016. 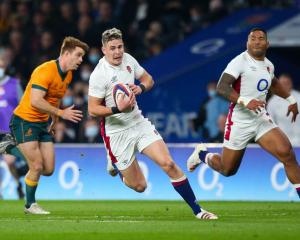