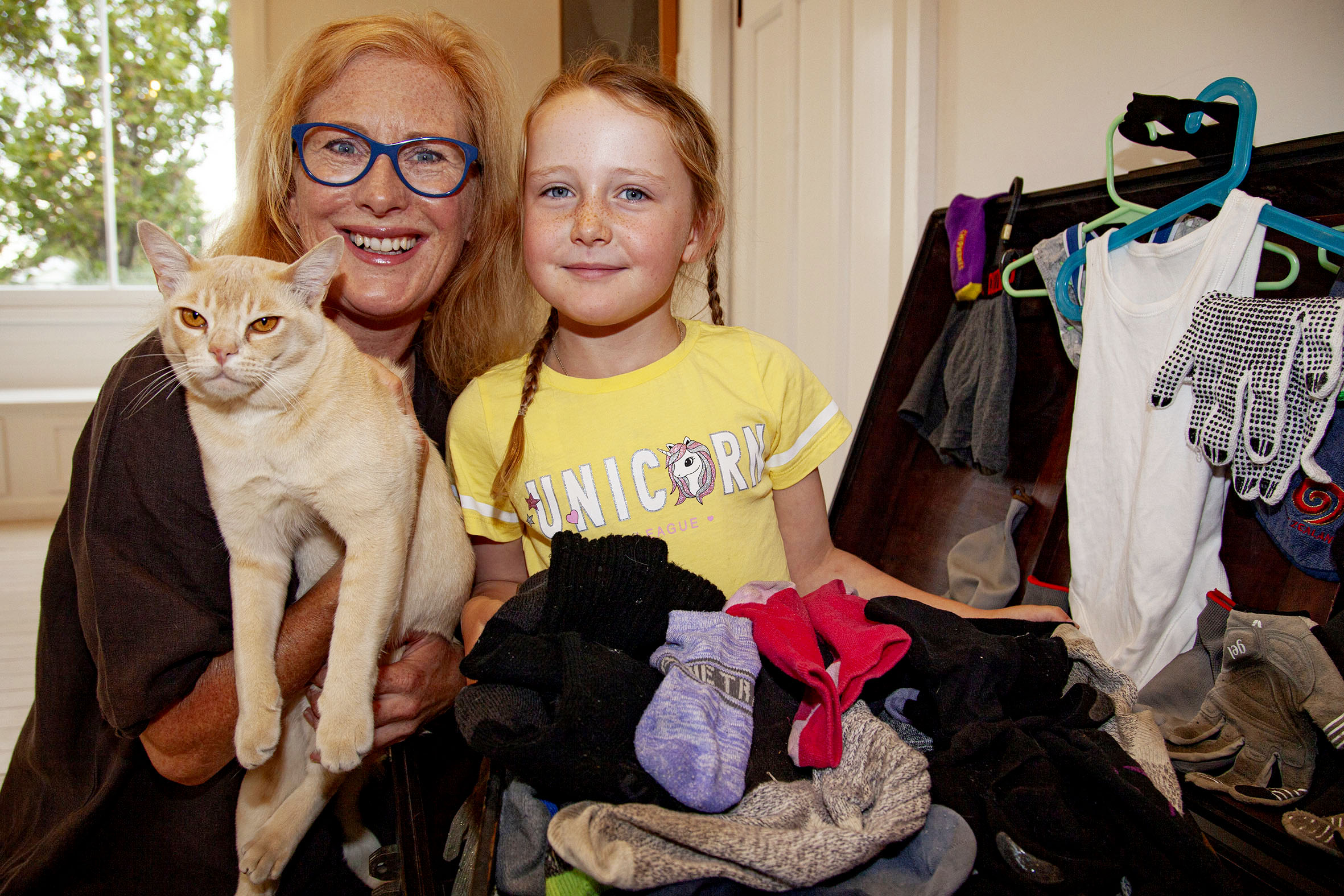 Mette Kristiansen and Harriet Kristiansen-Benge, 6, pictured with Jasper and the items he has stolen from around Sumner. Photo: Geoff Sloan
A suburb of Christchurch has been hit by a strange crime wave - and the culprit is not pussyfooting around.

Jasper the cat lives on Wiggins St in Sumner and has been stealing items from houses as far as two blocks away from his home.

The one-year-old male burmese has pinched items such as socks, underwear, gloves, baby clothes and swimming trunks, among others since before Christmas.

Owner Mette Kristiansen said Jasper’s rampage started out at home where he would take socks off the washing line and chew them up.

But suddenly, clothing she did not recognise started appearing in the back hallway.

“To be honest it was quite funny, it was amusing.” 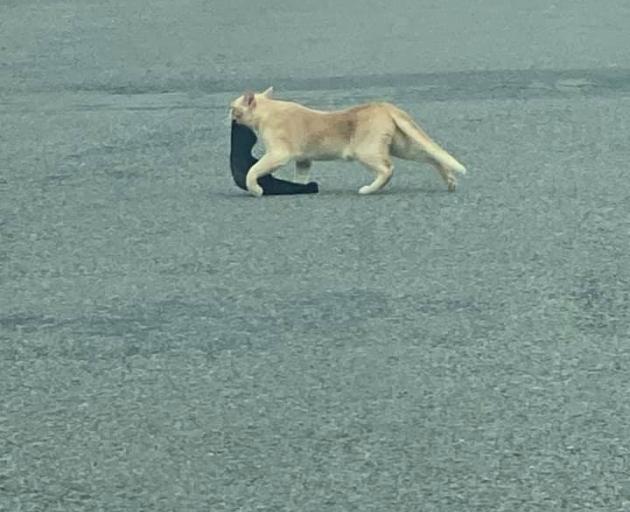 Jasper was sighted stealing a sock by one of his neighbours. Photo: Supplied
Now she is attempting to right Jasper’s wrongs by returning the stolen goods to their owners.

“As time has gone on, I’ve realised that I would really like to find the people who own these things," she said.

"These things are not cheap to buy and I’m sure these people want them back.”

After Ms Kristiansen posted about Jasper’s antics on the Sumner Community Facebook page, one person has claimed a pair of gardening gloves, and another person socks and underwear. 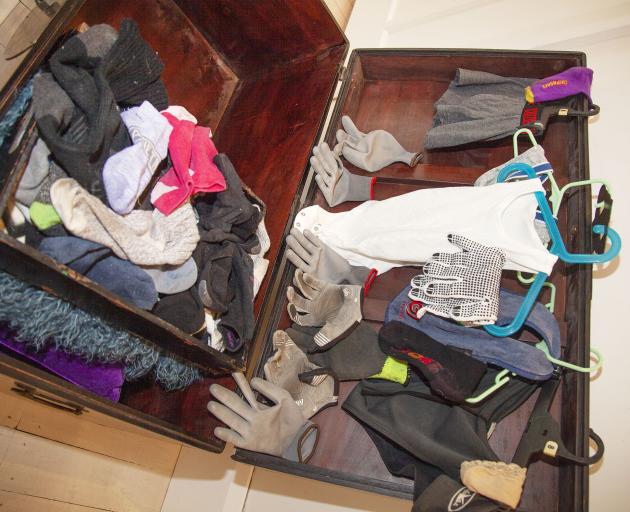 Mette Kristiansen is now attempting to return all of Jasper's stolen items to their owners. Photo: Geoff Sloan
She also has a plastic bin just inside her gate with all Jasper’s loot in it for neighbours to go and claim.

Jasper is not the only sticky-pawed cat in Sumner.

In March, it was reported that resident Sara Buerki’s cat Roddy had stolen “baskets” worth of goods from neighbours.