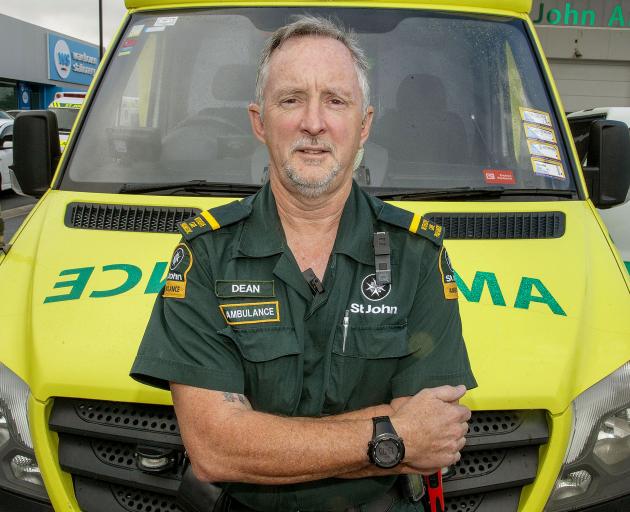 Paramedic Dean Brown is the brains behind an app named 'Triage Plus' which would eradicate issues with providing real-time information to agencies and services during mass casualty events. Photo: Geoff Sloan
A paramedic who was on the frontline for two of Christchurch’s biggest tragedies is using his experience to help first responders during mass casualty incidents.

St John intensive care medic Dean Brown was one of the first on the scene at the collapse of the CTV building in 2011, as well as the Al Noor mosque shootings on March 15 last year.

He said the events emphasised New Zealand’s ongoing problems with providing real-time information to agencies from the scene of mass incidents.

"At the moment there is a real gap in that information," he said.

"We’ll go in, we’ll triage how many patients we can see and how sick [they] are, we’ll notify our comms centre by radio and that’s generally where the information stops.”

In an attempt to eradicate those issues, he is developing an app named 'Triage Plus', focused on providing patient details to agencies as they happen.

He said a similar system would have made a “huge difference” during the 2011 earthquake and the mosque attack.

“All the agencies involved would have had a very clear picture straight away. It [would] help them provide an appropriate response and resources to it.”

Brown’s idea has seen him chosen as one of nine finalists up for TSB Good Stuff People’s Choice awards.

The winner will receive up to $30,000, which Brown said would enable him and others working on the app to complete the project quicker.

He said the app will be ready for trials next month.

“We’re going to be running feasibility trials to clarify what we think it will do inaccurately and we will be doing that using 200 patients. The first version of the app will be available in August and we’re going to run the trials in September. Then we will look to refine the app using feedback from the trials and move from there.”

To view all of the award finalists’ ideas and vote for your favourite, visit: https://tsbgoodstuff.co.nz/peoples-choice/.

Voting closes at noon on July 10 and the full list of TSB Good Stuff grant winners will be announced early August.