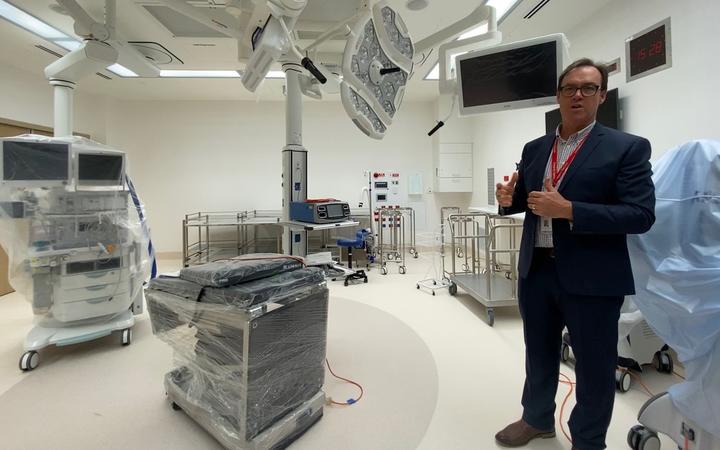 The move is "bittersweet" for staff who say it isn't a solution to Canterbury District Health Board's capacity problems and it won't fully replace the old hospital, as hoped.

However, it is hoped to make a dramatic difference for patients.

Among the $51m of fixtures, fittings and equipment the new building boasts, is four state-of-the-art ceiling pendants in each of 12 operating theatres. 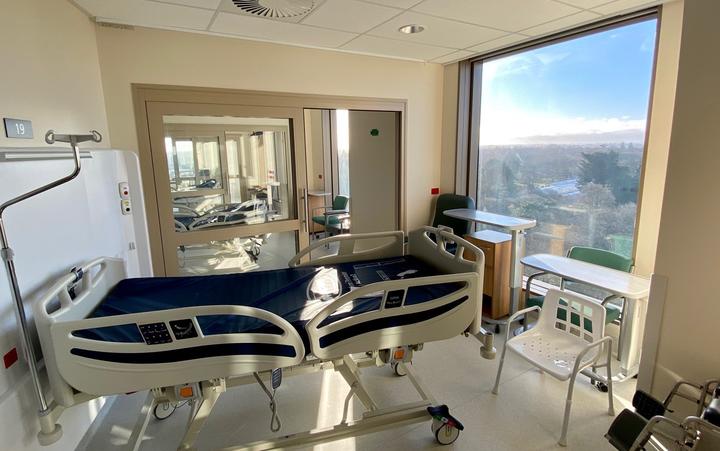 Photo: RNZ / Katie Todd
CDHB clinical lead for facilities Dr Rob Ojala said they were even fitted with video calling technology so specialists could do virtual consultations with colleagues as they work.

"The typical theatre has four pendants - in an old theatre you might have one if you're lucky. Everything's on steroids in a modern setting," he said.

The building also features a mental health assessment area in the emergency department, fold-out beds in the children's rooms for parents to stay the night, and a communal children's play area. 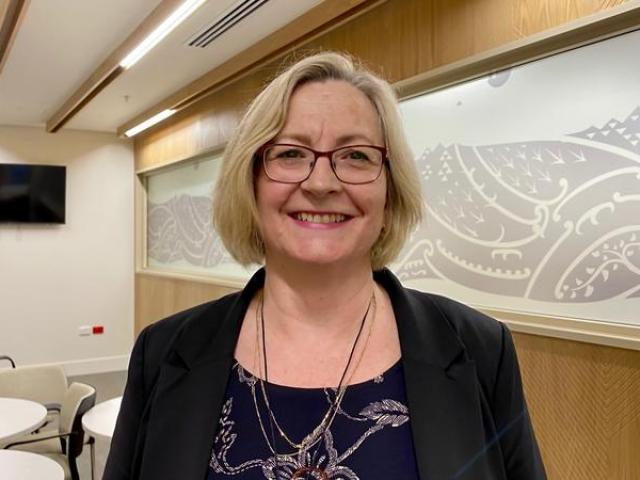 'It provides them natural light, a good view and just much more space and a better environment to be in - and hopefully it will help their recovery," she said.

The opening is two years behind schedule due to plumbing and fire protection problems.

Salaried Medical Specialists Association head Sarah Dalton said the setbacks had been frustrating for staff stuck in sub-par facilities since the earthquakes.

"Perhaps some of the delays, they certainly weren't of the DHB's own making so that's been really tough for staff. Ever since the earthquakes, things have been a struggle - but when you think of how many years ago they were, that's a real contributor to burnout and fatigue on top of the other factors that medical staff face," she said.

Their new home is a far cry from the existing buildings, where only seven per cent of the hospital meets infection control standards.

It will allow the health board to stop renting operating theatres in private hospitals, which it hopes will ease its substantial deficit.

Dr Ojala admitted the new building would not be enough to cater for population growth, with demand for the hospital growing by about 20 beds a year.

"This facility delivers 401 beds. But what needs to be borne in mind is that this facility is a replacement for the Riverside facility. When we look at the washup for this campus it only delivers 35 more beds, as we start to look at decommissioning some of the beds that are no longer considered to be really suitable for modern care." 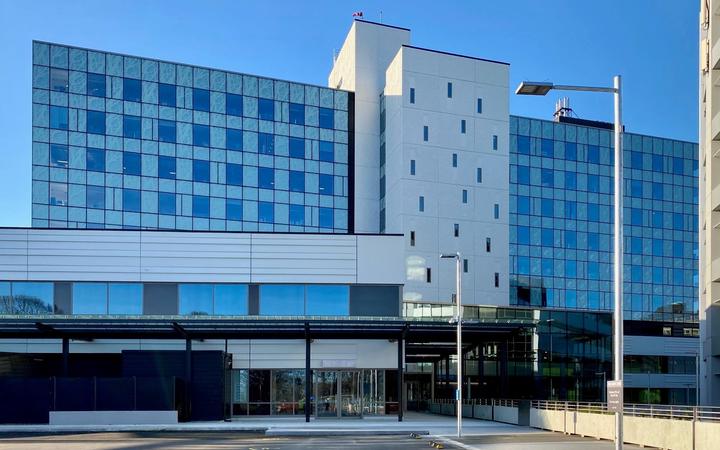 Photo: RNZ / Katie Todd
That meant it would not be enough to fully replace the old Riverside hospital building, which he said was set to be demolished.

"So we are going to have to continue looking after some patients in Riverside. That is far from ideal, but we are in a situation where we have to make the best of the limited options we have," he said.

To boost capacity, the health board and ministry had been looking at building another two towers of wards.

It is not going exactly to plan, with the board settling on one reduced cost ward block with only two floors fitted out, due to what Ojala conceded was a "capital-constrained environment".

Dalton said that was a disappointment for staff.

"Obviously it's expensive but obviously hospitals are major investments and we expect them to be fit for purpose for decades, not a year or two before they're at capacity," she said.

Intensive care staff will be among the first to move into Acute Service Building later this year after cleaning, training and equipment testing.