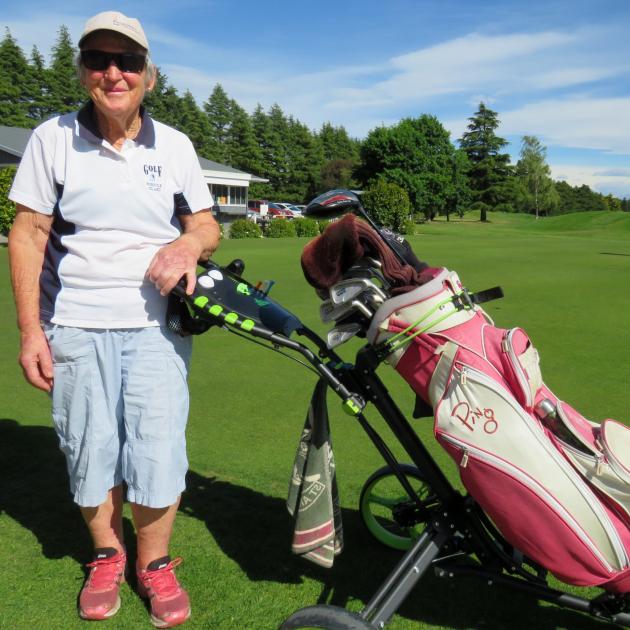 The 76-year-old has enjoyed a stellar season on the golf course and won awards for putting, best nett and stableford.

Helen said she had enjoyed a consistent few months and had been delighted to win the awards.

“I’m generally a good putter, so wasn’t too surprised by that, but to get three awards, it’s great.”

Helen was a regular 18-hole player before her heart surgery and is now weighing up whether to continue playing nine holes or 18.

She only picked up a golf club at the age of 50 and borrowed a set to give the game a go.

Her handicap has been down as low as 17 over the years.

She has won a number of trophies and has been club champion at Ashburton three times.

Just three weeks after heart surgery she returned to her other love, swimming.

“I took it easy and splashed away doing doggie paddle, which was fine.”

Helen has attended six world masters swimming events and has been a keen swimmer since she was very young.

The draw of golf beckoned soon afterwards and she was back playing a couple of months after surgery.

“I was a bit nervous about swinging the club and a bit worried about my ribs, but I did it anyway.

“With my first swing I hit a great tee shot from the 10th hole, made par and just kept going.”

Helen, who is a Mid Cantabrian through and through, says her active lifestyle and positive attitude on life have helped her bounce back so well from heart surgery.

She usually enjoys overseas travel, but with covid putting a dampener on that for now, she intends playing more golf, spending more time gardening and helping others when she can.