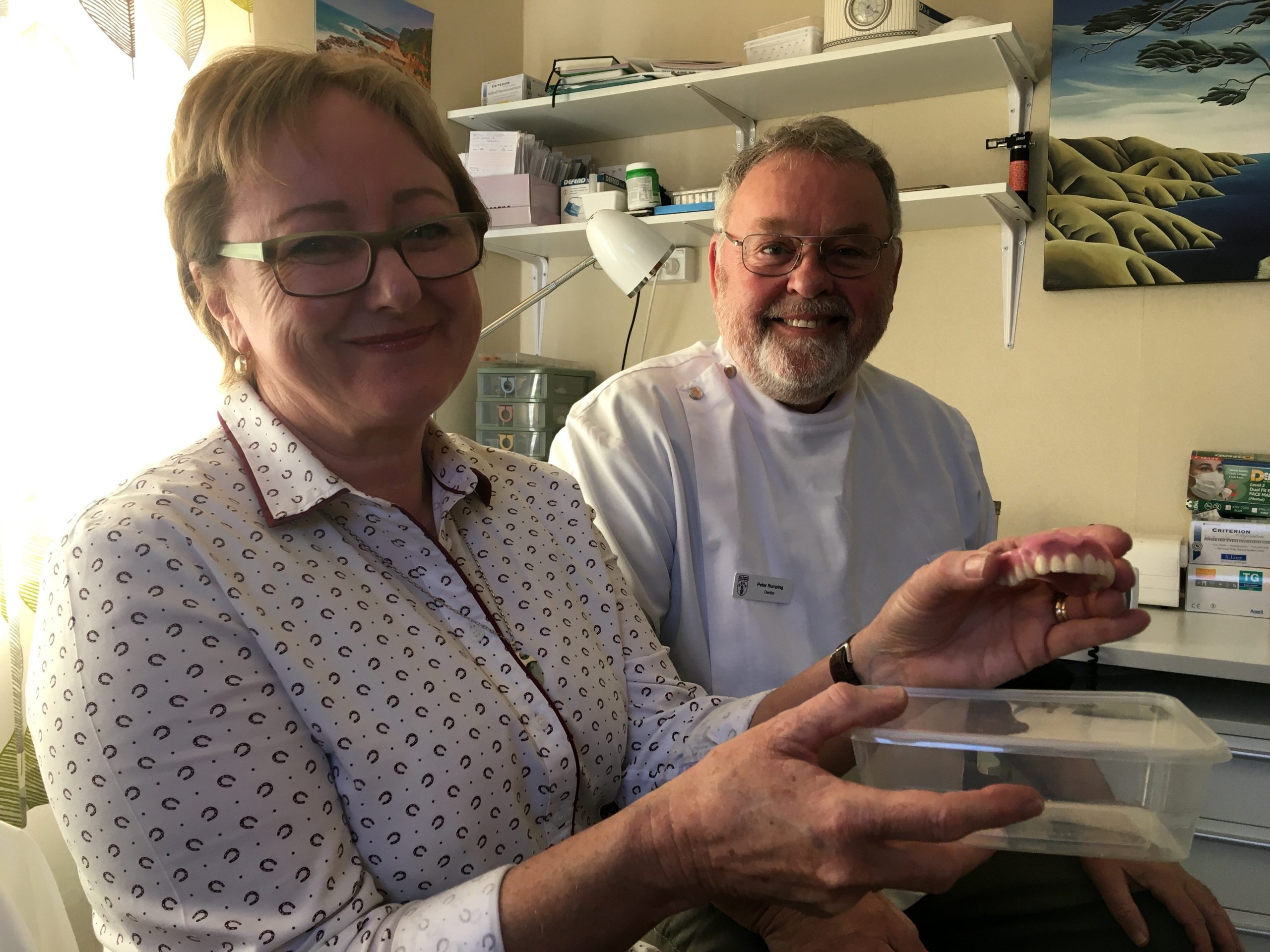 Michelle and Peter Rumping have spent the past 40-plus years working side by side. Photo: Ashburton Courier
Retired Canterbury dentist Peter Rumping met the love of his life not long after graduating from dental school.

It was the late 1970s and, as 23-year-old, he was filling a six-month locum position in Greymouth when he met dental assistant Michelle, nee Hodgkinson, then aged 18.

Within a year they were engaged and living in Wellington; he a practising dentist and she a practice dental assistant. They married in Greymouth in 1981.

The Rumpings’ successful working relationship continued when they opened their own private dental practice on Burnett Street, in Ashburton many years later.

Along the way Peter and Michelle also became parents to children; Claire (now living in Christchurch) and Michael (a music teacher at Ashburton College).

By the time Peter sold the business in 2017, due to health issues and increased insurance costs, he had owned it for 34 years.

Not quite ready for retirement at the time, he worked part-time at a practice in Christchurch before finally putting down his drill and bowing out of general dentistry practice.

Now, more than 42 years later, Peter, 64, and Michelle, 59, are happily working together with Peter fulfilling a quiet ambition to spend a long semi-retirement making and repairing dentures.

The couple know the industry, know their product and work well together, and in semi-retirement they have more freedom.

They do not have the financial burden of running a general dentistry practice, or the pressure of government regulations. Their work life is now at a gentler pace.

Peter said dental practices faced big challenges that should be helped by government under their duty of care. The state of people’s teeth nationwide are not the fault of dentists, he said.

There are high costs for dental practices to operate including providing medical-grade sterile environments, with emergency equipment such as defibrillators on site and the latest high-end technology, most of which was imported.

He thought some dental practices nationwide would find it difficult to continue, especially under the added impact of Covid-19.

Over time there had been major advances in treatment techniques.

A set of dentures can take up to 12 hours work, including laboratory time.

The couple enjoy meeting their clients and have more time to talk to them “without the pressure of running a practice”.

Obviously working and living together they spend a lot of time together, but each has their own hobbies and interests. Peter bikes regularly with fellow retired friends and Michelle walks, does the cryptic crosswords, cooks and preserves.

They are also active within the Holy Name parish.