Lincoln duo to teach the art of becoming a drag queen 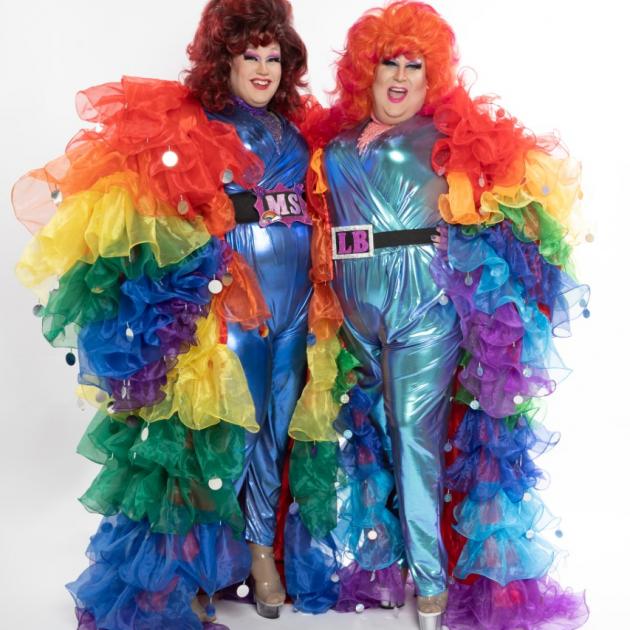 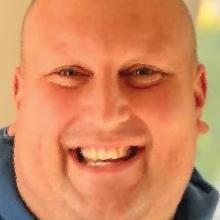 Mark Jackson.
The Drag It Out Entertainment company duo were set to celebrate global Pride Month 2022 by appearing as their fun-loving personas, Lady Bubbles and Miss Shaniqwa, at a free Drag Masterclass in Rolleston over the weekend. However, the event was postponed and the pair plan to hold it a later date.

Collinson, 26, and Jackson, 33, say drag is an art form that is not only fun but empowering as well.

Collinson created Miss Shaniqwa when he was 17 to be able to explore his identity at a time when he did not know whether or not he wanted to be trans.

"Then I found out I could do drag and have this feminine side," Collinson said. 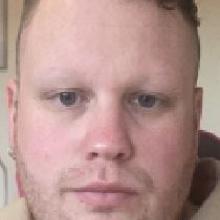 "Doing shows is to be a comedy queen and to make people laugh. It’s an amazing art, you put on this character, you can be this other character."

Collinson said Miss Shaniqwa was sassy and interactive, compared to his own personality of being relatively quiet and shy.

Jackson started drag eight years ago when he bought his first pair of heels.

"When you put on the wig and the eyelashes and stuff like that, it’s like you become just a completely different person," he said.

"When you are so far through your make-up, something all of a sudden just clicks. For me it is the art form and the performance, you are just making people happy," Jackson said. 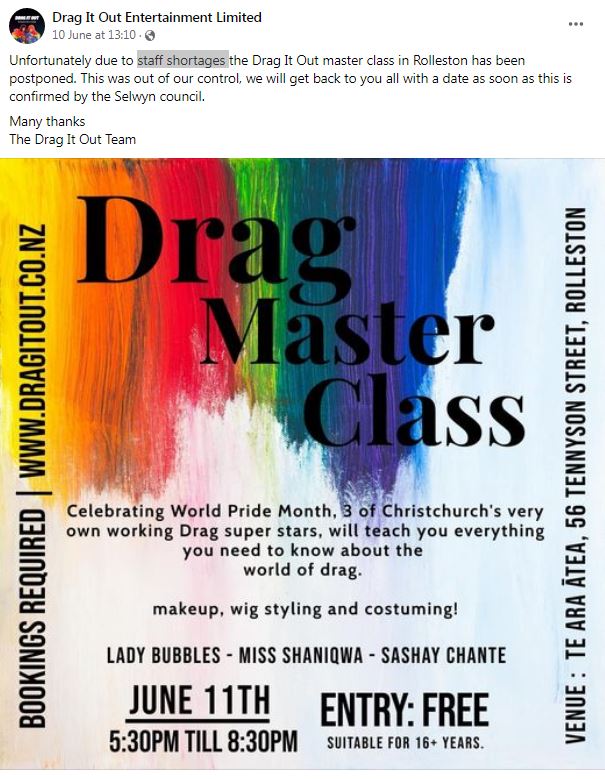 Collinson and Jackson plan to take several wigs, headpieces and glamorous clothes to the masterclass, which will cater for both men and women aged 16 and over.

"We will focus more towards the drag queen side of it, but can talk a little bit about the drag king side of it as well," Collinson said.

They said people will be able to try on some items, as well as get a lesson in make-up, for which they will choose someone from the audience to demonstrate on.

Collinson is a former make-up artist. Stage make-up is included in his arsenal of eyeshadows, lipsticks and foundations, and altogether the make-up case he would take to the masterclass weighed about 15kg.

"The make-up is a massive part of being a drag queen," Collinson said.

"Because you have got to try and make your face a little bit more feminine, we have to put contour in the right place to feminise our faces."

Drag It Out Entertainment Ltd events can be found here.