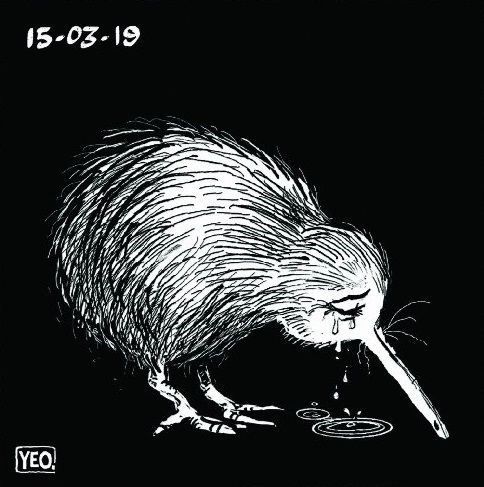 Sean Yeo’s crying Kiwi cartoon gained international attention after the Christchurch terror attack.
Using art as an outlet to make sense of tragedy is not a new concept.

But for two southern artists, their work in the wake of the Christchurch terror attack sent them hurtling into the spotlight.

Mr Yeo was at home watching the news unfold when he drew the image. 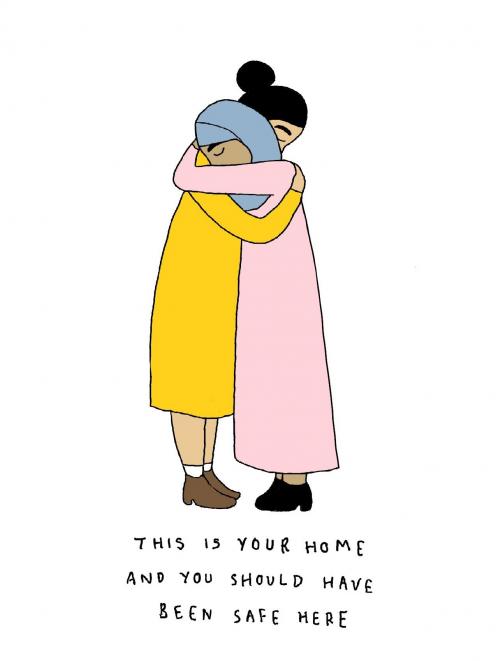 The illustration, created by former Dunedin artist Ruby Jones, which went viral after the March 15 attack. DAISY HUDSON
He uploaded the image to social media, and headed out to dinner.

That was when friends told him it was taking off.

The attention took him by surprise — and he was not entirely comfortable with it.

"For a week there it was crazy, it was actually really overwhelming.

"It was the strangest time of my life.  I’ve never seen anything like it. Because it was associated with such a tragedy, you didn’t really want to be associated with it."

He received messages from people all around the world, thanking him for drawing it. His email and voicemail inboxes became logjammed with requests from international media outlets.

His cartoon popped up on T-shirts.

Then, after a week, it suddenly stopped.

"It was like being in the middle of a weird storm, and then by the following Saturday, it was like somebody turned a tap off.

"You’re left afterwards feeling really drained, like ‘what the hell was that?’."

Artist Ruby Jones’ illustration of two women hugging, one of whom was wearing a hijab, also went viral.

The image also featured the simple but powerful caption "This is your home and you should have been safe here".

Miss Jones, now based in Wellington, said the image was a "very much in the moment, reaction piece".

"I just had this absolute urge to put something good out there."

She posted it on her Instagram, and it quickly took off.

The image was shared by stars such as Chris Hemsworth and Gigi Hadid.

"It was really overwhelming," she said.

Looking back after a year, she said it was still surreal.

"None of it had really sunk in, I think because it was all so fast.

"It was just this absolute bizarre moment tied into something really massive in our country."