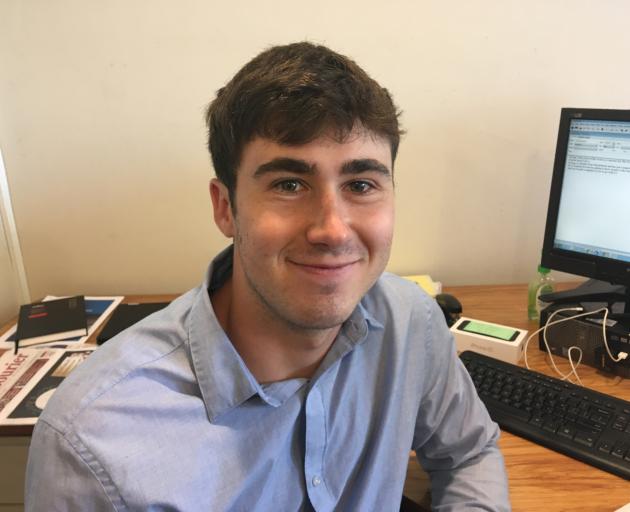 Under my helmet, I heard pop-pop-pop-pop-pop, quick and loud bursts of what I would soon find out was gunfire.

You know how your ears prick up when fireworks go off near your house or a car is backfiring?

I kept scooting along before stopping at the Deans Ave and Riccarton Rd intersection to see a nightmare that had ended just seconds before.

A cyclist pulled up beside me at the front of the lights and I took off my helmet.

People covered in blood were walking towards us from about 100m away, so I parked my scooter as a policeman arrived.

For what seems like an eternity looking back, it was just him and me on that street corner.

I can’t remember how long we were there before more police turned up, but my heart was pounding.

The next moments were a blur.

After half an hour, reporters from various media outlets started arriving. I could see them walking through the intersection, through Hagley Park and standing in confusion trying to gauge what they were looking at.

The initial thought was that a bomb had gone off, seeming like a better outcome than the video I would glimpse on social media as I stood 200m from the scene.

Being a student journalist, I needed to decide what to do, and do it quickly.

The decision still splits me in half today: do something to help, or video the people coming down the road soaked in blood, not knowing the sheer terror they had just witnessed first-hand.

Around me, people screamed.

A policeman knocked a camera out of a journalist’s hands.

With my heart pounding, I found myself helping members of the Bangladesh cricket team (training for their match with the Black Caps that weekend directly across from Al Noor mosque) carry two hurt men into a bus parked nearby.

The men were wounded and groaning for help — now I look back, they were most likely praying.

I don’t know what happened to those two men.

I looked back up and saw others being put into everyday cars, possibly to be taken to the hospital.

It reminded me of what I had seen of the Canterbury earthquakes on TV in 2011, people acting immediately to help while full of fear.

Who knew that, during all of this, the alleged gunman was driving a Subaru Legacy to another mosque on the opposite side of town?

Knowing that I drove the same streets on my commute shook me for months.

I had done work experience with Newshub throughout high school and phoned in to see how I could help.

It was strange to be at the front of a breaking global news story and physically watching the information in front of me pour out to the world.

The streets were empty. A city-wide cordon was in place.

I was told television reporters were now outside the mosque and to go there on my scooter as quickly as I could to pick up camera footage.

Ducking and weaving my way around desolate streets, I felt like I was in a video game, not real life.

There was no sound of any other car — just my rusty old 50cc scooter zipping around Hagley Park towards a murder scene.

I ended up in court to see the shooter’s face the next morning.

In the days that followed, I spent hours outside the burial site with international media, inside family homes of victims for stories, mourning and eating with them.

I attended ceremonies of peace, press conferences, interviews and the Hagley Park flower memorial. Then I worked as a director’s assistant for ‘‘They Are Us’’, the relief concert in Christchurch.

This incident has taken a toll on me. I still struggle to cope with it a year on — and I am not Muslim and I was not injured.

I have learnt you need to keep hold of those you love, be it friends or family.

Be kind and accepting of everyone you meet. Look around and be thankful for what you do have, not what you don’t. The world can be a dark and desolate place if you let it. You have got to be brave and get back up.