Fifty-one people died after shootings at the Al Noor mosque and one in Linwood on March 15 last year during Friday prayers and another 40 were injured.

A statement released about 1pm today said the memorial, at Horncastle Arena from 3pm on Sunday, was expected to attract a large crowd, with many travelling from around New Zealand and overseas.

A major factor in the cancellation of the mosque attack national memorial service in Christchurch was because it was unticketed which would have made it impossible to trace anyone who might later be found to be suffering from Covid-19, government representative and minister Megan Woods told media this afternoon.

Coronavirus has infected over 138,000 people worldwide and left more than 5000 dead. Six cases have been confirmed in New Zealand, the latest on Saturday afternoon, but no deaths.

Prime Minister Jacinda Ardern said while there was no community transmission of Covid-19 in New Zealand, a precautionary approach to protect the health of all Kiwis was being taken.

"This is a pragmatic decision. We're very saddened to cancel, but in remembering such a terrible tragedy, we shouldn't create the risk of further harm being done," she said. 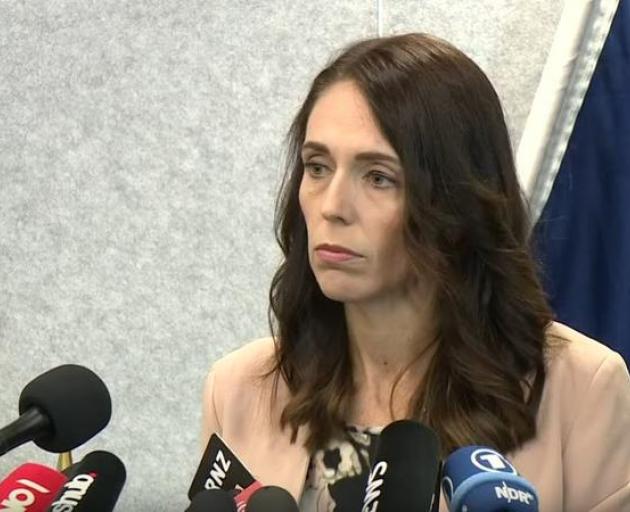 Prime Minister Jacinda Ardern said the decision to cancel was a pragmatic one. Photo: RNZ
"The advice we received for this event, is that based on people travelling from different parts of the country and from overseas, if there was a case it could be difficult to trace those who had come into contact with that person, so we are taking a cautious approach.

"March 15 now becomes an opportunity for every New Zealander to reflect in their own way on the events of a year ago. I encourage everyone to take time on Sunday to remember and to recommit to the values of inclusion and love demonstrated so clearly a year ago."

Christchurch Mayor Lianne Dalziel said the decision was made to cancel the event, given the rapidly changing environment around Covid-19.

She said people could still reflect on the way the community came together on that tragic day last year and build on the compassion and unity shown in Christchurch, New Zealand and around the world.

Dalziel said in cancelling the event "we are asking New Zealanders to come together and to reflect on the significance of the impact this has had on the people who were directly affected".

She said it was a chance to reflect on the nature of the response and the way people came together with peace and love in their hearts and the way that response became a message to the world.

Dalziel said there is an announcement of the Christchurch invitation which the Muslim communities have asked the two women to endorse, which they did readily.

Both the imams from Linwood Islamic Centre and Al Noor Mosque spoke yesterday of "the significance of the need to reconnect, to spread peace and to feed others".

The Christchurch invitation is something all of us can adhere to and share with others, Dalziel said.

Dalziel said consideration is being given to publishing the speeches from the prime minister and others that would have been given had the service gone ahead. "I'm in a position to say that the words can be published and I think publishing them tomorrow would be a way to resolve that.

"The cancellation is in response to the Covid-19 virus and it is a sad thing to do, but I think after reflecting on a number of issues, and certainly for me personally it is very hard to meet up with people who have experienced such significant loss in their life and to feel a need not to embrace, to feel the need to stand back and it is the right decision to make and I want to endorse the decision that it is made to cancel it for that reason."

The Government, the city council and the community had worked together to reach the decision to cancel.

Woods said it had been a difficult decision to make, knowing the huge amount of effort put into planning the event and the significance it held for many people.

There were two main factors in terms of worries about Covid-19 - one is the large number of people who have travelled from New Zealand and overseas, but also the fact that it is a non-ticketed event and the ability to do community tracing, should there be a need to trace someone later identified with Covid-19.

Woods said everyone she has spoken to about the cancellation has had the safety of people at the forefront of their thinking.

"The members of the community that I've spoken to since this decision was made all have one thing at the forefront of their mind and that is the safety of everybody in Christchurch, of all New Zealanders and of their own community, so I think they're taking the precautionary approach, and putting people's safety [first] is absolutely fitting," Woods said.

She said the event can still be commemorated by the things we do in our everyday lives. "That can be smiling at a person, that can be saying a nice word to somebody, that is actually about us taking what we've learned over the last year in terms of peace and unity and turning that into tangible action."

Woods thanked the community for the constructive discussions that allowed this conclusion.

One of the main pieces of advice the Government received over the last 24 hours was regarding the nature of the event and the lack of ability to conduct traceability after the event.

Woods said New Zealand has largely been able to contain the virus and that's because there's been rigorous tracing of people who have come into contact with the virus.

"We were always going to use common sense and be pragmatic as advice came because safety had to be the number one concern."

Prime Minister Jacinda Ardern has now changed her plans and will not travel to Christchurch tomorrow, Woods said.

"The decision has the support of the leaders of the Muslim community in Auckland and Government and is consistent with the decision made to cancel the National Remembrance Service in Christchurch," Goff said.

"It is with great regret that we are cancelling tomorrow's memorial event in Auckland. This is not a decision that we have made lightly but it is the right thing to do in light of decision taken in Christchurch.

"I have spoken with Muslim community leaders in Auckland and they have expressed their view to me that public health and safety is the most important consideration. Tomorrow we will hold in our hearts those who perished a year ago in the terrorist attack in Christchurch. The best way we can honour their memory is to continue to build a multicultural community that celebrates its diversity."

"The health of our whole community has to be the priority right now so we completely understand and respect the decision not to proceed with the event.

"We called this event Stronger Together and we will continue to work with all of our diverse community to ensure we can continue to build a more cohesive community here in Auckland and elsewhere in New Zealand."

Good decision, and sadly I imagine Ill be facing a refund on my much anticipated Dunedin Black caps 20/20 International with Australia match, but thats how life rolls I guess....