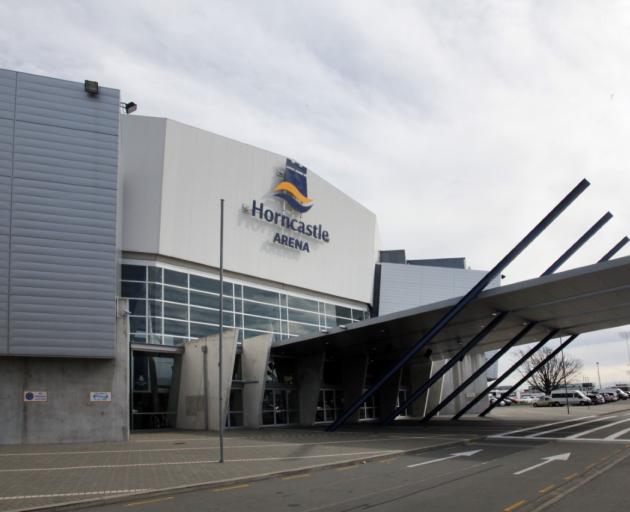 Horncastle Arena. Photo: Geoff Sloan
The National Remembrance Service on March 15 will now be held at Horncastle Arena in Christchurch, instead of Hagley Park as initially planned.

The Christchurch City Council said the change in venue is due to the wet weather forecast for Sunday.

The service will be an opportunity to remember the people who died in the Christchurch mosque attacks one year ago.

However, a peace symposium event scheduled in Christchurch for Friday night has been dropped due to coronavirus.

The embassy of the United Arab Emirates in Wellington had teamed up with the World Muslim Communities Council to host the event but it has now been postponed until further notice due to the UAE government’s stance on Covid-19 to “preserve safety for all”. Organisers apologised for any inconvenience caused.

Christchurch Mayor Lianne Dalziel said Sunday's service will be a chance to "stand in solidarity with everyone affected and come together as a nation that truly values diversity and all it brings".

Fifty-one people were killed as a result of the shootings at the Al Noor and Linwood mosques on March 15, 2019, and about 40 were injured and traumatised.

To mark the first anniversary of the attacks, the service, Ko Tātou, Tātou We Are One, will be held on Sunday.

Local Muslim leaders and members of the Canterbury Muslim community will take part in the service. The programme has been put together with input from those most affected by the attacks, including survivors and families of the victims.

Those who died in the attacks will be honoured in a Portrait of Remembrance on screen at the event while the 51 names are read.

The service will be jointly led by the local Muslim community, the city council, with Ngāi Tūāhuriri as mana whenua, and the Government.

Ms Dalziel says she is mindful of the national significance of what has occurred, but also recognises the impact it had on local communities.

“This will be an opportunity to remember those who died and were injured and traumatised, along with the people who responded, from bystanders to the emergency services and hospital staff.

“It is also an opportunity to reflect on the response which rejected hatred and division and embraced love, compassion and unity.”

The full order of service and further details will be released in coming days. People wanting to leave tributes around the city are asked to make sure the tributes are entirely compostable, with flowers left unwrapped, and any ties or attachments able to be composted.

A livestream of the service will be available here:

People attending are asked to:

Christchurch City Council is following Ministry of Health guidance around the event. This means: