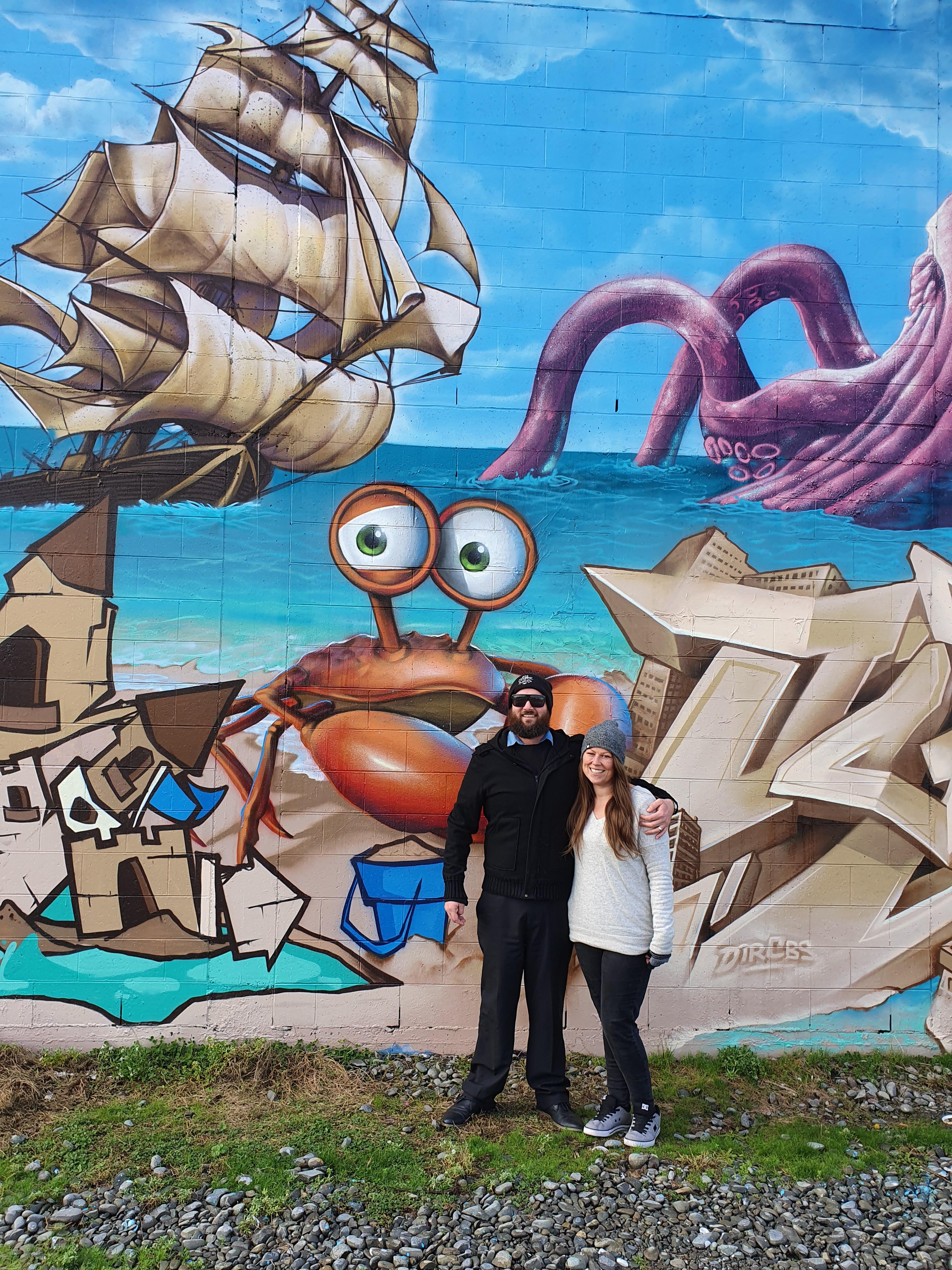 But when they were forced to cancel the New Brighton Outdoor Art Festival just days before its opening due to the lockdown, “depressing” was one way to put it.

The three-day festival was meant to attract more than 4000 people to the beach-side community, but its organisers were not giving up without a fight.

Said Mr Fantastic, chairman of the New Brighton Charitable Trust: “It was depressing, but it wasn’t anger.

"Livelihoods come first and we understand that this is bigger than us.

"We see this as a challenge, this is the way the world is now, so we’ve turned it into a new opportunity to make it better next year.”

The event was to showcase local artists, featuring live painting and music, the unveiling of new murals, demonstrations, workshops and exhibitions.

Photo: Supplied
Although there were no crowds, popular street artists, such as the DTR and Fiksate crews, were able to finish nine murals after the lockdown, located on vacant walls in the area.

In early March, the community also got involved, with more than 40 people of all ages showing up to help paint the words “Orua Paeroa”, drawing on the Māori name for the area.

“We found there were large, prominent areas in New Brighton which were vacant and derelict and had a negative visual appearance for our small community,” said Mr Fantastic.

“Everyone is waiting for someone else to do something about it, so my wife said: ‘Why don’t you do something?”

The murals have given Christchurch artists a chance to express their artwork in a legal and safe environment.

Photo: Supplied
With the community also able to contribute, it gave them a sense of ownership and pride in the "Bohemian village".

“It gives them ownership, like if they were driving past they can point it out, and those people will grow up seeing it,” he said.

The cancellation created a window of opportunity to change aspects of the event for next year, but with Covid-19 creating a raft of uncertainties Mr Fantastic remains cautiously optimistic.

“Next year we’re thinking of having a smaller-scale event, such as a walking tour, and we want to be able to do more [street art] in the greater Christchurch area,” he said.

“We hope more building owners come on board and provide wall space for us.

“But we’re still really nervous about it though; the hurt that we felt ... we don’t want to go through that again.”