A flying visit to Vietnam 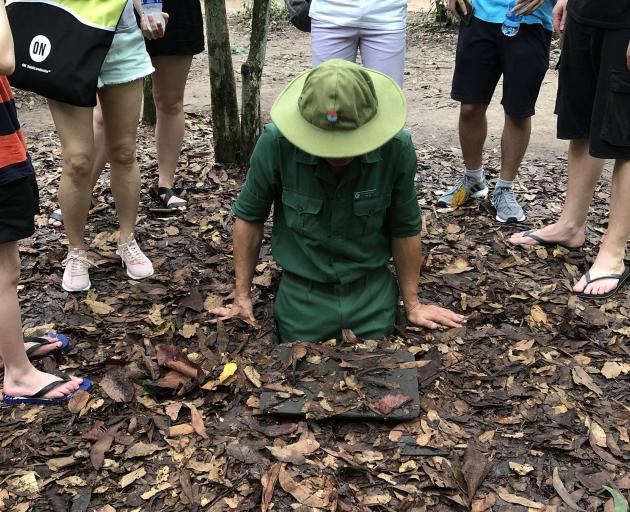 A guide lowers himself into the Cu Chi Tunnels. Photo: Supplied.
Six flights, five cities and four hotels in eight days. Kate Preece dips her toes into a culture influenced by many, yet still very much its own entity.

"You're going to love it,'' a friend said, days before we left Christchurch for Vietnam. He wasn't wrong.

We made an overnight stop in Singapore before spending two nights each in Ho Chi Minh and Hoi An, one in Hue and the last in Vietnam's capital, Hanoi.

He wasn't wrong, either

There are only two seasons in Saigon - wet (May-November) and dry (December-April). A rapid downpour isn't going to deter a Kiwi, especially when the temperatures remain in the high 20s.

Along with the humidity (80%), it's a bit of a shock to the system, as are the seven-million scooters that weave through the streets with incessant honking - the background noise to all cities on our south to north trip.

I'm not going to lie: I had as much apprehension about making our way through Ben Thanh Market, the city's largest, as I had for crossing the road. I had read that the stall holders can be aggressive and persistent, and you must cling to your bags to spite pickpockets.

However, we made it past the weaved bags and placemats, "branded'' clothing and coffee beans without being accosted in any way. If we had been tempted, however, we would have started our bidding at 30% of the offered price, and paid no more than 50%, as advised by our Active Asia guide.

The stories of Saigon's past are told at numerous tourist hot spots today, including the War Remnants Museum and Independence/Reunification Palace. However, for a truly eye-opening experience, Cu Chi Tunnels is a must.

While many tourists make their way by bus to the site of the Viet Cong's intricate underground system, we travelled by speedboat. An hour along the Saigon River enabled us to take in scenes of lifestyles unfolding around this key waterway, saved us up to two extra hours in traffic jams and included the most delicious pain au chocolat (Pat'a Chou French bakery).

In the 250km of tunnels soldiers had lived, worked (making weapons and clothing), fought and died within underground rooms that were up to three levels deep. Above ground they spread hand-made landmines and booby traps designed to slow everything from American foot soldiers to military tanks.

As tourists visiting the Ben Dinh Tunnel site, we can slip down into a hole barely wider than one's shoulders, pull the cover over the top and "disappear'' into the ground below. A replicated tunnel structure two times the original size (still only a metre tall by 30cm wide), better ventilated and well lit, enables visitors to meet the challenge of going 100m. The majority of our group escape after 60m.

Extra purchases could enable you to try your hand at AK-47 shooting at the firing range ($40 for 10 rounds) or come home with a pair of shoes made from tyres that leave footprints that suggest you're walking in the opposite direction.

The art of war is a clever one.

A history of a different kind can be discovered at Fito Museum, which tracks the development of traditional Vietnamese medicine from the Stone Age to today.

One of the first private museums in Vietnam, the six-storey building itself is of interest. Moved from Hanoi, it is remarkably bigger than it first appears, with 14 exhibition rooms exploring different fields of pharmacy.

Whether it's the bamboo houses of the Mekong Delta, the carved figures of the north or the mother-of-pearl use of the south, there's also an opportunity to become more familiar with Vietnam's four spiritual animals: dragon (power), phoenix (beauty), turtle (longevity) and unicorn (prosperity). These animals line the roofs of pagodas - with the unicorn more of a lion than what the Western world depicts - and the turtle often represented through a circular symbol, which, once you start taking notice of it, you will see everywhere.

We finish our journey, aptly, with a cup of tea infused with both lotus flower and the highly revered li minh mushroom. We are told one cup will add one year to one's life. Well, then, drink up. 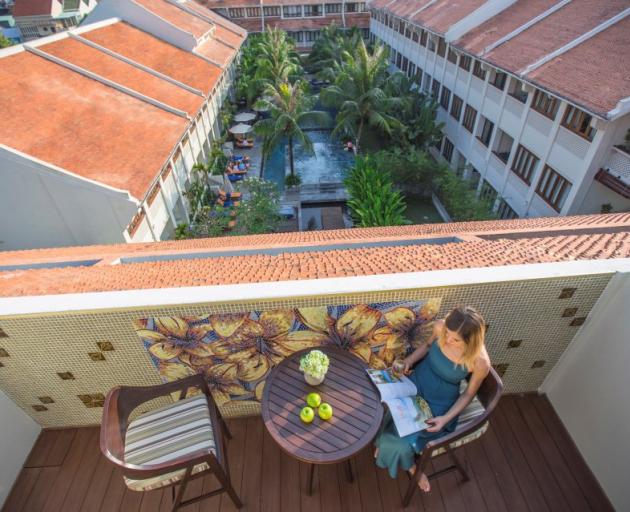 The Almanity Resort and Spa. Photo: Supplied.
Hoi An

There is something about Hoi An. A 45-minute drive from Danang airport, it's warmer than Ho Chi Minh, with a much smaller population (about 150,000, versus 8.5 million of Vietnam's largest city).

It almost feels as though you are walking through people's backyards once you start winding your way through the city streets. Houses are being built, reels of wire are being straightened out and, down an alleyway, you see normal family life taking place.

There are tailors aplenty, though I settled on purchasing some custom-made shoes. A bit of bartering and 24 hours later, I'm picking up a pair of sandals in Vietnamese leather that truly do boast an amazing fit - all for $30.

The half-day cycle tour became a trip highlight - despite not being able to remember the last time I was on a bike and the "anything goes'' approach to road rules. Water poured from the sky, pooled on the roads and had us completely soaked, but we weren't cold and we gained a much wider view of life in Hoi An.

From rice paddy fields and their free-ranging water buffalo, to shrimp farms and the rivers complete with fish traps (bamboo sticks arranged in large circles), we rode easily among the lush landscapes that surrounded them. At the Thanh Ha pottery village, where 300 families live today (not all making a living from pottery any more), we try our hand at making small vessels from the clay sourced from the nearby river.

The houses here are raised well above ground level. Vu, our Active Asia guide, explains that this is due to flooding that was once an annual event, with river water rushing in through the village to heights of 2m. Yet, never was this seen as a catastrophe. Rather, a way to wash away pests - from termites to rats, and fertilise the rice paddy fields. It was good luck. Today, man-made dams in the mountains make the floods less frequent and Mother Nature's way stymied.

At Tra Que "farming'' village we see perfectly maintained strips of lettuce, mint, spring onion and morning glory create a patchwork of green, in all its shades. Each family owns 100-200sq m of space, which they tend laboriously, using only homemade seaweed tonics to boost growth of their year-round gardens. These organic vegetables are then taken to the market and sold. The leaves of the water coconut are used like netting, fending off birds and providing shelter from the sun.

As night falls, the streets become aglow with brightly coloured lanterns and the Thu Bon River covered in sampan and floating candles. Flanking both sides of the river are eateries serving everything from pizza and beer to traditional Vietnamese food. While deciding, we stopped in on the 300m-long Nguyen Hoang Night Market, a place for souvenirs and snacks - a fried frog, perhaps?

One of the best reasons to add Hue to your itinerary is so you can experience the 21km Hai Van Pass that serves as the border between what was the former capital and Danang. There's a 6km tunnel (the longest in South East Asia), but it's all about the views on this journey.

A quaint pitstop, halfway up (500m), is enough to cast views down over a picturesque village (a former leper colony), across the sea to the Marble Mountains, Monkey Island and everything in between.

Once back at ground level, myriad shops sell eucalyptus oil, as the surrounding hills are covered with gum trees that are felled and replanted for use as wood chip and paper. There are lotus farms, which send the flowers and seed off to be used in cooking and tea, and the largest lagoon, Tam Giang (20,000 hectares), on which entire families live in boats.

Then, you reach Hue, another city in which history has left many a story worth hearing.

The fourth emperor of Vietnam's Nguyen dynasty, Tu Duc (1829-1883) had 104 wives, more than 100 concubines, three adopted sons and an incredible tomb. He created a sanctuary across 12 hectares, on which 40 buildings were built from 1864 and at which he spent many a day before he died. His final resting place is a secret - all his 200 servants were beheaded upon his death.

From the peaceful oasis planted with jack fruit, frangipani and pine trees, we head into the city centre's most revered icon - the Imperial City.

Designed by the French, it is 10km in diameter, with walls 21m thick. After the war, the 140 buildings once held inside were reduced to 20, but restoration is big in Vietnam, whether it's the preservation of their centuries-old pagoda, or the restoration of what is, today, one of Hue's tourist hot spots - and a Unesco World Heritage Site.

We reflect on a busy day of history lessons sipping on local Hue beer in a place that sells New Zealand ice cream. 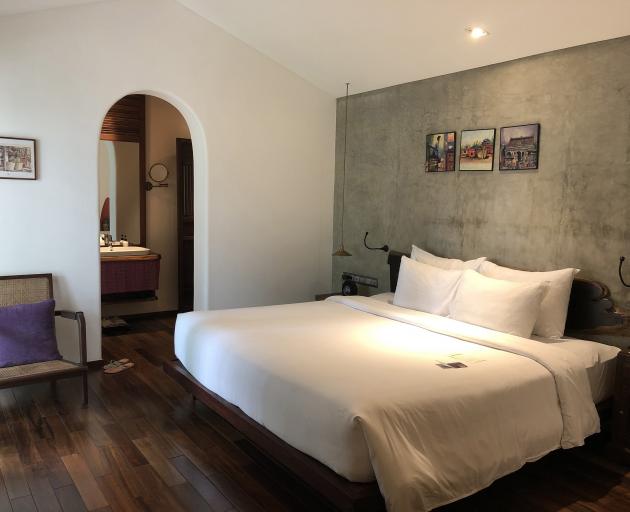 In the north of this long country, Hanoi is the only city we visited that can attest to experiencing four seasons.

We pondered whether another "bike tour'' was a good decision as rain (heavier than that of Hoi An) persisted, but a "cyclo-tour'' is exactly what you should do in such weather. Passengers sit pretty in a covered seat, while a driver pedals and steers this three-wheeled chariot from behind. We smugly toured the city while watching, in pity, tourists atop real bicycles, forming poncho rainbows of unrest as they passed our rather royal wheels.

Our Active Asia guide stopped us at key points of interest - from the Ho Chi Minh's tomb (closed to visitors June to August), to the railway line (curiously flanked by cutely curated coffee shops), the government buildings and the north gate of this city's citadel. The "old quarter'' offers narrow streets and tall buildings, clearly home to many, with plants trailing over balconies stacked with bonsai and even the odd pot plant hanging off the criss-cross of power lines.

Our visit to Hanoi was all too brief, with one night to take in the sights. For those staying longer, there is every kind of shop you could imagine here - from fashion to manchester and designer homewares. Start the day with a good coffee, and you could wander the streets all day long. - Star Media/Allied Press

Tips for the Cu Chi Tunnels

Hoi An: The Almanity Resort and Spa 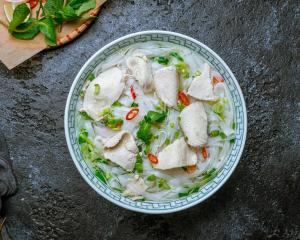 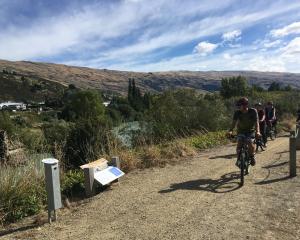 Travels with my father 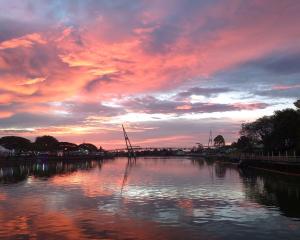 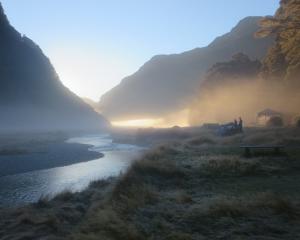