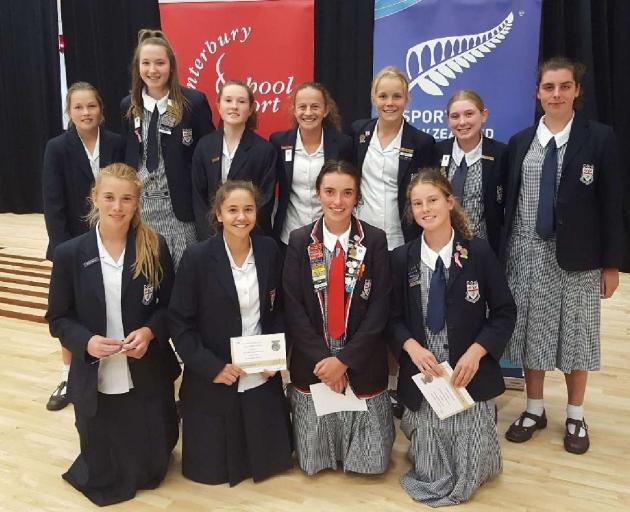 CGHS will represent Canterbury as one of six schools that will play a twenty20 competition in Christchurch from December 6 to 8.

The team had convincing wins over a Forward Foundation XI, Rangi Ruru and Burnside High School to qualify for the tournament.

Last year they beat everyone except Dunedin’s St Hilda’s Collegiate and they will again have the potential to be the toughest opponents.

CGHS coach Hannah Beatson said the two teams played each other in the first ever women’s match at The Willows a fortnight ago with the visitors once again coming out on top.

“It was close and I think we are capable of turning it around.”

Beatson also has a settled squad to call upon with only one new player this season.

“Their work ethic and ability to show character and culture means they are a supportive unit.

“I’m confident I have a team that can do the processes well and the results will come from that.”

Left-arm quick Georgia Edge, who is contracted to the Canterbury Magicians, will be one to watch while Libby Stead and Lila Bradley are the spinners.

In the batting, Grace Ansell, Casey Liddington, Joey Hull and Lily Collier will shoulder much of the load.

“We have to have the confidence to back ourselves, back our ability and put our body on the line when it is needed.’’