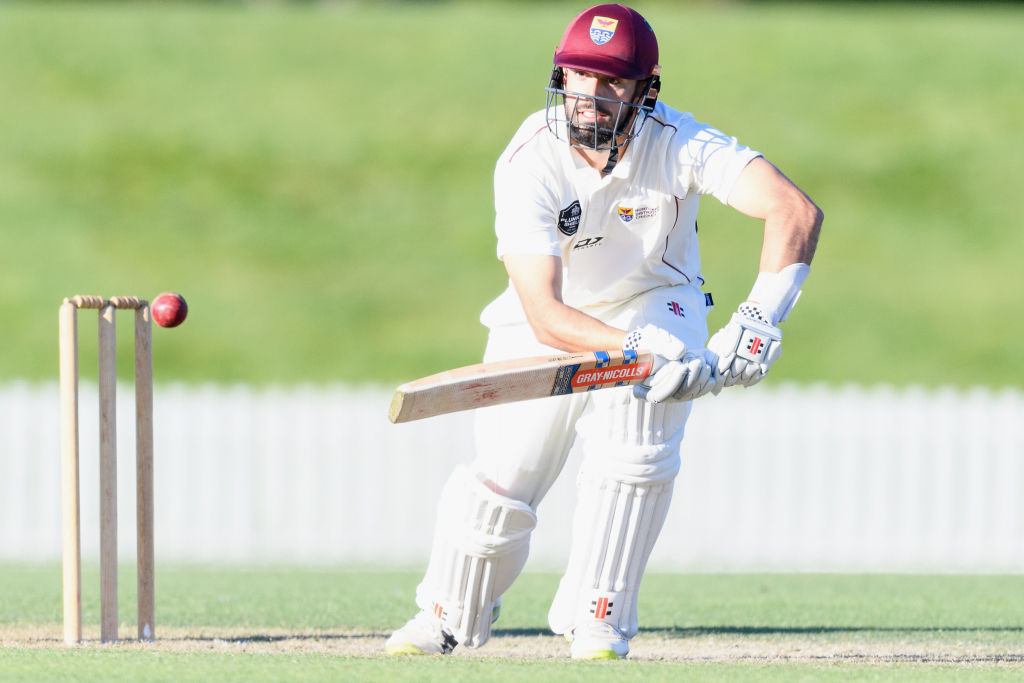 Daryl Mitchell in action for Northern Districts. Photo: Getty
All-rounder Daryl Mitchell will make his test debut in New Zealand's second match against England on his home ground at Seddon Park in Hamilton on Friday.

Mitchell, the son of former All Blacks and current England assistant rugby coach John Mitchell, was brought into the squad after Colin de Grandhomme was ruled out of the match with a torn abdominal muscle.

"Daryl Mitchell is making his test debut, so that is very exciting for him" batsman Ross Taylor told reporters at Seddon Park on Thursday.

"Colin de Grandhomme has (left) some very big shoes to fill but he (Mitchell) has had some experience at Twenty20 level and had a very good campaign on the first class scene so I'm looking forward to see how he goes.

The 28-year-old Mitchell has played nine Twenty20 internationals since making his debut earlier this year.

His selection was a like-for-like swap for de Grandhomme, with the batting all-rounder a handy medium-pacer. He has scored seven first-class centuries and averages 35.65 with the bat and 33.57 with the ball.

"I'm sure he will be nervous, but I'm sure that Twenty20 experience will be worth falling back on."

Pace bowler Trent Boult was also ruled out after straining a muscle above his ribs, although it was unclear whether Matt Henry or uncapped fast bowler Lockie Ferguson would replace him.

Ferguson has played for New Zealand in limited overs internationals and was brought into the test squad for the England series, but released for the first match with Boult, Tim Southee and Neil Wagner the pace-bowling trio.

Taylor said the decision on the composition of the pace attack would not be made until the team turned up at Seddon Park on Friday and assessed the conditions.

"I think the wicket is drying out a lot at the moment - it's changed a lot since we've been here so it'll be interesting with the overhead conditions in the morning and what the toss will be," Taylor said.

"I think they both would do very well. They're slightly different bowlers but they've both got their strengths.

"Lockie has that extra pace but (Matt) Henry with the new ball has been very effective for us - the last time we played here against South Africa he had a lot of success."

New Zealand hold a 1-0 lead in the two-match series after winning the first test on the final day in Mt. Maunganui on Monday by an innings and 65 runs.