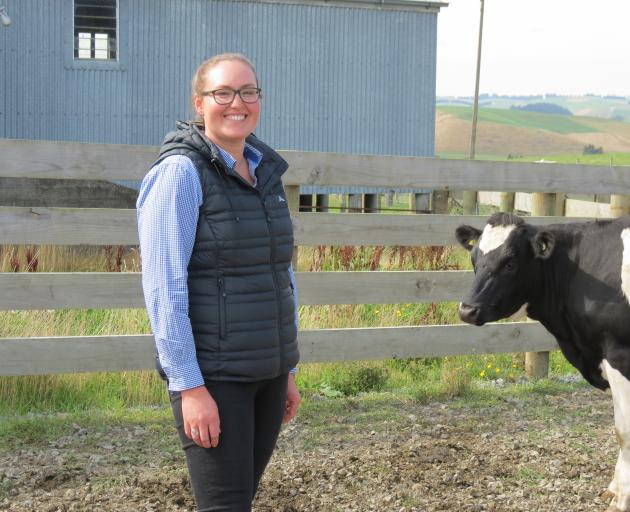 They winter milk so calving started in early February and they were now in full swing.

"I enjoy calving and it is really nice doing it at 28degC," Ms Flett said.

Ms Flett was also the recipient of the Young Farmers Service Award, also for 2019.

The awards were to be announced at the 2020 Grand Final, but Covid-19 restrictions meant that was cancelled so organisers made the announcement last month.

"I believe there is a trophy and it was won by Olivia Ross in 2018 so it is down here," she said.

"The trophy acknowledges members at the grassroots level of the organisation — the ones who goes the extra mile, and who give a lot of time to the club.

"For me it is more about mentoring and encouraging other members."

She was Thornbury’s chairman up until two years ago, then moved on to become the area’s TeenAg liaison.

"That means I have a lot to do with with schools and building relationships with them.

"We have quite a strong following for the AgriKids competition and we want to keep up that momentum as the kids get a bit older, but that depends on their teachers and the school.

"The commitment is driven from the inside."

Thornbury is the host club for the Otago/Southland Young Farmers regional competition on March 6, and she is organising the evening dinner, quiz and band.

In addition to helping with the regional NZYF stock judging competition, Miss Flett is also an experienced Friesian judge.

She was named the 2017 Royal Agricultural Society (RAS) Young Judge of the Year for Dairy, was the recipient of the 2018 Southern District Harcourts RAS Rural Ambassador Award, and also won the 2018 Young Farmers national stock-judging competition.

Prior to leaving for Australia to represent New Zealand in their judging competition, she found out the she was too old to compete.

"They realised after I won it, but I still had the trip to Adelaide and the experience, as I earned it."

She also enjoys baking and introduced a baking competition to the club two years ago and since then has seen lots of cakes, biscuits and banana loaves turn up on the day.

At 29 with only two years to go before she "ages out" of the Young Farmers at 31, she decided to step back a little.

"I was trying to over-commit myself too much and I needed to remember I have a full-time job."

She said one of the issues with organising events was getting other members involved.

However, she is delighted to see more people volunteering.

She has completed some Agri-Women Development Trust business courses and hopes to do more governance courses in the future. 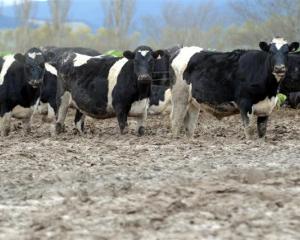