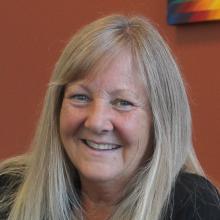 Penny Simmonds
A Southern Institute of Technology (SIT) initiative is hoping to create a win-win from the Covid-19 economic crisis.

The SIT is holding two Agricultural Redeployment Expos, one each in Queenstown and Te Anau, this week, hoping to attract people who may have lost jobs in the tourism and hospitality sector to retrain in the agricultural sector, which is facing a shortage of about 150 skilled machinery operators this year.

Annually, the agriculture sector has sought fill those roles with workers from the United Kingdom and Ireland, in particular, but given border closures this year due to the global pandemic, that will not be possible.

Rural Contractors New Zealand president David Kean, of Centre Bush, said the industry was "crying out for people" and it had always tried to recruit New Zealanders, but until now there had not been much uptake.

Now, however, the tide had turned and many New Zealanders were looking for work.

"These SIT initiatives give them every chance to look at rural contracting and farm work, learn some basic skills and get into a good job," he said.’

SIT chief executive Penny Simmonds said the training institute was looking to support newly redundant workers into agricultural and forestry jobs with a six-week training course, run in conjunction with the industry.

"Covid-19 has certainly forced this refocusing, but it does mean we can help transition these people who have lost their jobs and have no alternative tourism jobs to go into, to segue into the primary industry," she said.

"Upskilling and retraining in these condensed training programmes will see them back in work soon, will support the primary industries and aid the Queenstown Lakes and Southland regions in their economic recovery."

Following the expos a three-day taster camp would be held at the SIT’s Telford campus to enable people to experience a range of primary sector activities.

Costs for the subsequent six-week agricultural contractor courses, including meals and accommodation, were being provided by the SIT, which had support from the Ministry for Primary Industries and Rural Contractors NZ.

Rural Contractors chief executive Roger Parton worked with the SIT to help bring the expos and training to fruition and said the organisation would back any initiative that gives opportunities to New Zealanders "who’ve lost jobs and want to retrain for our sector".

Clutha-Southland MP Hamish Walker encouraged anyone displaced from the tourism sector to look seriously at a future career in agriculture.

"People often think about farming as one-dimensional where, in fact, there are jobs from marketing to scientists, calf-rearing, fencing, milking — there are jobs right across the board."

Mr Walker said he knew of one farmer who recently advertised a "very entry-level job", for which he would normally get about 20 applicants "[and] he’d be lucky to get a Kiwi".

"He put that same job on the market about two weeks ago and he has about 40 applicants, [most] being Kiwis, so he was blown away by the demand out there."

The Agricultural Redeployment Expos are being held at Rydges Lakeland Resort in Queenstown on Wednesday and at the Fiordland Events Centre in Te Anau on Thursday.