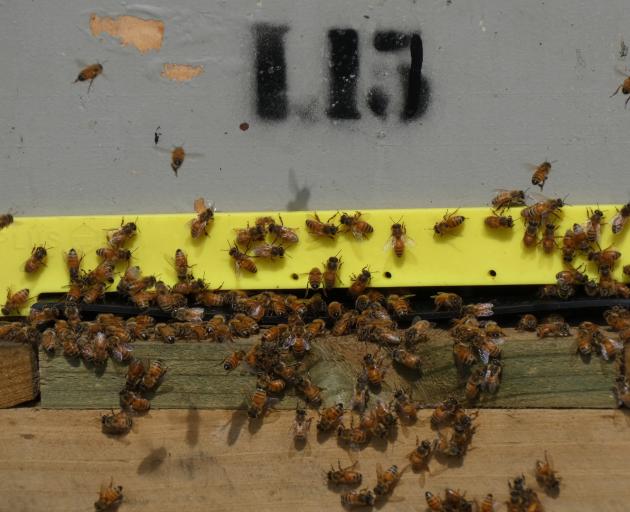 The Tropilaelaps mite remains offshore, to the relief of beekeepers as they struggle with increasing varroa infestations. PHOTO: TIM CRONSHAW
Beekeepers are starting to get edgy about another mite that pairs up overseas with varroa to become a twin pest.

They will learn more about the Tropilaelaps mite when keynote speaker Dr Sammy Ramsey reveals his latest research at the Apiculture New Zealand Conference in Christchurch in June.

The United States academic raised the pest problem in his last visit in 2019, but more has been learned about its interplay with varroa mites.

Varroa is a growing concern among beekeepers. A national survey by the beekeeping industry and Ministry for Primary Industries (MPI) has revealed that nearly 14% of the country's bee hives were lost last winter, with nearly 40% of those victims of varroa infestations.

The Tropilaelaps mite’s preference for hot climates could work in the favour of New Zealand beekeepers, but it is in Papua New Guinea now — and too close for comfort to the Australian border.

Dr Ramsey is researching the varroa and tropilaelaps mites in Thailand.

He has found they have a complex interplay when they are in the same colony at the same time. Scientists had thought that varroa and tropilaelaps "didn’t play nicely", but his data shows this is not always the case.

They can reproduce in the same colonies, and in the same cells, and their impact is amplified when they are together.

Apiculture New Zealand chief executive Karin Kos said varroa was the number one issue for winter losses among beekeepers, but they were always interested in overseas findings about new pests and diseases.

"Beekeepers became more aware of the tropilaelaps mite after Sammy’s presentation in 2019, and I guess it would be fair to say it hasn’t come to the country and it’s probably not warm enough yet here, but that could change with climate change." 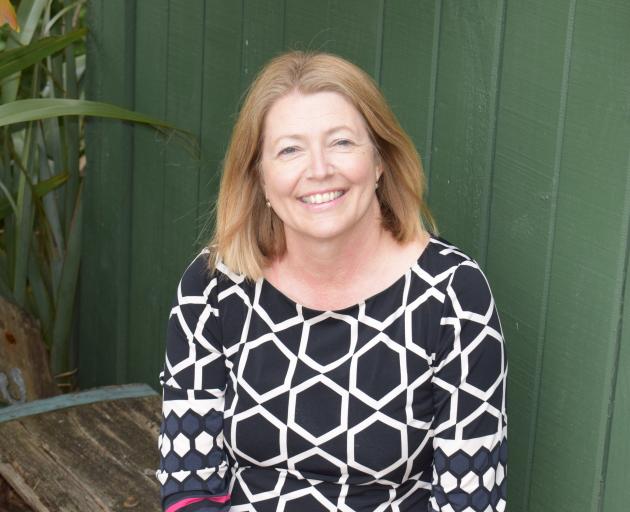 Apiculture New Zealand chief executive Karin Kos says top overseas speakers will reveal the latest science on bee pest problems at the industry’s conference. PHOTO: APICULTURE NEW ZEALAND
She said a more pressing concern was the small hive mite, which was in Australia, and MPI was looking at ways that beekeepers could be part of its surveillance programme.

The other keynote speaker is another leading US researcher, Dr Jamie Ellis, who will also talk about bee predators and encourage beekeepers to address queen events.

He has found that beekeepers are slow to adopt many strains of bees in the US that are resistant to varroa. These traits are lost quickly if only 10%of beekeepers invest in varroa-resistant queen stock, and industry change was needed.

Hundreds of beekeepers, honey producers and others from across the apiculture industry are expected to attend the two-day conference and trade exhibition.

Mental health advocate and television personality Mike King will also be sharing his advice for getting through difficult times as beekeepers grapple with varroa and market changes.

Ms Kos said beekeepers had gone through a tough spell, with orders having eased after two record years of honey exports, and prices having dropped as particularly manuka production had outstripped demand.

"There is quite a lot of honey in sheds and the problem hasn’t gone away. The health and wellness [factor of honey] is huge around the world and that’s a positive for the industry, but the reality is we have to find more markets."

She said beekeeping was an isolated profession and the conference would help bring beekeepers together as well as reveal the latest research and science.

This tied in with the conference theme of sharing knowledge and sharing the load for a better future, she said.