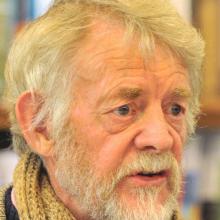 Brian Turner
The Central Otago Environmental Society has added its voice to the debate over water management in Central Otago, members saying they are "deeply concerned'' about the pressure coming from farmers and other irrigators.

COES chairman Brian Turner said the society was one of several environmental groups that had "numerous concerns about the pressure being put on the ORC [Otago Regional Council] by some farming "interests'' who appear to believe that priority should be given to their perceived needs/requirements before broader concerns and values are looked at''.

Mr Turner said water issues in Central Otago were "broad-ranging and tricky, the more so in a society like ours that tends to regard the natural world as a stack of commodities rather than a community that ought to be properly nurtured, protected and cared for''.

Irrigators have said the ORC was rushing minimum flow plan changes for several Central Otago catchments and did not yet have the scientific or economic data it needed. 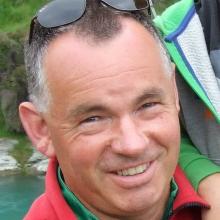 Matt Sole
Last week, a motion by ORC Dunstan councillor Michael Laws forcing a rethink of some key work the ORC is doing on water was passed by six votes to five.

But COES member Evelyn Skinner said she was "deeply concerned'' about landowners and irrigators seeming to behave as if the Manuherikia River existed "solely for their benefit and their business''.

"There is way more to this than just water extraction and minimum flows,'' Mr Sole said. "This is about the declining aquatic ecosystem health of the tributaries and the Manuherikia from adjoining land use, especially intensification with associated nutrient run-off, siltation, stock access, introduced weeds, and the huge loss of rare and threatened native biodiversity.''

Mr Wright said those who used the resources of a river for commercial gains must "give back equal value to protect the river's natural environs''.

Oturehua resident Jillian Sullivan suggested alternative land uses "may need to be found'', as customers became more aware of the ecological impact of farming and demand for plant proteins was forecast to increase.

"The shift towards a lower and healthier take of water could open opportunities for farmers and agribusinesses. Perhaps it's time to look into transforming.''