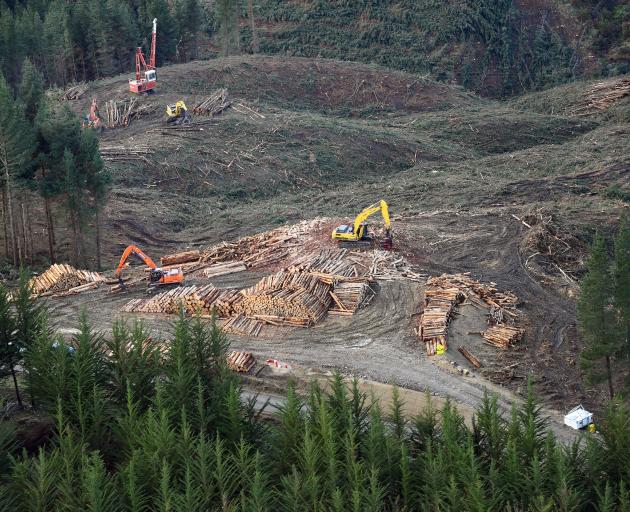 Consents for the January to June period totalled 47, covering a net land area of 14,483ha, well up on the 5559ha recorded for the corresponding period in 2018.

The forestry test means that land is used almost exclusively for forestry activities.

The OIO may also place conditions on the consents to ensure existing arrangements remain in place, or to place new provisions on the use of the land.

The total asset value of OIO-approved deals for the first six months amounted to $3.6billion, versus $838.4million for the comparable 2018 period.

The agricultural sector, in particular, has been critical over the increase in forestry sales or afforestation, on the basis that it was based on a rising price for carbon under the Emissions Trading Scheme (ETS).

Federated Farmers climate change spokesman Andrew Hoggard, said there was a growing unease about the amount of productive farmland being gobbled up by forestry.

He said three factors were skewing the balance, as owners of farmland weighed up their future: grants available under the Government's one billion trees programme, ETS carbon credit income and the relatively less stringent criteria overseas buyers must meet when investing in forestry versus farmland.

"It may well be in the national interest for more marginal, erosion-prone land to be converted to growing trees, but it's highly debatable the same can be said when good, productive farmland is swallowed by plantation forestry," Mr Hoggard said.