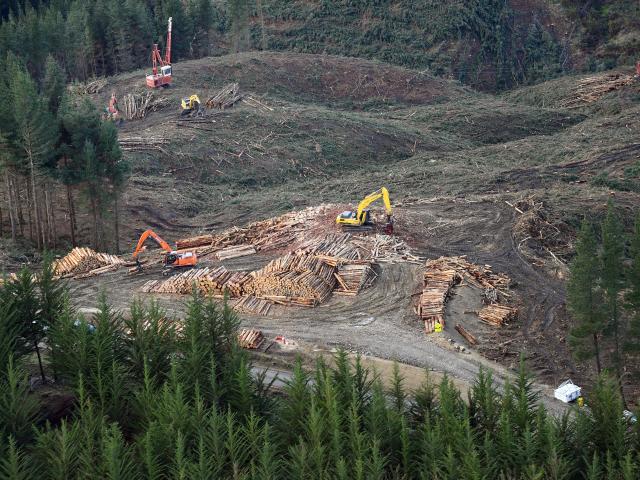 Forestry deals continue to keep the Overseas Investment Office (OIO) busy and 16 consents have been approved since the new streamlined forestry test was introduced in October 2018.

Forestry deals continue to keep the Overseas Investment Office (OIO) busy and 16 consents have been approved since the new streamlined forestry test was introduced in October 2018.

The New Zealand Institute of Forestry proposed introducing a national policy for the industry at the sector's annual conference in an effort to help the Government "develop sound long-term...

The 25% plunge in international log prices foreshadows tough times ahead for southern forestry contract crews as smaller forestry lots are held back from sale.

Otago and Southland forest owners are expected to reap the benefits of China's demand for logs this year, in the face of record prices and following last year's 50% boost in overall log exports.

Big business forestry owners and farmers with small forestry interests are on a collision course over a proposal for an industry-wide compulsory levy order.

Timber industry export losses of $70 million during the past four months and an almost 50% downturn in the domestic house building market has left the sector "absolutely hammered," according to the New Zealand Timber Industry Federation.
The deadline is looming for owners of older pre-1990 forests, who have until November 30 to apply for compensation from the Government.

A dramatic surge in Chinese demand for New Zealand logs appears to be stalling as China has amassed vast stockpiles and prices have fallen almost 20%.

The Southern Wood Council has provided a new scholarship alongside its annual apprentice of the year award this year, both to young forestry workers of Otago.

Neil and Pam Cullen have left a lasting legacy on their Glenomaru Valley farm. The South Otago couple's passion for trees was recognised when they were awarded the New Zealand Farm Forestry Association's Husqvarna South Island farm forester of the year award.

The Parliamentary Commissioner for the Environment, Jan Wright, is no friend of the establishment. She made herself unpopular with the Government in her vocal opposition to mining of the conservation estate; she has raised the red flag over Solid Energy's plans for lignite extraction; she opposed the former Labour-led government's policies on biofuels.
Demand for New Zealand logs and timber is expected to remain strong with Chinese growth continuing and the need for reconstruction following earthquakes in New Zealand and Japan and floods in Australia.
Concerns over the Queenstown Lakes District Council's plans to allow for logging in three prominent forests around Queenstown have been raised by submitters.
Absolute rubbish" is how Otago regional councillor Duncan Butcher describes a proposed national environmental standard for plantation forestry.
Emission units, or carbon credits, can be bought by a business from a forest owner or through a broker, allowing the owner to emit greenhouse gas.