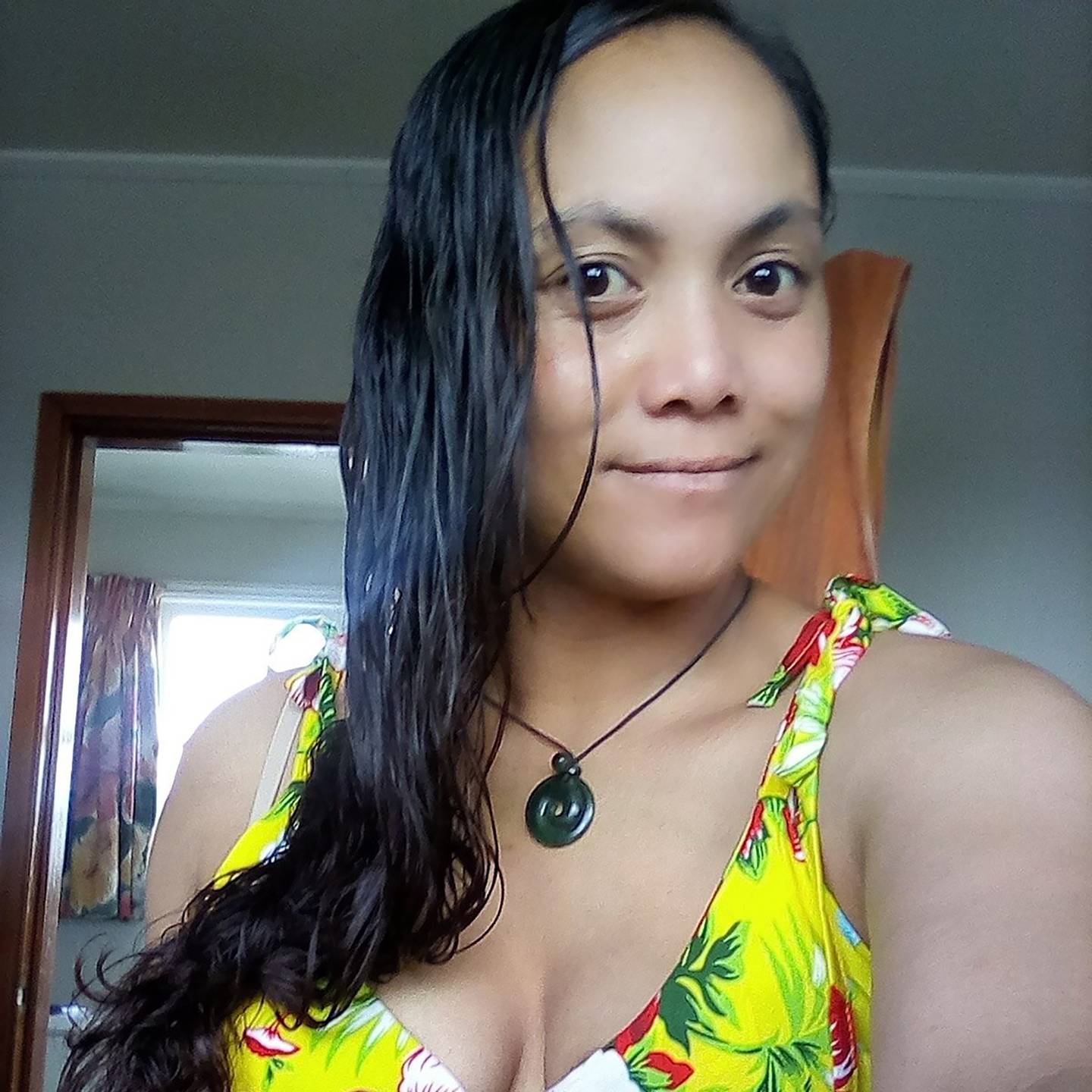 Chante Harmer and two of her children were killed in a motor vehicle accident in Ashburton. Photo: Supplied
A driver involved in a horror crash in Mid Canterbury that killed a mother of seven and her two youngest children has spoken for the first time about the terrifying impact.

Harmer was driving her young children and other family members in a blue Holden Astra, heading north along Hepburns Rd, which is controlled by give way signs.

Their vehicle collided with a Ford Ranger heading west along Mitcham Rd.

Harmer's car was torn in half in the crash.

A fourth person in Harmer's vehicle - a teenager - suffered critical injuries in the crash.

The driver of the Ford suffered minor injuries.

Both those injured - who are in court today to hear the inquest - have name suppression.

An inquest into the crash began this morning in the Ashburton DIstrict Court before Coroner Marcus Elliot.

The Coroner has this morning heard from the other driver.

She gave a statement to police three days after the crash and that was read in court.

Coroner Elliot said there was nothing at all to suggest anything she did that day caused the crash.

The woman explained she was travelling below the speed limit and was not distracted - she did not even have her car radio on at the time.

As she approached the intersection she could not see any vehicles.

"As I got very close (to the intersection) I saw a car emerge at high speed, it was travelling very fast… I was already committed… the next thing, I heard a huge bang," her statement, which was read in court, said.

"It was split second and so fast, then she suddenly looked up and in the direction of my truck, and that's the moment I made eye contact with her, and that's when our vehicles collided.

"I can remember sitting in the car thinking 'I can't believe this has happened'... is this my fault?"

She tried to turn off her vehicle but could not get the keys out.

"I got out out of the car and started screaming… 'somebody help me'," she explained.

She could not find her phone to call 111, so turned her attention to the other car which was destroyed and in a paddock.

She could see Harmer was "clearly deceased".

"I saw a deceased child in the paddock," she said.

She went to support the injured passenger, telling her she would stay with her and help would surely be coming.

Today's inquest will look into why Harmer failed to give way, why she did not notice a Give Way and whether that signage was enough to keep motorists safe.

Harmer was a much loved mother of seven.

The crash was the second tragedy for the family, who lost a son in 2006 to cot death.

At the time of the crash Harmer was on her way to her partner's workplace.

The court heard that she failed to give way and collided with the Ford.

Police said there was evidence Harmer was braking at the time of the crash but the Give Way sign - situated before the intersection - "blended into the background of the Canterbury landscape".

And the intersection itself had visibility issues for all drivers.

"Road signs and markings were not adequate to provide the safest environment possible for road users," the Coroner was told.

Concrete irrigation culverts on both sides of the road, a tall hedge and a row of poplar trees also resulted in reduced visibility.

Later today evidence will be presented about three other crashes at the intersection.

The police - Give Way sign "easily missed"
Senior Constable John McIntyre - who has been part of the police Serious Crash Unit and is highly qualified and specialised in such investigations - was first to give evidence about the fatal incident.

He attended the crash soon after it happened.

He explained there was a Give Way sign at the intersection that was "clearly visible" from about 120m away.

There was also a painted triangle on the road.

However he said the sign "could be easily missed as it blended with the background when observed from a distance".

"The driver did not stop at the GIve Way sign," he said.

"The Ford collided with the right side of (Harmer's) car."

McIntyre said at some points of the intersection visibility was restricted by windbreak fencing - a tall hedge also known as a shelterbelt.

Both Harmer and the other driver would have had an impeded view.

The court heard that there were no mechanical issues with either car - butHarmer's was not registered or warranted.

"She has become aware of the intersection and braked before impact, but not hard enough to lock in the wheels of her vehicle," McIntyre said.

Harmer had a restricted car licence but was driving to her legal conditions as the passengers in the car were all young people under her care.

"It is not known if there were any internal distractions as she approached the intersection," the experienced police officer said.

The other driver saw Harmer come through the intersection and tried to swerve to avoid a crash.

She could not and collided with Harmer.

Photographs of the intersection were shown to Coroner Elliot including one of the Give Way sign taken from about 30m away.

It was barely visible.

"The further back you get, obviously the harder it was to see," said McIntyre.

The hedge would have reduced "any road users ability" to see what other vehicles were approaching the intersection.

McIntyre said once you were past the hedge, "you are fine" but before that visibility was problematic.

He said even if Harmer had seen the sign and had slowed earlier she would not have been able to avoid the collision.

Neither she or the other driver were exceeding the posted speed limit of 100km per hour.

He also confirmed Harmer was not using a cellphone at the time of the crash - in fact, her partner had her phone with him at the time.

The court heard that police had spoken to the survivor about the crash but she had no memory of it.

McIntyre said since the fatal crash the intersection has been improved.

A stop sign is now in place and a stop warning sign is in place 200m before the intersection.

The culverts have been removed and the hedging improved.

McIntyre said the intersection was safer but "could still be improved".