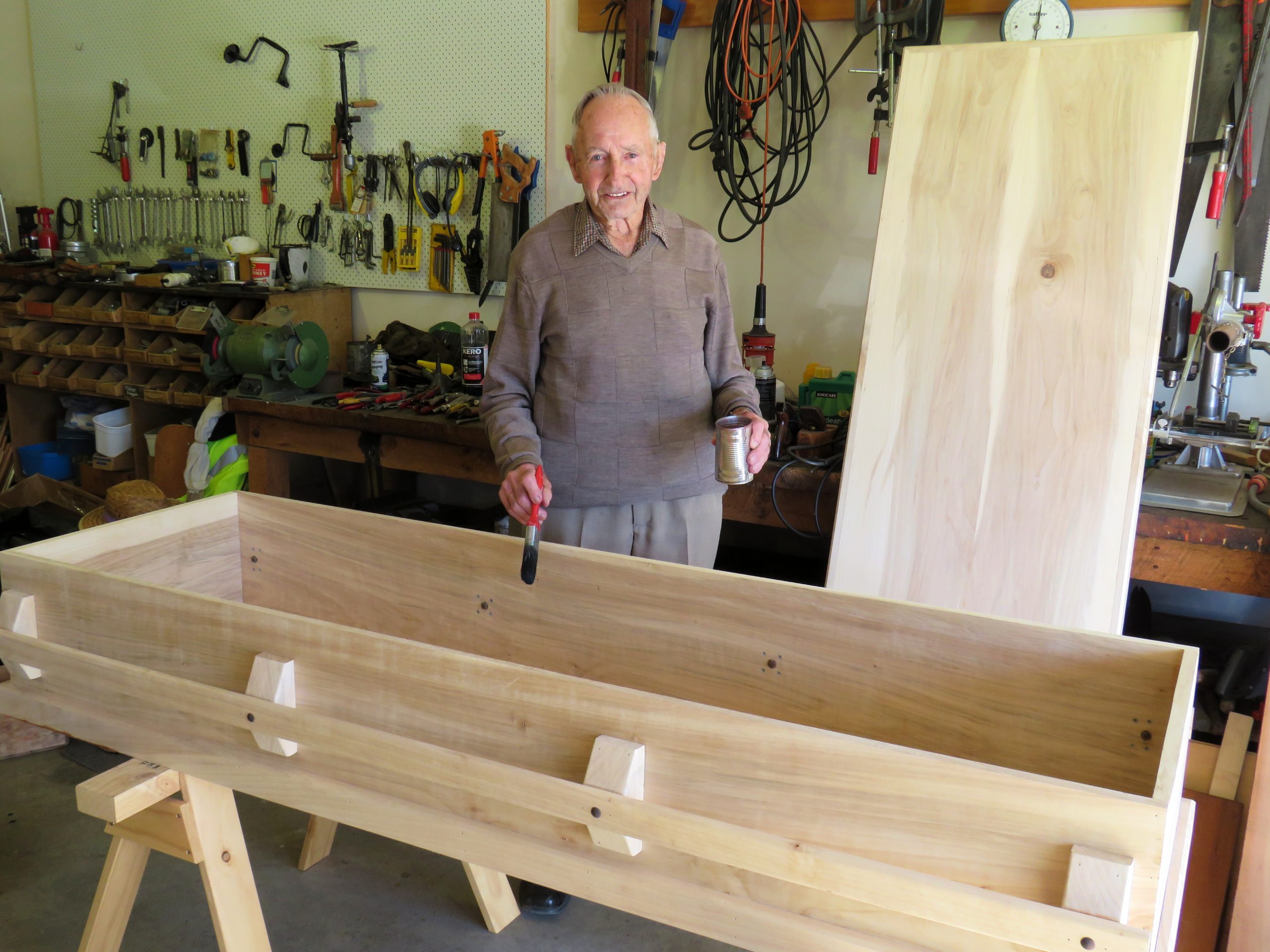 Back in 1950 the fresh-faced 15-year-old planted 30 poplars on the family farm at Lynnford.

With the trees now mature and some in bad shape, the wood has been milled and two coffins made.

One coffin is for Gilbert and the other has been crafted for his mate Bill Bird, who is 94 and lives on the farm where the trees have been growing.

"Bill suggested it might be time to do something with the trees some 12 months ago and we agreed on the coffins," Gilbert said.

"It’s good timber and I can’t think of a better use."

He said he had just started Ashburton Technical School when local catchment board foreman Dave Mitchell approached him and offered him 30 poplar trees to be planted on the farm boundary.

"The trees came from the nursery near Maronan bridge and there were 15 lombardies and 15 mongolians.

"I still remember planting them during the May holidays.’’

The lombardies had done better the mongolians, which had bigger leaves and suffered more damage during snow storms.

Four big logs from the plantation were dried for six months and then milled and shaped into coffins by local Ashburton business Adams Sawmill.

The coffins have lids and wooden rail handles and Gilbert is currently staining them both.

"I don’t intend using mine for a while – and I’m not quite sure when – so for now I’m going to add four shelves and stand it upright to use as a bookcase in my library."

Gilbert said his family thought him a bit "nutty" to be making his own coffin.

"It is a bit different, I admit, but why not.

"I think I’ll be comfortable in there with a rug and a cushion," he joked.

Gilbert has a burial plot booked at Ashburton Cemetery and will be laid to rest next to his late wife Evelyn.

He is a fourth generation Mid Cantabrian and ran the family crop and sheep farm until retirement in the 1990s.

He is an active octogenarian and plays tennis three times a week with doubles partner Bob Riseley, who is 94.

Gilbert has written seven booklets on local history and is a keen collector of a lot of things.