Mayor Graham Smith says the Mackenzie District "couldn't have asked for better" in regards to overnight snowfall which helped contain the large blaze near Lake Pukaki.

Snow and heavy rain hit the area overnight, bringing more moisture to dampen the flammable materials in the fire's path, and helping those on the frontline trying to control the blaze.

Minister of Civil Defence Peeni Henare visited Twizel today where he spoke with the mayor, firefighters and people displaced by the fire.

He said it was difficult to see the "scorched earth" with the snow on the ground today.

By late last night the fire had burnt through around 3500 hectares of mostly wilding pines, and through the night it continued to create a red glow seen for many kilometres. 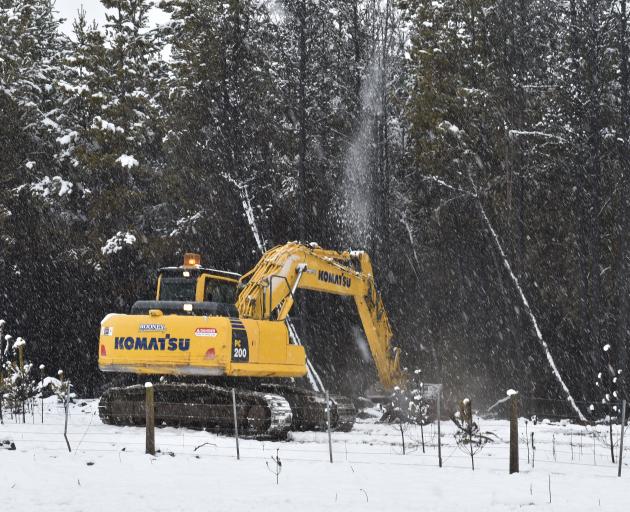 A digger works In the snow to dislodge hot spots amongst trees at the Pukaki fire on Tuesday morning. Photo: Gregor Richardson

It is believed to have started when a cooking stove fell over in a grassy area near Mt Cook Rd (State Highway80), off Dusky Trail, on Sunday.

Mayor Smith said it has been a trying time for businesses in the district on top of Covid-19 and the lockdown earlier this year.

There has been a bit of anxiety during the fire, he said.

He said the community support in the district had been "absolutely marvellous".

With the aid of the weather "we couldn't have asked for better" to get the fire under control, he said.

Helicopters used to fight the large fire near Lake Pukaki on the ground in a snow storm at Pukaki Airport, just out of Twizel. Photo: Gregor Richardson

Mid-South Canterbury principal rural fire officer Rob Hands said the fire was sitting under a cover of snow and was "not going to be running anywhere".

It is not something for the public to be concerned about, Mr Hands said.

Ground crews have been sent back to station, air crews are going to be recalled, heavy machinery workers are at the scene now and will be there for the next few days.

We'll take to active firefighting again probably Thusday/Friday and monitor the fire with thermal imaging to make sure there are no hot spots, he said.

Mr Henare said his office and the Mackenzie District Council will stay in touch about the status of the fire and recovery efforts. 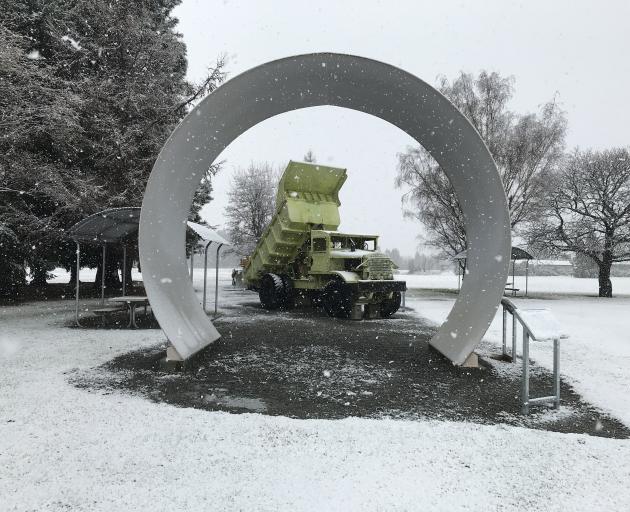 He said he will be taking concerns over wilding pines to Wellington and to the Prime Minister to convey how serious the issue is.

"In light of this fire we will work with the mayor's office to provide support where we can."

The minister had a message for New Zealanders who may be looking for a place to holiday.

Tourism is a big part of what goes on here and it's "absolutely stunning", he said. 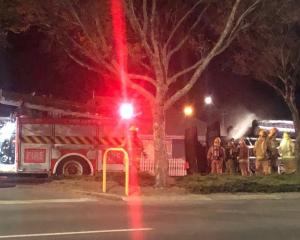