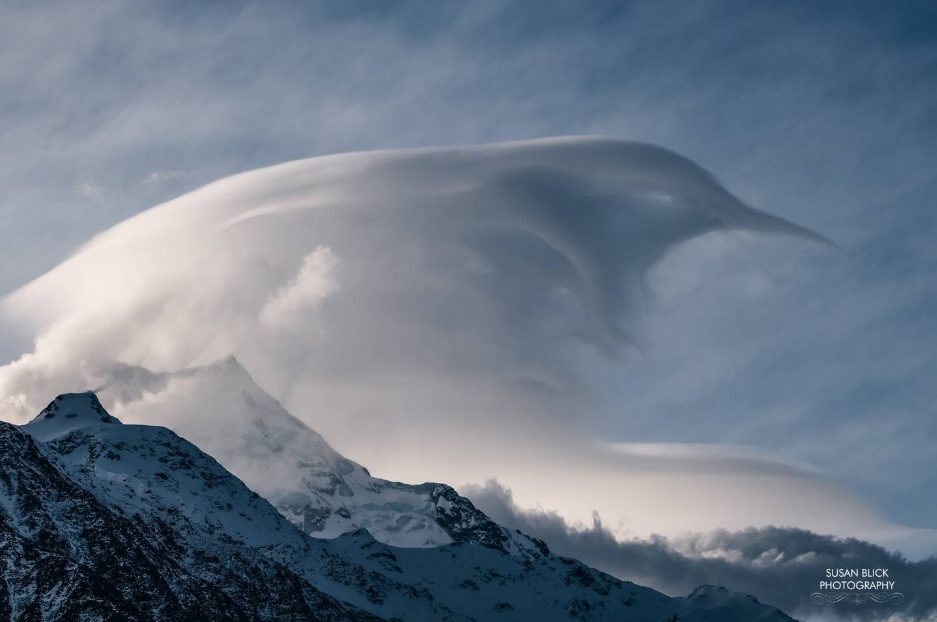 Waiting for the sun to set over Mt Cook Blick said 'heavy more rainy clouds' came over and broke through.

The clouds came through the sky and a tui-like cloud formed.

But within "five seconds" it was gone.

Blick said she's fortunate she had her camera in her hand since it was that fast.

"I turned around snapped two shots and then it was gone."

Blick told the Herald she turned over to her partner and said "holy hell that's a bird".

At the time she did not think much of the photo she had just captured and went back to wait for the sunset.

Blick has been a landscape photographer for over five years.

"I've never seen a cloud form so perfectly like an animal before," Blick told the Herald.

"This was the god smiling down on me," she said.
Blick said people have told her they see a Tui, others say they see a penguin and some even saying they see a Weka in the clouds.

But she definitely sees a tui although the beak is a little too straight.

Unfortunately Blick did not capture the sunset photos she was after, she said the Tui photo will do.