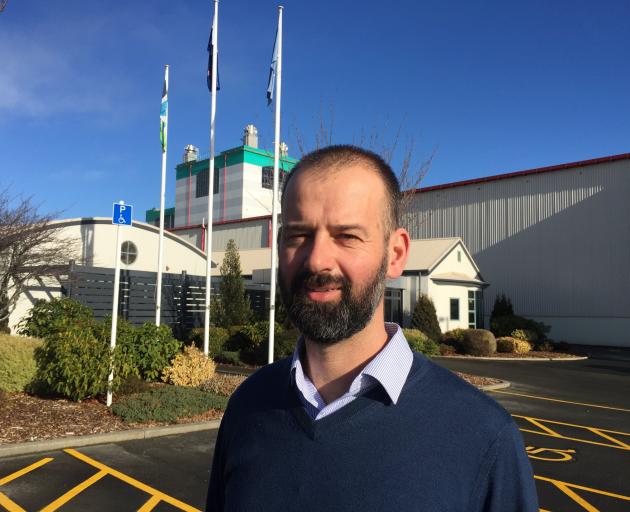 Fonterra's general manager for the lower South Island, including Edendale and Stirling, Richard Gray, said the co-operative recently announced that six of its manufacturing sites in water-constrained regions would reduce their water use by 30% by 2030 as part of Fonterra's sustainability plans.

The Edendale site used "close to two billion litres a year" and all its water was taken from the Edendale aquifer, Mr Gray said.

"Our target for Edendale is to reduce our annual water usage by 750 million litres by 2030."

The reduction target was "achievable and realistic across that timeframe".

"Edendale has always been a relatively efficient site when it comes to water usage."

The site's 2018 water usage figures would be used as a baseline and reductions would be benchmarked against those each year, Mr Gray said said.

"Our factory depends on water, but so does the Edendale community.

"We want to save water across the site and look forward to doing our bit."

Multiple initiatives were already under way at the site to reduce water use, including an industry-leading water-recycling system and other technology, as well as good practice.

The site used some water for transferring energy around the plant, such as chilled water, or for generating steam or heat for different processes.

"While focusing on water reductions, we will get other energy savings as well, and vice versa."

The sustainability project had received "pretty good buy-in" from the staff.

"Many of them live in the Edendale area and they can see the benefit.

"We also have a graduate who is working on a project and if their trials are successful, there is potential to look at further investment down the track."

The site employs 650 to 700 staff and makes milk powder, a range of cheeses (mostly at Fonterra's Stirling plant), casein and cream products.

Fonterra chief operating officer global operations Robert Spurway said water was a precious resource and the co-op could not take it for granted.

"Reducing our water use at our manufacturing sites is the right thing to do for the environment and for the communities we operate in.

"That's why we've set this new target, which will save billions of litres of water," Mr Spurway said.

Edendale is one of the six sites chosen, alongside Maungaturoto, Lichfield, Brightwater, Darfield and Clandeboye, where major water savings can have the greatest impact.

Fonterra's strategy also includes having no more coal boilers, or increasing capacity to burn coal; reducing emissions by 30% across all manufacturing operations by 2030, on the way to net zero by 2050; and improving the energy intensity of its sites by 20% by 2020.

Fonterra also wants to ensure no solid waste will be going to landfills by 2025 and it will be using 100% recyclable, reusable and compostable packaging by 2025.