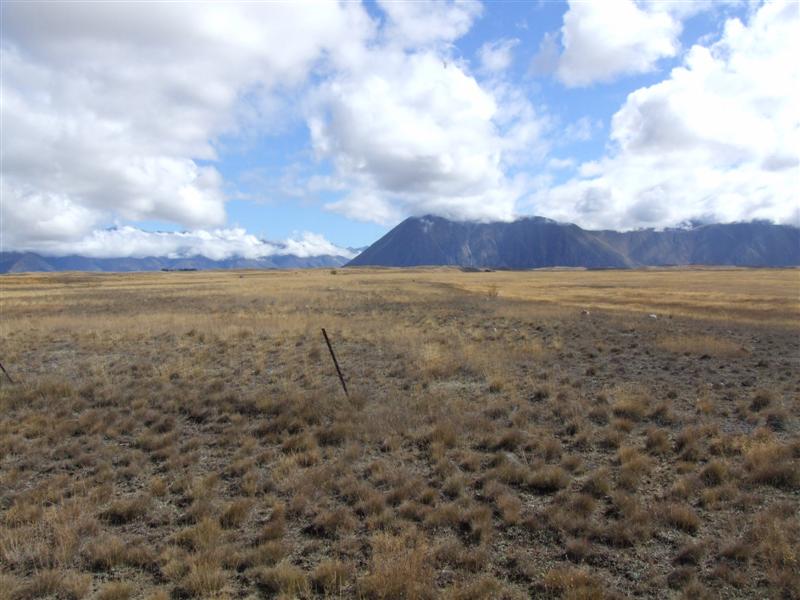 Land earmarked for irrigation and dairy development at Ohau Downs near Omarama. Photo: ODT files
All or part of an Omarama farm once controversially earmarked for dairying is understood to now be in the hands of the Government.

The 5200ha Ohau Downs property was the subject of lengthy legal proceedings as its owner, dairy farmer Kees Zeestraten, sought resource consent to irrigate and use the property for shed-based dairying.

The Government’s purchase, using the nature heritage fund, is expected to be announced by Conservation Minister Eugenie Sage at Tekapo on Friday.

A spokesman for Ms Sage declined to say what the announcement would contain, but confirmed it related to Ohau Downs.

Omarama Station owner Richard Subtil yesterday criticised the use of taxpayer money to buy the property.

"I think it sends entirely the wrong message: that if you create enough difficulty through the process, as has been the case, sooner or later the Crown will come along, just prior to an election, and bail you out if you don’t get what you want."

Mr Subtil said there was "plenty of legislation" that had been used to stop Mr Zeestraten’s development.

"I don’t agree with what he wanted to do, but that’s his right.

"He tried; he failed. The taxpayer’s going to foot the bill for it."

A campaigner against the spread of dairying into the Omarama region told the Otago Daily Times yesterday the existing restrictions on the use of Ohau Downs would make it very difficult to use the land for dairying.

Another said he believed the Government was purchasing only part of the station.

Ms Sage responded late yesterday, saying the need to protect some of the remaining drylands in the Mackenzie Basin for their landscape and ecological values was a "long-standing ambition" and had been well signalled.

"I totally reject any notion of electioneering."

Ms Sage said the Resource Management Act and plan provisions had "failed to protect" large areas of the Mackenzie and Waitaki basins from agricultural intensification and the "destruction of their values for native plants and wildlife".

"Further details of any land transfers will be announced shortly."

Mr Subtil said the minister’s announcement would "look lovely" on the evening news.

"The people who see it will think that we are rescuing this country when it was already being protected by the mechanisms there to protect it."

Mr Zeestraten could not be contacted yesterday.

In 2014, he told the ODT he had spent close to $3million trying to get water to irrigate Ohau Downs.

He said he was "gutted" it had cost so much to get to that point — and still not have water.

His original intention was to irrigate on the flat with water through the Mackenzie Irrigation Company, and run seven farms, each milking 1000 cows.

More bullying behaviour by the greenies.

What disappointing misinformation from Mr Subtil. Through the Environment Court mediation, the parties all agreed on the granting of consents for extensive irrigation, dairying and buildings on Ohau Downs.