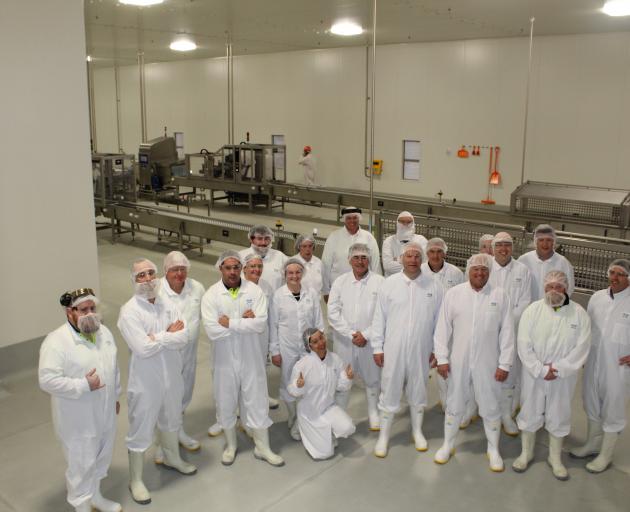 ''It's the result of years of investment into R&D and hard work at the Fonterra Research and Development Centre,'' Clandeboye cheese plant manager Chris Turner said.

''The work has been supported in part by the Primary Growth Partnership between the Government, Fonterra and Dairy NZ.

''Other than that we can't tell you too much more.

''The technology is shrouded in secrecy; even some of our staff at Clandeboye haven't seen it.''

At the beginning of the month Fonterra, which employs 900 full-time staff at Clandeboye just outside Temuka, and about 200 on the mozzarella plants, opened its third mozzarella line.

Like the technology involved, production figures are not being disclosed.

All Fonterra would say is that production has doubled.

''The exact figure for the amount of mozzarella produced at Clandeboye is commercially sensitive,'' Mr Turner said.

''However, we can say that Clandeboye will produce enough mozzarella to top more than half a billion pizzas a year.''

The Clandeboye mozzarella will be heading for 30 markets around the world which included Australia, South East Asia and Brazil.

China is another market and was growing rapidly. Fonterra cheese was used in 50% of pizzas produced in China.

Also being kept a secret is the cheese recipe which, unlike traditional mozzarella which requires months to produce, takes only hours at Clandeboye.

About 900 farmers around Canterbury supply milk to Fonterra Clandeboye.

''With the opening of this new mozzarella plant at Clandeboye and recent expansion of our Darfield site, we're able to produce even more higher-returning products.

''That's good news for our farmers and the communities they live in.''