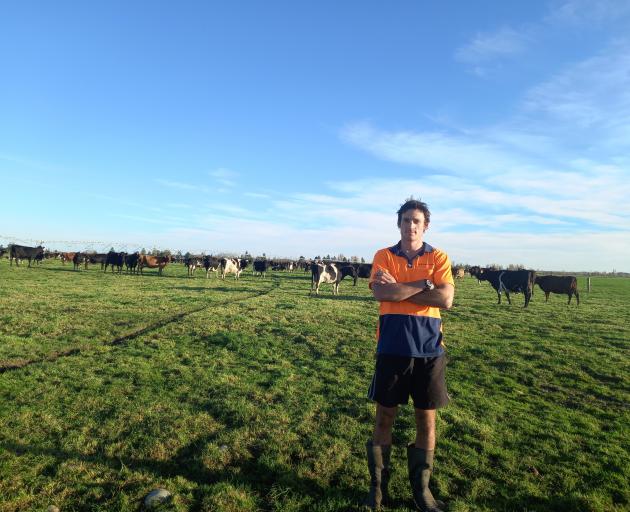 Mattes Groenendijk has had a busy first season as a farm assistant working for Ngai Tahu Farms, at Eyrewell. PHOTO: SUPPLIED
What a difference a year makes.

Twelve months ago, winning dairy trainee of the year in the 2021 Canterbury-North Otago Dairy Industry Awards could not have been further from the mind of Rangiora’s Mattes Groenendijk. 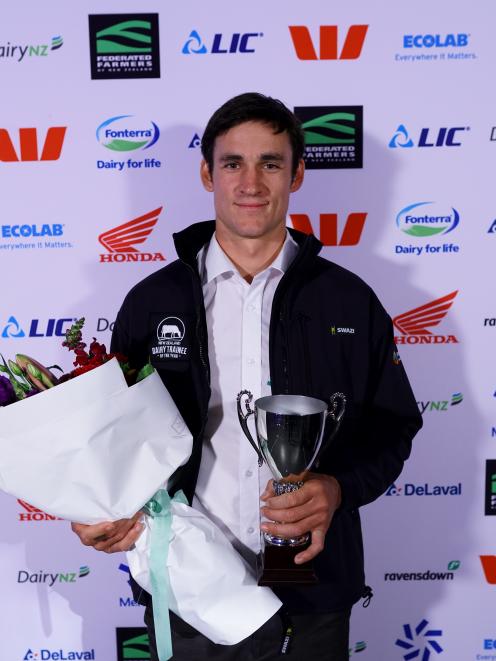 Originally from Waikato, Mr Groenendijk decided to move to Canterbury just before the Covid-19 lockdown, after being made redundant. He joined his partner, who had moved south to take up a new job the previous month.

A graduate from Massey University, with a master’s degree in animal science, Mr Groenendijk decided the time was right to embark on a career in dairying.

"I was down here for the lockdown and it all happened pretty fast. There were plenty of dairy farm jobs going and this one fit the bill."

Mr Groenendijk started work in June as a farm assistant working across two Ngai Tahu Farms at Eyrewell, near Oxford, one milking 970 cows and the other 930 cows.

While there were usually four staff on each farm, with casual labour to help during the busy periods, Covid-19 had created its challenges, leading to staff shortages.

"I first started during the winter and it was great. It was nice and cruisey, not getting up early and not having to do long hours, and then calving hit.

"It’s been a fast learning curve, but it’s been good. I think we’ve got a pretty good crew and the farms are pretty well set up with modern systems, centre pivots and modern milking sheds."

"Having studied and having that background gave me good knowledge for the interview questions, but on the practical side, I was surprised to win.

"I was able to identify all the different types of feed and I had to do a tractor pre-start check, but they asked me to name some water pipe fittings and I had no idea. I’ve never had to go to the shop to buy them before."

While his fellow trainees in the dairy awards comprise several different nationalities, Mr Groenendijk is a Kiwi, born to a German mother and with Dutch ancestry on his father’s side.

Long-term his goal is to return to his family dairy farm in Waikato.

"I want to learn as much as I can and over the next two to three seasons to move into a manager’s position."

Runner-up went to Kelly Poehls, a farm assistant on a dairy farm across the road from Mr Groenendijk.

While there were challenges in the industry, Mr Groenendijk was optimistic about the future.

"My viewpoint is there’s always challenges and there always will be, but there’s good demand for our product and it will continue to grow over time.’