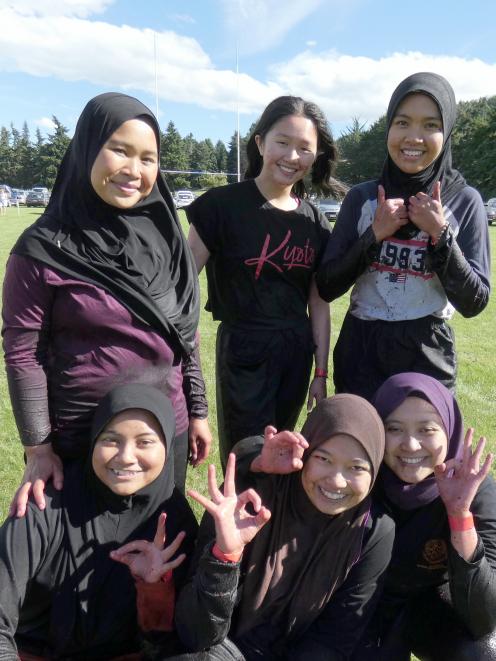 The event was a welcome day of fun for a group of Malaysian students from the University of Otago.

Ain Aidil said this was the first time she had come to the Teviot Valley.

She was studying finance and was enjoying taking time out from the books to make the journey to Roxburgh.

There had been some rain, but it was a great break to have a day out in the sun and it had been a fun day at the festival.

Event manager Martin McPherson said there was a cheerful crowd for the event as the rain stayed away for the afternoon.

The main event was the cherry obstacle course, with teams of six racing under netting, rolling along in wheelbarrows and climbing over a haystack slide, all while being pelted by cherries.

About 33 teams of six took part in the competition.