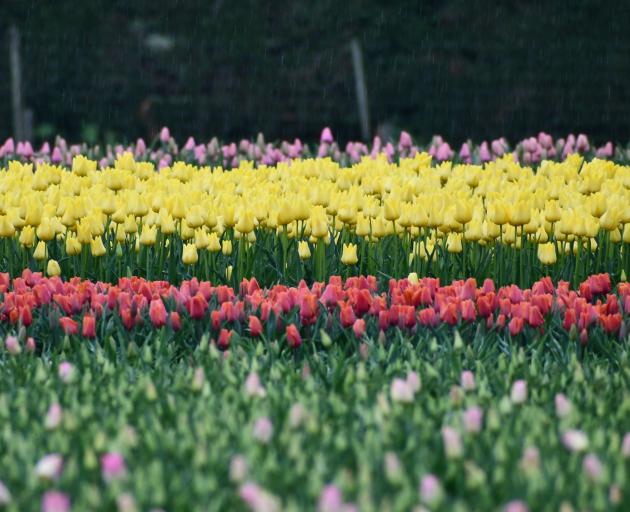 Tulips bloom on a farm in Southland. PHOTO: LAURA SMITH
A Dutch-owned Southland flower company has bought a new block of land near Invercargill for $1.6million.

Horizon Flowers NZ Ltd has taken ownership of a 41ha block in Mabel Bush, according to an Overseas Investment Office decision.

Horizon Flowers is one of several companies with Dutch connections growing tulips for export in the Southland region.

Its new block of land is at present being used to grow supplementary feed and is next door to Horizon’s existing bulb facility.

The company intends to grow tulips bulbs on the land, on a rotational basis, with the remainder used to grow supplementary feed and other crops as part of the rotation plan.

The OIO decision says the investment is likely to result in the creation of new jobs and additional investment in new equipment that will increase export receipts.

The consent was granted because the benefit likely to occur as a result of the investment was considered ‘‘substantial and identifiable’’.

In 2019, Horizon Flowers bought a 162ha dairy farm in Mabel Bush which required ministerial approval. About 175million tulip bulbs are exported from Southland each year.

No-one at Horizon Flowers NZ Ltd could be reached for comment yesterday.