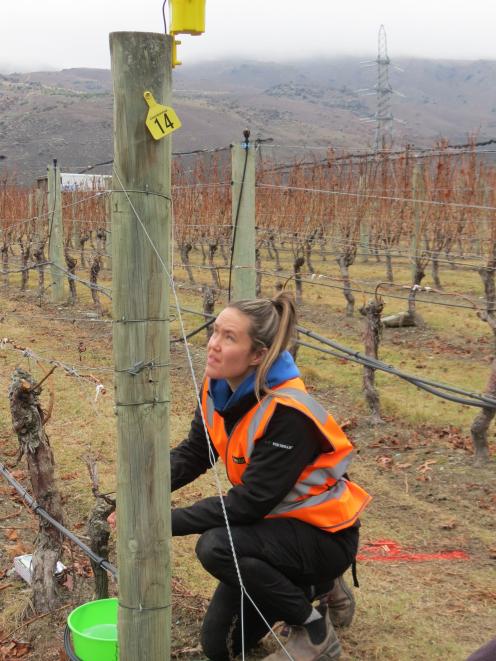 Annabel Angland. PHOTO: YVONNE O’HARA
A viticulture technician with a sheep and beef background is to represent Central Otago.

She will represent the region at the 15th annual national finals in Martinborough in October.

The other five contestants were Katrina Jackson, from Chard Farm; Hannah van Velthoven, from Prophets Rock; Daniel Brewster, from Akarua; Annabel Wylie, from Rippon; and Theresa Woessner, from Domaine Thomson.

Ms Angland (24) is in her fourth year with Peregrine Wines and it was the third time she had entered the contest.