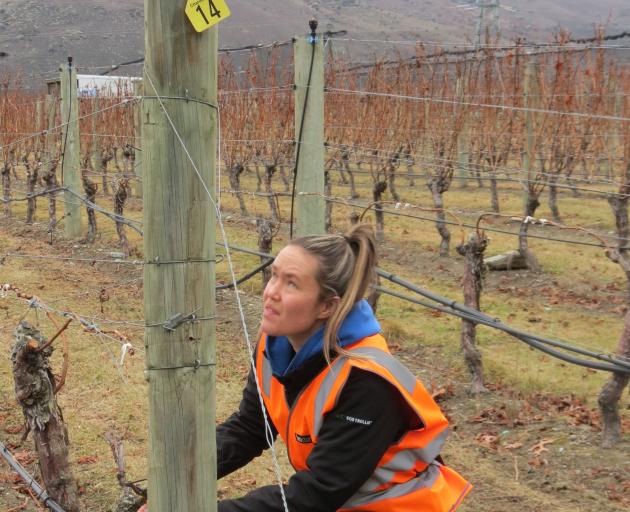 The competition was won by Annabel Angland, of Peregrine Wines, who will go on to represent the region at the national finals in Martinborough in October.

Liam Burgess, of Viticultura Group, was second and Jordan Moores, of Felton Road Wines, was third. 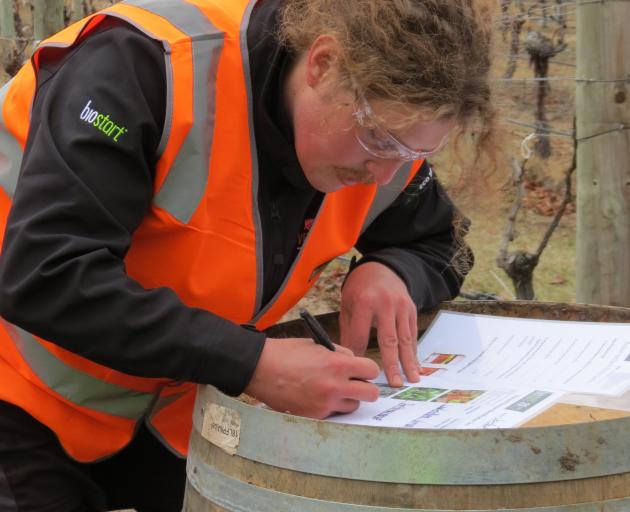 In addition to trellising, pruning, machinery, pests and diseases, irrigation and budgeting modules, the eight contestants also took part in a blind wine tasting and an interview, all done in a bitter 2degC.

They also competed in the head-to-head BioStart Hortisports, which included rolling a barrel, assembling a frost light, mixing chemicals and finally landing a toy helicopter on a barrel, a feat no contestant achieved. 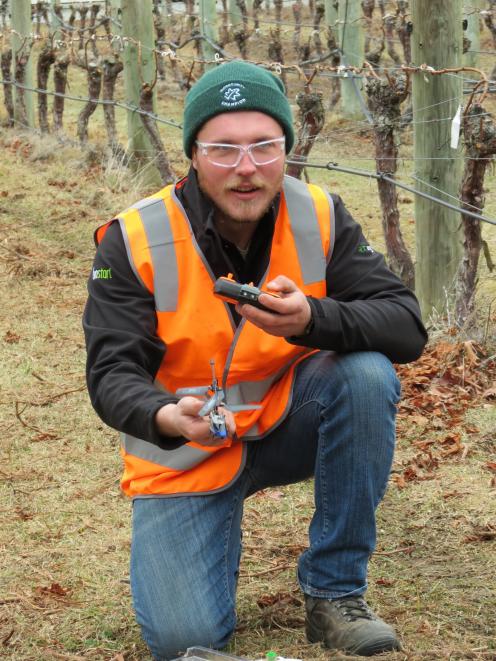 Daniel Brewster, of Akarua Winery, tries to operate a toy helicopter during the competition.

Instead they had them flying into vines and fence posts and dropping out of the sky.

Audience members and judges advised them to throw them at the barrels.

Ms Jackson, of Chard Farm, got the closest.

"I spotted a loophole."

She held the toy and as the engine ran, placed it on the barrel.

A Professional Reputation Award was won by Daniel Brewster.