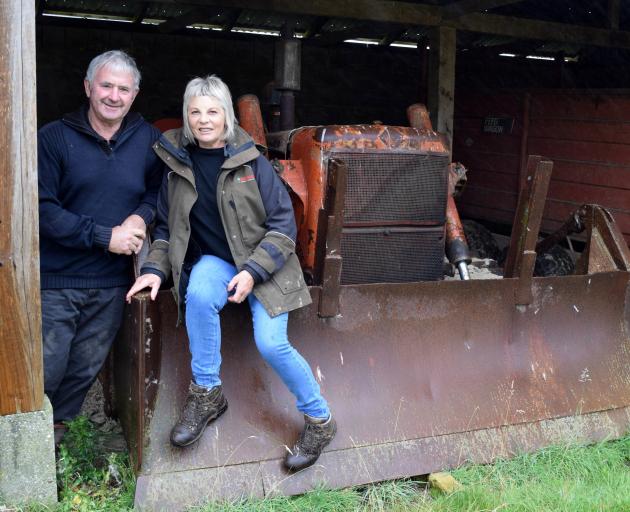 Howie and Marion Gardner (both 66) will hold a clearing sale on their farm Awakiki Ridges in Puerua Valley tomorrow.

Awakiki Ridges has come a long way since his parents, Clyde (now 93) and his late mother, Beth, bought the land and started developing it in the mid-1960s.

The property was once considered "the worst bit of dirt in South Otago," Mr Gardner said.

"It was once referred to as ‘400ha able to starve 500 sheep’ — that was the standing joke but it probably wasn’t too much of an exaggeration — it was a terrible piece of land."

Nearly 9000 stock units were thriving on the farm before clearance sales began.

The cattle, mostly Hereford-Friesian cross, which would be part of the sale tomorrow, were a breed selected because the calves regularly fetch good prices.

For the final time, the couple watched their calves being sold at the Owaka Calf Sale last week.

About 5000 Perendale sheep were auctioned on-farm last month, to get them away as dry weather in the area starts to bite.

The clearing sales were due to the 950ha effective farm being leased to Craig and Kayla McKenzie from April 1.

The McKenzies would live on a homestead on the farm.

The Gardners would continue to live in the house they built on the farm and continue to maintain its 400ha of forest — about half native and the rest production.

Some farm machinery had been maintained to allow the Gardners to continue work such as fencing and gorse spraying.

Mr Gardner was retaining his working dogs so when time allows, he could trial at Warepa Collie Club, possibly with an aim of competing in the New Zealand Championships, when the Otago Centre hosts it next year.

In retirement, he plans to spend more time playing golf.

"I’m looking forward to the pressure going off and enjoying a bit more golf."

Although a driving range on the farm was part of the lease, the agreement allows him to continue using it.

Friends at Balclutha Golf Club had challenged him to "shoot my age before I get past par".

The challenge was a "long shot" but he liked his chances "if my body holds together". 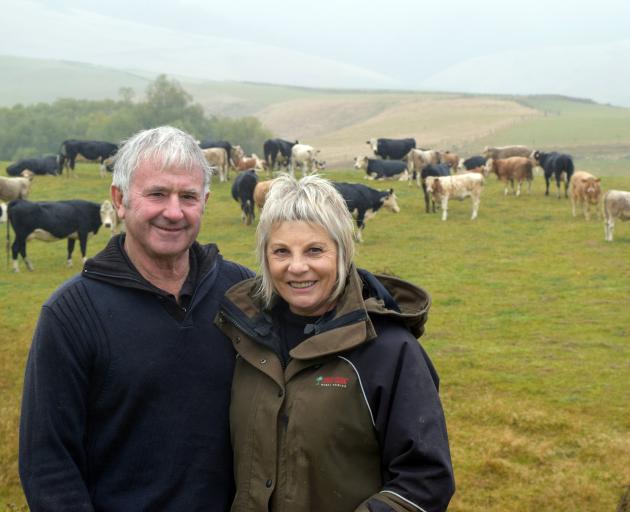 The clearing sale will feature stock including cows, heifers and bulls.
The Gardners met as pupils at South Otago High School and had been a couple since the age of 16.

Mr Gardner lived on his family farm, Rosemains, nearby in Romahapa and Mrs Gardner (nee McKenzie) lived on her family’s poultry farm in Waiwera South, near Clinton.

The couple had been together for more than 50 years and recently celebrated their 44th wedding anniversary.

Under advice from his parents to gain experience off the farm, he spent seven years in the Royal New Zealand Air Force in the North Island.

The couple lived in Bulls, a small town in the Rangitikei District, as he serviced and fitted-out electronics at the Ohakea Base and she worked as an operating theatre nurse at Palmerston North Hospital.

After an opportunity became available, they returned to live at Rosemains in 1979, a year after getting married.

In 1983, they built a house on Awakiki Ridge, which was once a run-off block serving Rosemains.

He acknowledged the hard work of his parents developing the land, including using a 1948 Allis Chalmers HD6 agricultural crawler — which is part of the sale tomorrow.

"We wouldn’t be here if it wasn’t for what they developed," Mrs Gardner said.

Everyone had worked hard to improve the farm and ensure it continued.

Mrs Gardner worked as a midwife in the area for nearly 30 years.

"That was a major part of my life."

The income helped when times were financially tough on the farm in the 1980s.

Mr Gardner said the then 650ha farm was "technically insolvent".

"We owed more than the place was worth."

They were able to build their house using funds from the Government’s Supplementary Minimum Price Scheme.

When the scheme was scrapped in the 1980s, the family lived "extremely frugally" but continued to slowly develop it, spraying gorse and applying fertiliser, remaining resilient through the tough times until the sector "came right" in the late 1980s.

Awakiki Ridges had a major development about every decade.

On the farm, the couple raised three children, Rhys, Tracey and Gina.

None of them had shown a desire to take over the farm but they were all smart enough to govern it, the couple said.

"None of them are crazy enough to go farming," Mrs Gardner laughed.

Mr Gardner had been on many boards in the primary sector but was now on just one.

He was on the board of his son’s business, Gfactor Technologies, a driving simulation start-up company in Dunedin, which was going well.

If you took a map and drew a triangle on it by using Balclutha, Clinton and Owaka as its three points, Awakiki Ridges would be in the centre of the shape.

The regular cool easterly sea breezes blowing in the valley made flystrike a rarity.

Dry conditions were becoming more common including a "vicious drought" last year, which made for a tough winter.

"We carry large reserves of silage and I shudder to think how many times it’s been opened in the past 10 years."

Droughts were becoming more regular on the farm.

A significant drought featured once in the 1970s and 1980s, compared to eight in the past decade.

"You can argue about climate change all you like but the climate has certainly changed here."

Some friends had suggested they might struggle to retire and leave farm life behind.

Both Gardners disagree, saying once they make a decision, they stick with it and never look back.

"It’s always been the way we operate — we look at all the factors, consider all the options, make a decision and go with it," Mr Gardner said.

Farmers had to continually make decisions, knowing it could be a mistake, as unforeseen factors unfold, such as weather.

"You make a call and you live with it."

The next decision would hopefully "extricate" any wrong decision.

However, too many wrong decisions could make a farmer "gun-shy and drift towards being over-conservative".

By "digging yourself out of a few holes" it gave you the experience to make better decisions for a brighter future on farm, Mr Gardner said.

"We’ve had a lot of good times here and we are going to have some more."