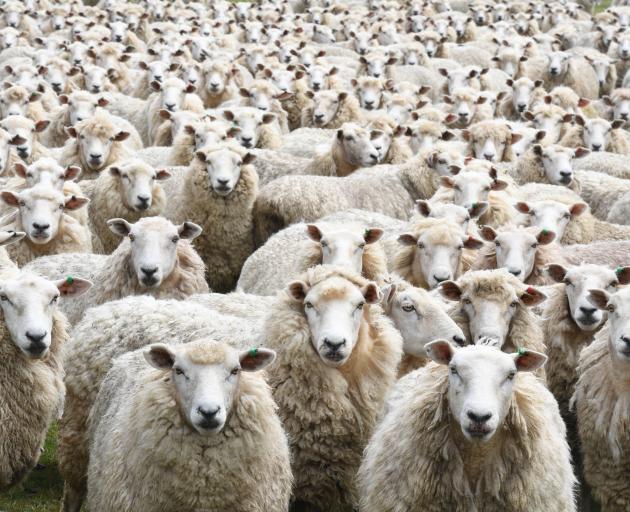 Lamb prices surprised by surging over the year, while beef prices were consistently strong.

Butter made a stunning comeback during the year, helping the dairy sector consolidate its position with another positive year.

The meat sector took centre stage in 2017 and the year was one out of the box for lamb prices, he said.

After a quiet start, per kg prices surged over the ''lucky'' $7 mark, reaching their highest level since 2011.

The price surge for lamb came out of the blue. Most analysts, including ASB's Farmshed Economics, did not see it coming. Prices started the year at mediocre levels, giving no hint of what was to come, Mr Penny said.

The beef sector was not to be outdone. Beef prices had been consistently high through the year, continuing a stellar run since early 2015.

Although not quite getting to the 2016 record highs, beef prices showed consistent strength, Mr Penny said.

The average price through 2017, measured in New Zealand dollars, was 24% above the 10-year average.

It seemed the more things changed, the more they stayed the same when it came to beef prices.

Despite recovering United States production, Australian droughts and record slaughter, per kg prices for P2 steers had rarely dipped below $5 since early 2105, he said.

''For both beef and lamb, we expect the good times to roll on. Although we would caution there is a risk drought could spoil 2018's party.''

Both butter and anhydrous milk fat prices set multiple dairy auction records. Eventually though, a butter price limit was reached and, as consumers reined in their demand, prices fell.

The ASB milk price forecast had reflected butter's movements over the year.

For most of 2017, ASB held its forecasts at $6.75 per kg of milk solids as butter prices continued to surge.

However, as customers began to resist the sky-high prices, the forecast was dropped to $6.50. Either way, the 2017 season was shaping as a second successive positive one for dairy farmers, he said..

In contrast, financial markets had a quiet year. Interest remained low while the New Zealand dollar largely tracked within a tight range either side of US70c.

The biggest local development came with the retirement of Reserve Bank governor Graeme Wheeler and the appointment of new governor Adrian Orr.

Rural land prices lifted during the year, as expected. Surprisingly, it was the non-dairy sectors driving the majority of the land price rise, Mr Penny said.

Heading into 2018, he expected to see broad strength across a range of rural sectors to drive land prices higher still.