North Canterbury farmers Katrina and Chris Herbert are looking forward to the New Zealand Agricultural Show in Christchurch in November. They say agricultural shows are essential to maintaining connections with urban communities. Photo: David Hill
Sheep and cattle at A&P shows go together like candy-floss and Ferris wheels. Cattle have been missing at some shows recently in the wake of the Mycoplasma bovis outbreak but are set to make a return at several Canterbury shows.

For the Canterbury A&P Association’s new president Chris Herbert, the inclusion of cattle is an important part of show day. It was often the only chance city folk had to get up close with sheep and cattle, reinforcing the importance of A&P shows in bringing together town and country.

As he looks ahead to this year's New Zealand Agricultural Show, the Canterbury A&P Association president said the shows were often the only chance city folk had to get up close with sheep and cattle. 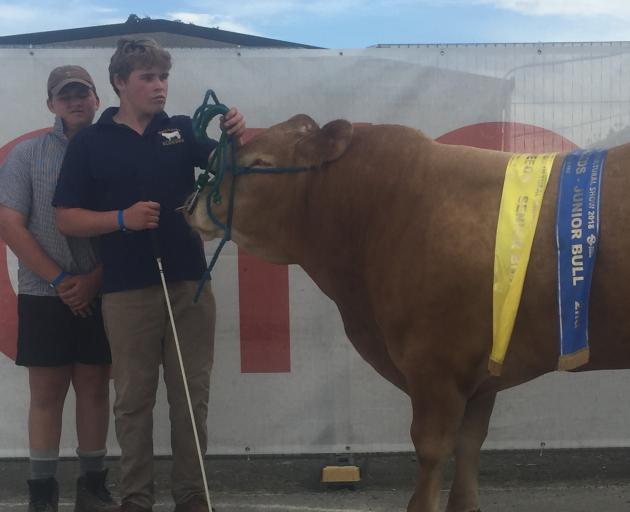 Photos: Supplied by Chris Herbert
''The city farmyard and sheep maternity ward are extremely popular. A lot of those kids would not get the chance to see those animals otherwise, so I am keen to bridge the rural-urban divide and keep it going for the children.''

''It's not only about the animals. When the boys were little they used to go and jump on a tractor and there's a fair few deals done with the farm machinery,'' his wife Katrina added.

Mr Herbert first exhibited cattle at the show in 2000 and joined the cattle committee 15 years ago.

The couple farm at Omihi, North Canterbury, with their sons Louie (16) and Charlie (14), who both attend Christchurch Boys' High School.

The family has the only registered blonde d'Aquitaine cattle stud in New Zealand, Rockhaven Blondes, and has 28 stud cows in calf this season. 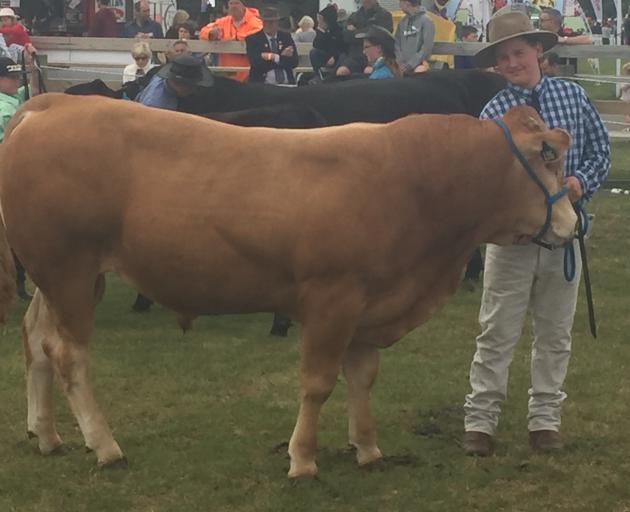 Charlie Herbert leads a blonde d’Aquitaine bull at last year’s New Zealand Agricultural Show.
With Mr Herbert's show commitments, Louie and Charlie take charge of the cattle at the show, under the watchful eye of their mother.

''The cattle-showing community at Canterbury is pretty tight and they keep an eye on our kids, but there's still a bit of sibling rivalry,'' Mr Herbert said.

Show preparation began in the April school holidays when the boys returned home to the farm and began teaching cattle to lead. .

Training continued over subsequent school holidays to get ready for parading in the show season.

Blonde d'Aquitaines originally came from the Pyrenees mountain range between France and Spain, so were used to cold and extremely dry conditions.

A blonde d’Aquitaine bull is led in the yard at the Herbert’s Omihi farm.
Mrs Herbert grew up on a lifestyle block at Amberley and Mr Herbert grew up on Shell Rock farm near Waikari and Weka Pass (inland from Waipara), which contains the famous Frog Rock.

The Herberts bought the 400ha Netherwood deer farm at Omihi10 years ago.

While they still had some trophy deer, it was mainly run as a beef-finishing farm, and they also ran a few sheep.

Mr Herbert said an innovation at this year's show would be a barbecue competition with semiprofessional teams competing.

Above all, the couple just wanted to enjoy the experience of presiding over the show.

''We are not people who want to be in the limelight. It's not about us, it's about the show,'' he said.