A large fire has highlighted the need for a greater water supply in one of the “driest areas” in North Otago.

Last month, a blaze in a pine forestry block near Livingstone burnt through 611ha.

At a public meeting with officials last week, farmers asked if there was a plan to install more water in the area, to help fight fires.

One farmer, whose pond was used during the emergency, knew there was no water for the helicopters to use when the October 4 fire started.

“I knew they would be coming to visit our pond .. we use it for irrigation, but it can dry up and we pump it out and there would be no water there,” he said.

“I realised we going to get volumes of water?’.

“I’m just saying we need to think ahead now with the changing climate, where can we work together.” 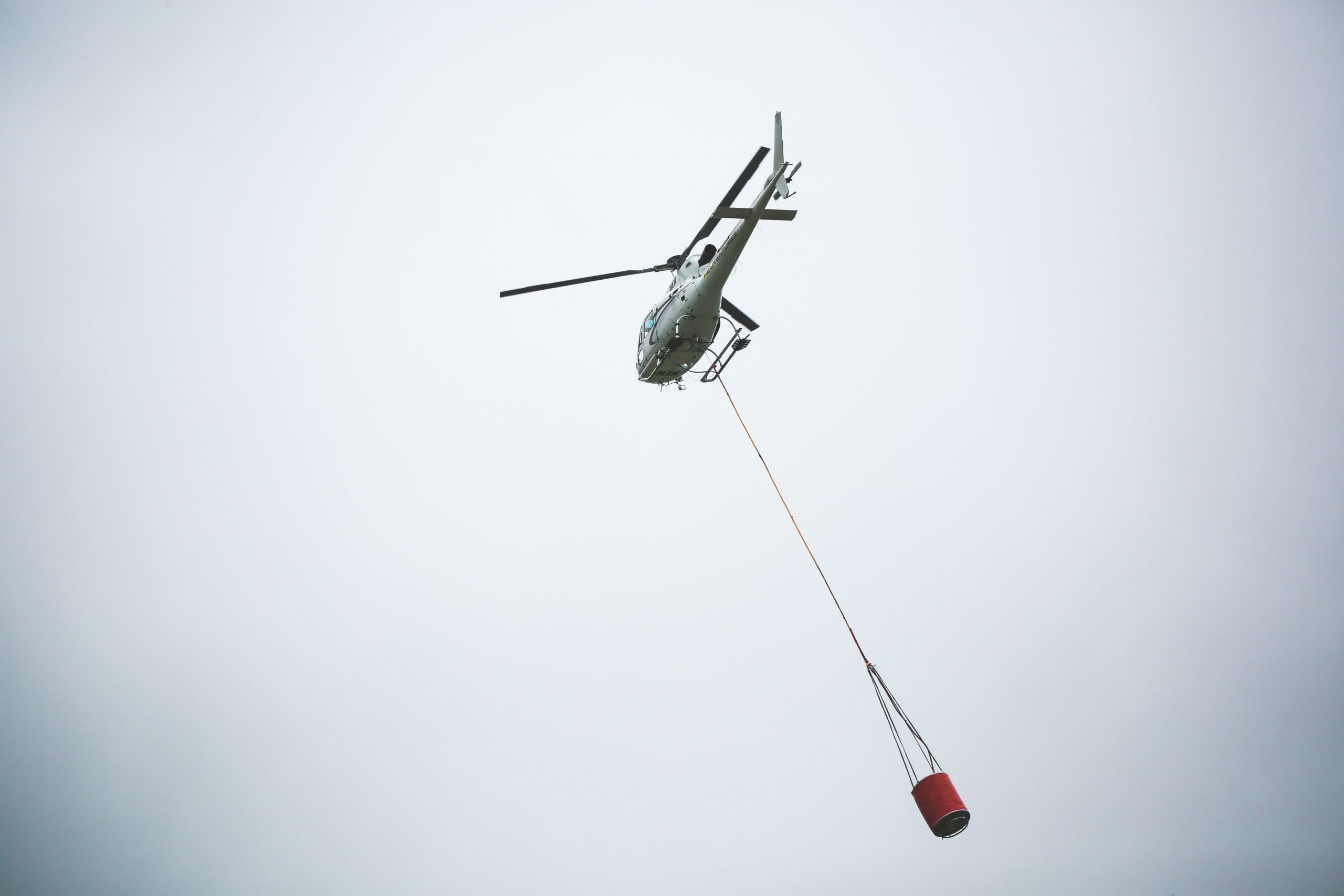 One farmer, whose pond was used during the emergency, knew there was no water for the helicopters to use when the October 4 fire started. Photo: File

It was a district-wide problem and there needed to be water closer to areas such as Livingstone, for helicopters to fight future fires.

“Choppers are a massive weapon in this kind of stuff to stop fires spreading and just having the access to water – we need to think about it.”

“We’ve invested a lot of time in the last 12 months looking into it and trying to get an answer from different agencies about what is the standard, and what do we need – we haven’t got there yet,” he said.

“We are not going to shy away from it . . . we’ve been catching up with our neighbours and seeing what we can do.”

Waitaki Mayor Gary Kircher said he wanted to look into rules in the district plan.