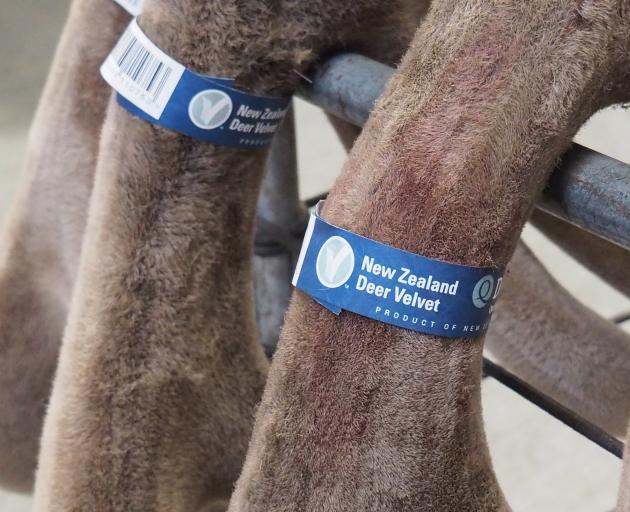 The new VelTrak velvet traceability system will be ready to go by the start of this year’s velvet season. The new Deer Industry New Zealand tags will be similar to these from 2020 but black. PHOTO: DINZ
VelTrak is on track to be introduced in time for the next velvet season.

The system was the industry organisation’s new electronic, web-based method for tagging and traceability, which would follow each individual stick of velvet through the supply chain, from farmer to market.

Each tag, which would cost farmers about 49c, was made of synthetic paper, and as VelTrak was solely web-based, that was the only paper involved.

Each tag has a RFID UHF chip embedded in it, as well as a barcode, and would remain with each stick of velvet for easy traceability.

"It is novel technology, and a pretty sophisticated piece of software.

"We have thought long and hard about the benefits of this system and we believe those benefits outweigh the cost," he said.

The new system assured buyers along the supply chain that the velvet was produced to New Zealand’s high food safety standards and animal welfare requirements.

"New Zealand is well regarded and we need to protect our reputation," Mr Moffat said.

Vets allocate the tags by scanning the barcodes and entering them on VelTrak against the farmers’ names and it was up to the farmer or the vet to apply them.

The data is automatically uploaded into the system, which Mr Moffat said saved a huge amount of time.

"In addition there is increased accuracy, and increased robustness."