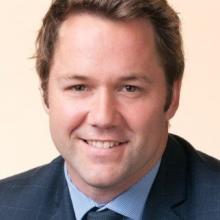 Hamish Walker
Farm workers refusing to leave their accommodation are causing headaches for farmers preparing for the start of the new dairy season.

Mr Walker had been contacted by more than 10 farmers with issues about former employees not moving out of the accommodation provided for working on the farm.

‘‘Half of the farmers who have contacted me have said the former employees know full well the accommodation is needed for the new staff coming to the farm but are refusing to move because they know they don’t have to.

‘‘It is making an already stressful and challenging time even more daunting for farmers as they are trying to attract and, in some cases, retain new employees they have signed on,” he said.

The law changes were made with the right intentions but the Government now needed to assist farmers in getting changes made so they could prepare for the upcoming dairy season, he said.

Federated Farmers national dairy chairman Chris Lewis said the issue was an ‘‘unintended consequence’’ of the law changes which were passed as part of the Covid-19 response.

Both Federated Farmers and DairyNZ had received many calls from members and farmers about the issue.

Federated Farmers had written to the Government outlining the issues and asking for an amendment to the Act.

If that did not happen, then there would be ‘‘a whole lot of employees’’ who might not be able to take up employment on June 1 and they could be homeless, Mr Lewis said.

Those employees — some of whom would be coming from other industries, such as tourism or hospitality, having lost their jobs — needed to be on farm to get trained before the start of the season, he said.