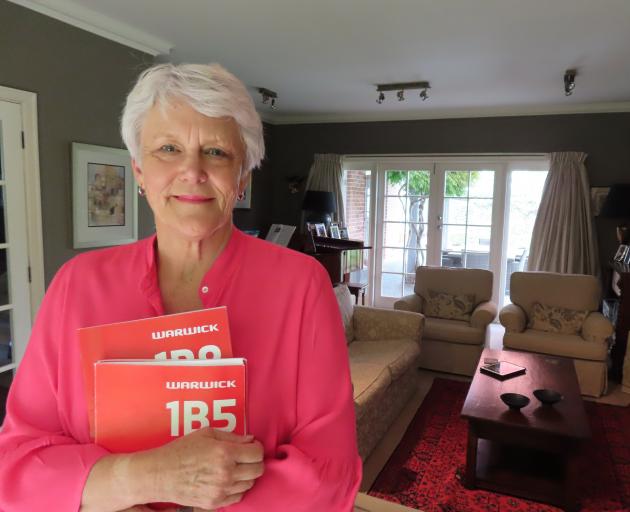 Alison Argyle has published a book about the rural downturn of the 1980s.PHOTO: LINDA CLARKE
Mid Canterbury farmers today are among the most productive on the planet, but 35 years ago they were angry and bitter about government policies that were driving some from their land.

The rural downturn of the 1980s had a big impact on the district’s farmers and their families. The businesses of Ashburton suffered, too.

Emotional and hard decisions made then continue to have ramifications for some families today, says first-time author Alison Argyle, who has published a book about the downturn and its resulting grief, stress and challenges.

She spent nearly three years interviewing 40 farmers, workers, farm consultants, bankers, social workers and others and has woven their stories into a 130-page book called The Half Banana Years.

The title reflects the fact that money was so tight for some Mid Canterbury families, bananas were cut up and rationed out to their children.

Ms Argyle said it was important that memories of the time were recorded before they were lost. It was a painful period in the district’s history. At one time, two-thirds of the district’s 1200 farming families were existing on special needs grants and some farmers did not survive.

While grief and loss were part of this period, so too were resilience, strength and opportunity, she said.

"People were challenged and lives dramatically altered during these years but many people in the district were totally unaffected and unaware of what was happening to others."

The former teacher recalled a fight in her class at Ashburton College, the result of underlying tensions in a rural home after an offhand comment by a town

Family loans were forgiven at emotional "restructuring" meetings, children were brought home from boarding school, farmers’ wives found themselves working on the farm or went back to former jobs. It changed society.

"I have used names in the book," she said.

"One or two wanted anonymity but generally speaking, people were more than happy to talk because time has elapsed."

Time did not make the memories any less painful.

"Their feelings were so raw. This book is not an economic analysis of Rogernomics, though it rests on the background of that. It is about the human stories, stories that were in danger of not being recorded.

Ms Argyle said the painful time had helped shape Mid Canterbury into the successful farming area it is today.

She saw that as she drove to all corners of the district to interview farming people, often stopping at the end of their long driveways to transcribe notes into exercise books, before committing the words to computer screen.

The book was launched at a function at the Mid Canterbury Vintage Machinery Clubrooms.