By Mark Price
4 Comments
Charles Innes looks too rugged to be a man who cannot sleep at night for worry.

However, he admits he does, and says he sometimes resorts to a little home brew to solve the problem.

With no tourists using his backpacker accommodation, a predicted 26% drop in average farm profits before tax on sheep and beef farms this season and children to educate at boarding school, Mr Innes has plenty of material for worrying. 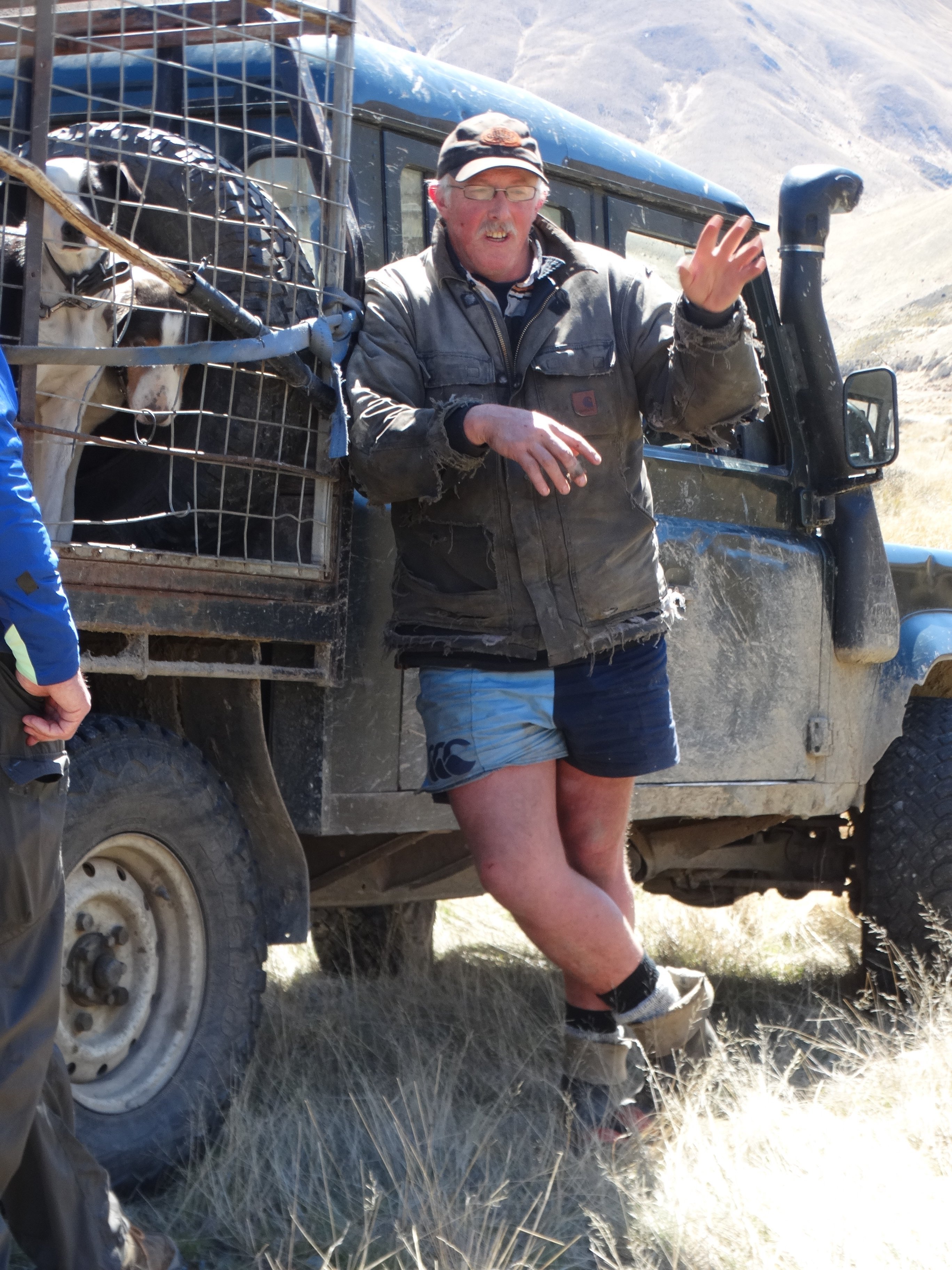 Dunstan Downs co-owner Charles Innes. PHOTOS: MARK PRICE
He expected completing the tenure review process could help financially, although it might not save the farm.

The Innes family have held the 12,300ha of Dunstan Downs Crown pastoral leasehold land, neighbouring the Lindis Pass, for 101 years.

It first entered the review process 20 years ago, and the family hopes it will be completed next year.

If a "preliminary proposal" is accepted, the farm will become 2815ha of freehold land, with grazing concessions over a similar amount, but running out over the next 15 years.

It will consist of part of what Mr Innes refers to as the front country along State Highway 8, including a thin sliver of green rising steeply to brown hillsides.

The backcountry is a magnificent spread of tussock and scree slopes — including the headwaters of the Dunstan River — where Mr Innes sends his sheep for summer grazing.

That would become public conservation land, open to anyone keen for a long walk or cycle ride. 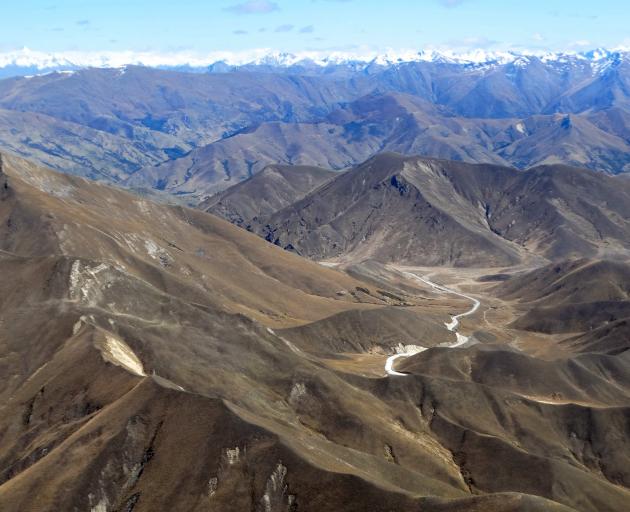 The Lindis Pass, with part of Dunstan Downs on the left.

The family entered the process willing to give up a big chunk of the property’s Crown pastoral lease land in return for the freehold land and the promise of being independent.

Asked why it had taken so long to get to this point, Mr Innes said it was because of "bureaucratic nonsense — the other side not getting what they want".

The "other side" was the conservation lobby, members of which flew over the farm earlier this week assessing the land’s ecological values. 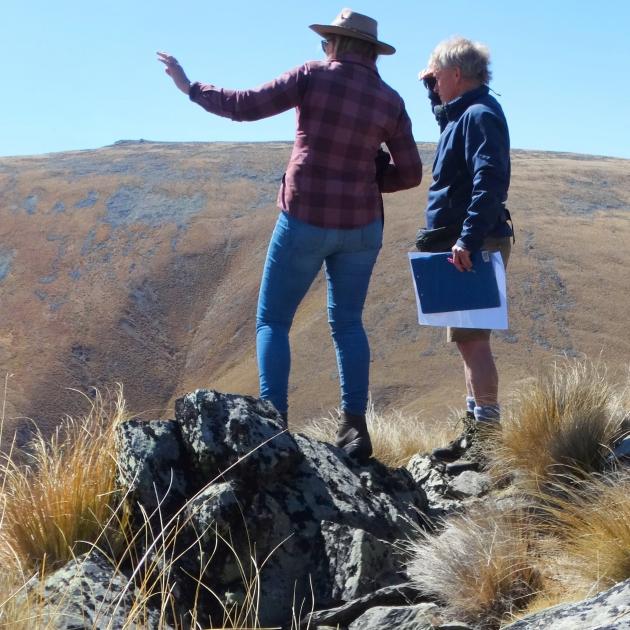 "We’ve bent over backwards. Yet, there’s no give on the other side. Just take, take, take."

The family pulled out of the process once, having been "insulted" by an initial proposal.

The current proposal, now out for public submissions, would leave the family with a property that would be hard to farm economically, because of the loss of summer grazing land and the reduction in sheep numbers.

There was the prospect of cash for the lost income and for the property improvements given up, although Mr Innes said it was incorrect to suggest farmers were paid out for the land itself.

Asked about what plans the family had after tenure review, Mr Innes said, "what plan do you want to hear?"

"There’s been so many plans. What can I afford to do, that is the big thing."

We the public too, are giving away a massive amount of public land. The governments did system to stop water rights in perpetuity, I do not understand why the public land in leasehold cannot be similarly remodeled. We, the NZ public puts farm managers onto these lands and protects the conservation estate but also farms and returns from the economic areas of the farms which helps pay for the systems of land and conservation care.

This govt are unlikely to do farmers or the country any favours since they have neither the knowledge or inclination. Most of them would struggle to tell the difference between a cow and a deer.

Mr Innes forgets .. he’s got the blinkers on, his thinking coloured by completely understandable selfishness.
But selfishness, nevertheless.
The problem when you lease something for a very long time, you come to believe that you own it.
When a semen fertilises an egg, the sense of entitlement that follows, can be quite irrational.
Mr Innes portrays a belief he’s hard done by - but the simple fact is, a great many New Zealanders would swap places with him in a heartbeat and give their eye teeth for the privileged opportunity he now exclusively finds himself in and, unbelievably, still finds cause to complain about.
Who wouldn’t jump at the opportunity to buy thousands of hectares of freehold land for what has been an historical average of around $200 per hectare?
It is a simple, historical fact that past Tenure Reviews have generally provided the opportunity for people to walk away from the table with millions. And, on the face of it, most would have.
Pastoral lease land *belongs* to the Crown, effectively it is publicly-owned land.

The Innes’ have had the *benefit* of leasing the land for 101 years .. mostly, at a peppercorn rental.
If Charles Innes could just take his selfish hat off for a moment, and instead put on the hat of the wider public of New Zealand (who currently own the land he so obviously already regards as his), he may find his perspective changes quite dramatically.
Most of the very small number of members of the public who engage in this process are thinking very unselfishly. They are thinking of future generations of New Zealanders, and the perpetual interest they have in the land.
One example, being the future ability to freely access across the land including the passage of vehicles, carriage of firearms (for hunting) and accompaniment of dogs to get to Public Conservation Land beyond.
Mr Innes won’t like my comments here. Nor will a number of his buddies. But if he goes for a wander up to the top of one of “his” ridges, takes his blinkers off, and looks out with fresh eyes as far as the eye can see I am sure he will understand, if he’s honest.
The opportunity before us is far greater than just being about him.
And not everybody is out to get him.