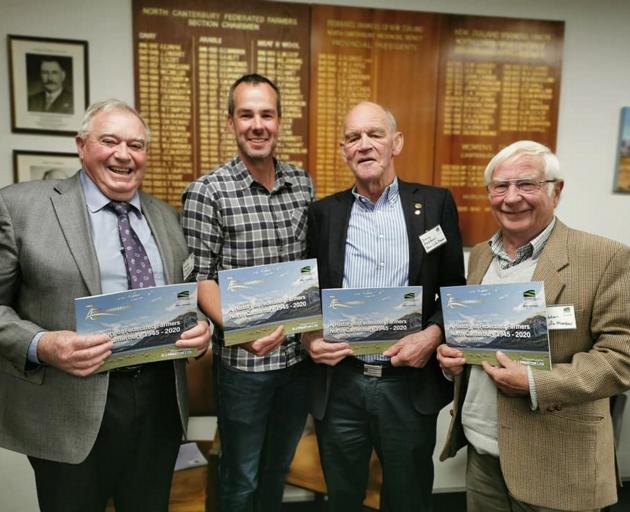 To Mr Henderson’s surprise the Christchurch board room was packed, with another five members joining via Zoom.

"The AGM went well, with many able to attend in person. We had a great discussion led by Chris Allen and Claire McKay about water policy.

"It was a great way to celebrate the 75th AGM with some nibbles, drinks and a cake after the meeting. All in all a great night."

Mr Henderson, an Oxford dairy farmer, was re-elected president to complete his fourth and final year and Caroline Amyes was elected junior vice-president.

Rachel Stewart was elected as the new treasurer. She first joined the Federated Farmers North Canterbury board table as a New Zealand Young Farmers representative and was keen to encourage more young farmers to get involved, Mr Henderson said.

"The positions have traditionally been held by men, so it’s good to get a few women on board."

A special 75th AGM book was released, which records some of the province’s history since the 50th AGM.